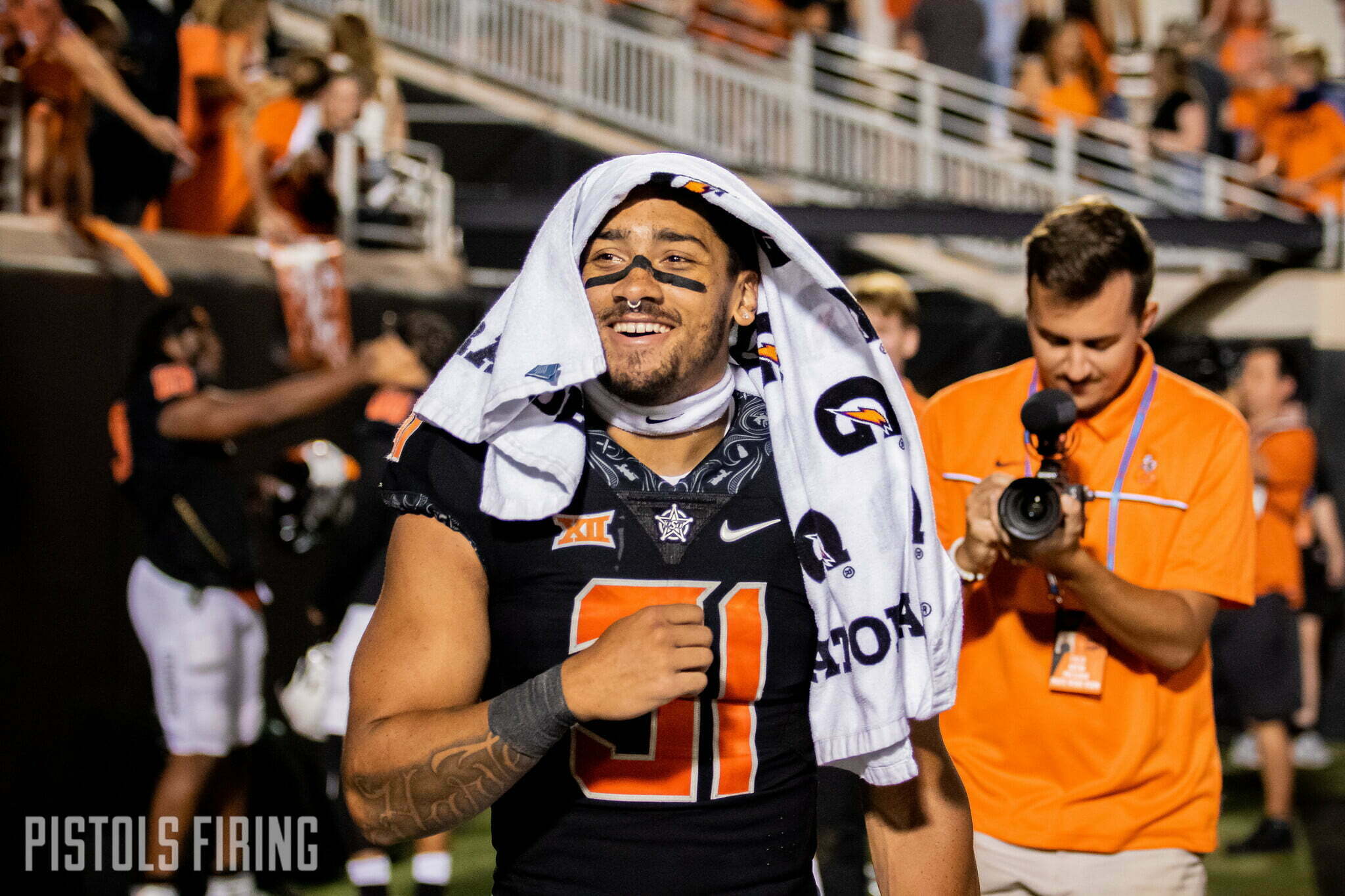 Kolby Harvell-Peel announced his decision to declare for the NFL Draft on Friday evening. Harvell-Peel was a senior this past season but could’ve returned for an extra season because of COVID.

Harvell-Peel was voted to the AP’s All-American Third Team for his work in the 2021 season. He led all OSU defensive backs, and was third regardless of position in tackles, making 70. He had 4.5 tackles for loss, two sacks, three interceptions, a forced fumble and a fumble recovery. His forced fumble and recovery came off a beautiful strip in the Fiesta Bowl last weekend.

Harvell-Peel joined OSU as part of the Cowboys’ 2018 recruiting class as three-star recruit from College Station, Texas. He showed how underrated he was quickly, playing in 11 games as a true freshman. He finished his freshman season with 52 total tackles, 5.5 tackles for loss and a sack.

He was even better in his sophomore season in 2019, securing 71 total tackles and adding five interceptions, two forced fumbles, two fumble recoveries and a ridiculous 15 pass breakups.

In a COVID-shortened junior season in 2020, Harvell-Peel had 44 tackles and two interceptions.

Harvell-Peel exits along with Tre Sterling (NFL Draft) and Tanner McCalister (transfer), meaning there will be a lot of new blood in OSU’s secondary next season with Jason Taylor. The Cowboys do have some guys who have waited their turns, guys like Thomas Harper, Kanion Williams and Sean Michael Flanagan. Trey Rucker also joined the Cowboys this past offseason after transferring from Wake Forest, where he started. Then there are talented, young safeties on the Cowboys’ roster like Kendal Daniels, Lyrik Rawls, Ty Williams and Nick Session.