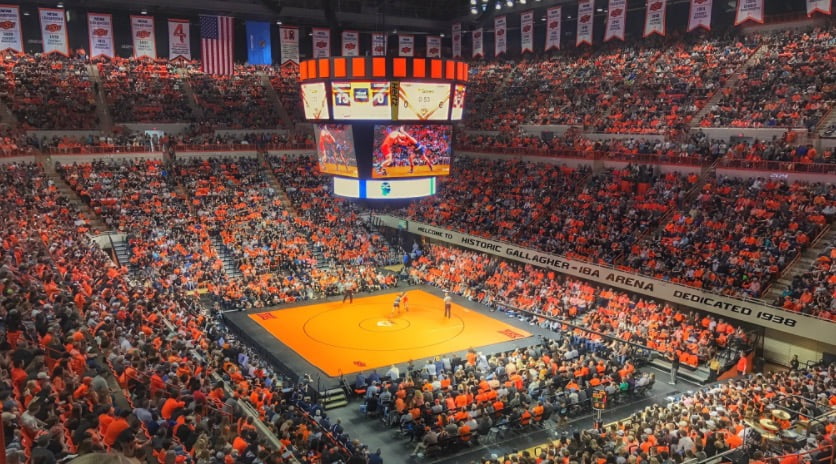 Oklahoma State has seen 27,670 folks pass through the turnstiles in Stillwater this weekend for Bedlam basketball and the wrestling dual against Penn State.

First, the 46th sellout for hoops in the new GIA came on Saturday as OSU beat OU 96-92. Then, OSU set a new overall Gallagher-Iba attendance record with 14,059 folks at the wrestling dual against Penn State on Sunday.

The doors are open at GIA! #okstate pic.twitter.com/sg966uI2wl

Another day, another SOLD OUT GIA! Wishing @CowboyWrestling the best against Penn State ?? #GoPokes pic.twitter.com/XDwvbAGysy

"Orange Power" chant 30 minutes before the Super Bowl of wrestling?

This thing doesn't start for about another hour, and look at the #okstate crowd. pic.twitter.com/BoV3Om8MZZ

Enter #okstate in front of its sold out GIA. pic.twitter.com/ATsveJGjIU