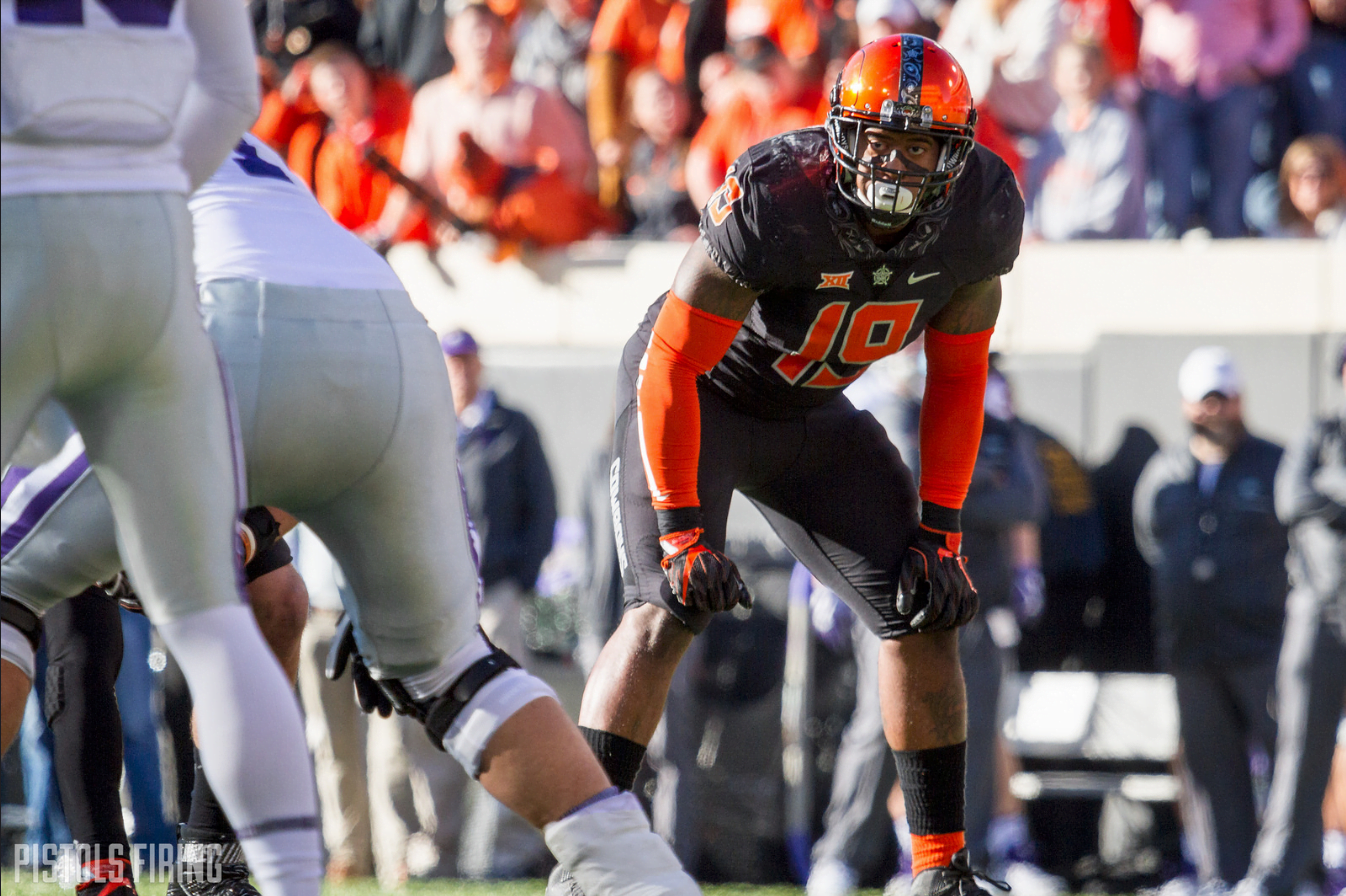 Oklahoma State’s spring schedule is underway, as the Cowboys partake in their third of 15 spring practices Friday.

There’s a group of new faces slated to make themselves more prominent in 2018, and that starts in the spring. There are a list of proven guys who are expected to contribute in the fall, but those who excel in the offseason often indicate their ability to contribute months later.

Chad Whitener is no longer the leader of OSU’s linebackers, which also included Gyasi Akem and Kirk Tucker.

New defensive coordinator Jim Knowles works closely with the linebackers, who each, in a sense, have a clean slate. Knowles became a member of OSU’s coaching staff without much prior knowledge of many Cowboys, so these practices are an ideal time to make an early impression.

OSU has 11 linebackers on its roster. Here’s a look at who Knowles will have to work with at the linebacker position in his first season in Stillwater.

A former NJCAA Defensive Player of the Year will have an opportunity to show his skills on a bigger stage for the first time in 2018. Last spring, Macon practiced knowing he wouldn’t be able to play at the conclusion of the offseason. This spring, he’s gearing up for his first season in Stillwater, and fans have good reason to be excited.

He earned the aforementioned honor in 2016 while at Arizona Western College. During that season, he totaled 122 tackles and nine sacks, and he led the nation with 27.5 tackles for loss and nine forced fumbles. Stepping up to Division I will have its learning curves, but the raw skill and power is clearly there for Macon.

Although Macon hasn’t suited up for the Cowboys, Knowles hadn’t directly worked with any players on OSU’s roster before coming to Stillwater. This levels the playing field for Macon, who has an opportunity to use this spring to show his readiness for 2018.

Multiple Linebackers are Vying for a Starting Job

I expect the linebacker competition to be among the most tightly contested this offseason, especially with the addition of Knowles’ base 4-2-5 defense. With only two linebackers on the field for much of the game, playing time will be more sparse than in the past. This leads me to think some guys could see time at defensive end as an edge rusher, such as Calvin Bundage or Kenneth Edison McGruder. I think Macon, given his strengths, could also see some time on the edge if there are multiple guys who warrant a lot of snaps.

Justin Phillips is more than qualified to start, but as seen above, there are five or six other guys who could see significant playing time this season.

Henry participated in all 13 games as a redshirt freshman in 2016 before readying himself for a bigger role in 2017. His second season got off to a good start as he recorded six tackles against Tulsa in the season opener, but he later suffered a season-ending knee injury.

Henry was recruited as a safety out of high school and was a highly touted prospect. He was a three-star recruit according to 247Sports and had offers from LSU, Auburn, Texas A&M and Ole Miss. His athleticism and versatility will help in Knowles’ defense.

Having only two linebackers on the field will allow the others to stay fresh on the sideline. I wouldn’t be surprised to see a good amount of rotation for linebackers next season, making this unit an intriguing aspect of next year’s team.