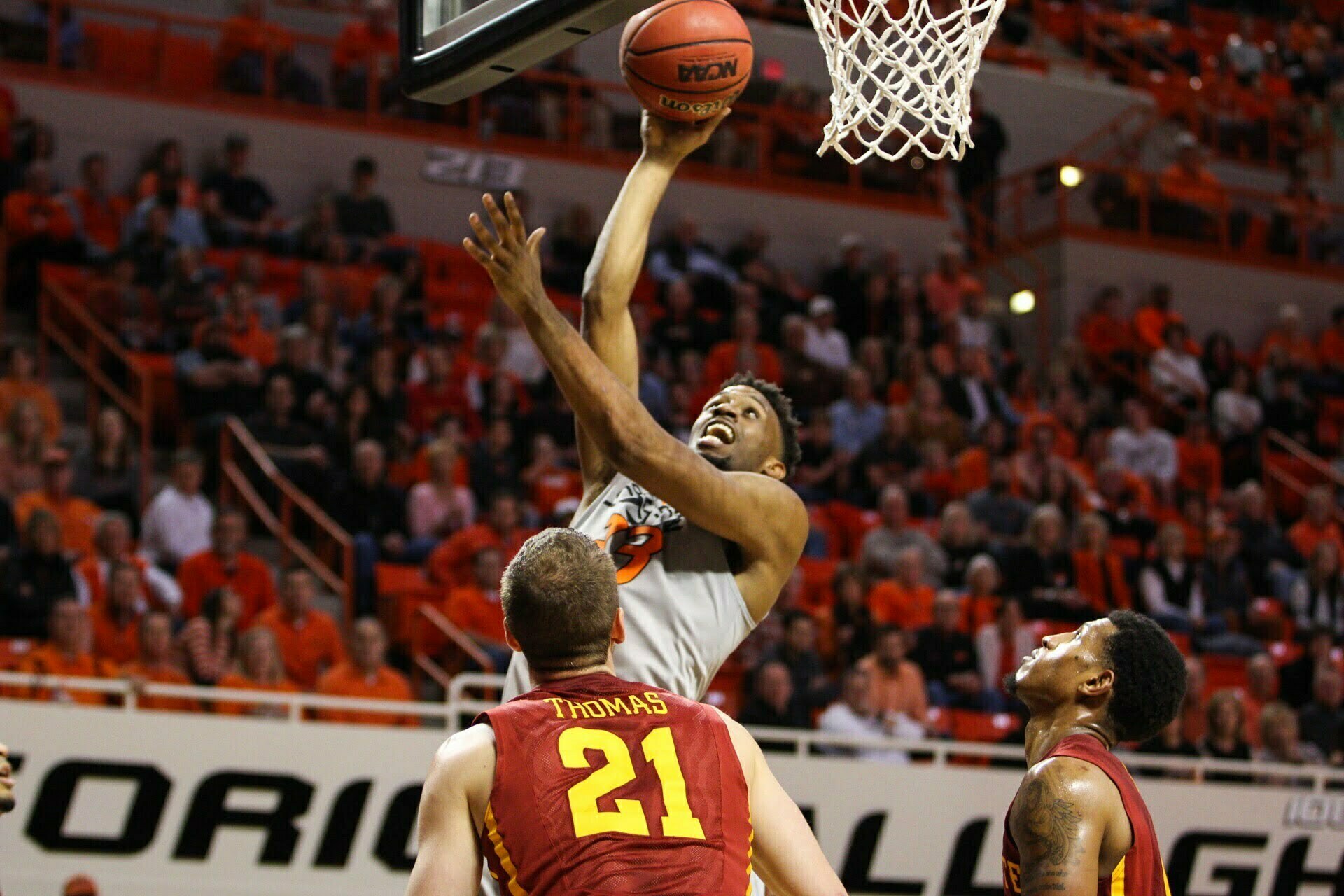 Iowa State denied Brad Underwood win No. 100 again as Iowa State beat Oklahoma State in a shootout, 96-86. The Cowboys shot a torching 53 percent from the field, including 67 percent in the first half, but they couldn’t get buckets late and couldn’t get stops all game against a veteran Iowa State team, who shot 52 percent themselves.

The Cowboys out-shot and out-rebounded the Cyclones but turned it over 16 times and ran out of gas late. The three headed trio of Naz Long, Monte Morris, and Matt Thomas was terrific, scoring 66 points combined, and 30 just from Morris, who also chipped in five boards, five assists and four steals.

Iowa State is the fourth-most experienced team in NCAA and it showed, as they handled Oklahoma State’s run early in the second half and finished strong, scoring at will late. The Cyclones closed the game on a 29-17 run that included them hitting their last nine shots in a row.

There’s a reason Iowa State is likely going to their sixth NCAA tournament in a row.

For Oklahoma State, Phil Forte had his second terrific game in a row, scoring 24 points on a scorching 9/11 shooting display. Jeffrey Carroll was terrific again too, pouring in 21-7-3.

Jawun Evans got two quick fouls and had to sit much of the first half, finishing with 12 points and 7 assists on just 4/14 shooting. He hasn’t looked like himself lately, but it certainly doesn’t help that he has had to sit for long periods due to early fouls. Cam McGriff played the best game of his young career, scoring 10 points and pulling down 6 boards, bringing loads of energy and passion to the floor in the process.

At 0-4 in the Big 12 and a trip to Allen Fieldhouse on Saturday, Oklahoma State has officially dug themselves a hole that will now be very hard to get out of. It was never going to be easy, but the Texas loss still stings, and this was a game the Cowboys could have won as well (they were favored by one at home).

Regardless, the Big 12 is an absolute monster this year, with 8 of the 10 teams in the conference sitting at no. 37 or better in the KenPom ratings. There is still a lot of time for OSU to get the 8-9 wins it needs to get to the NCAA Tournament, but OSU is running out of room for error.