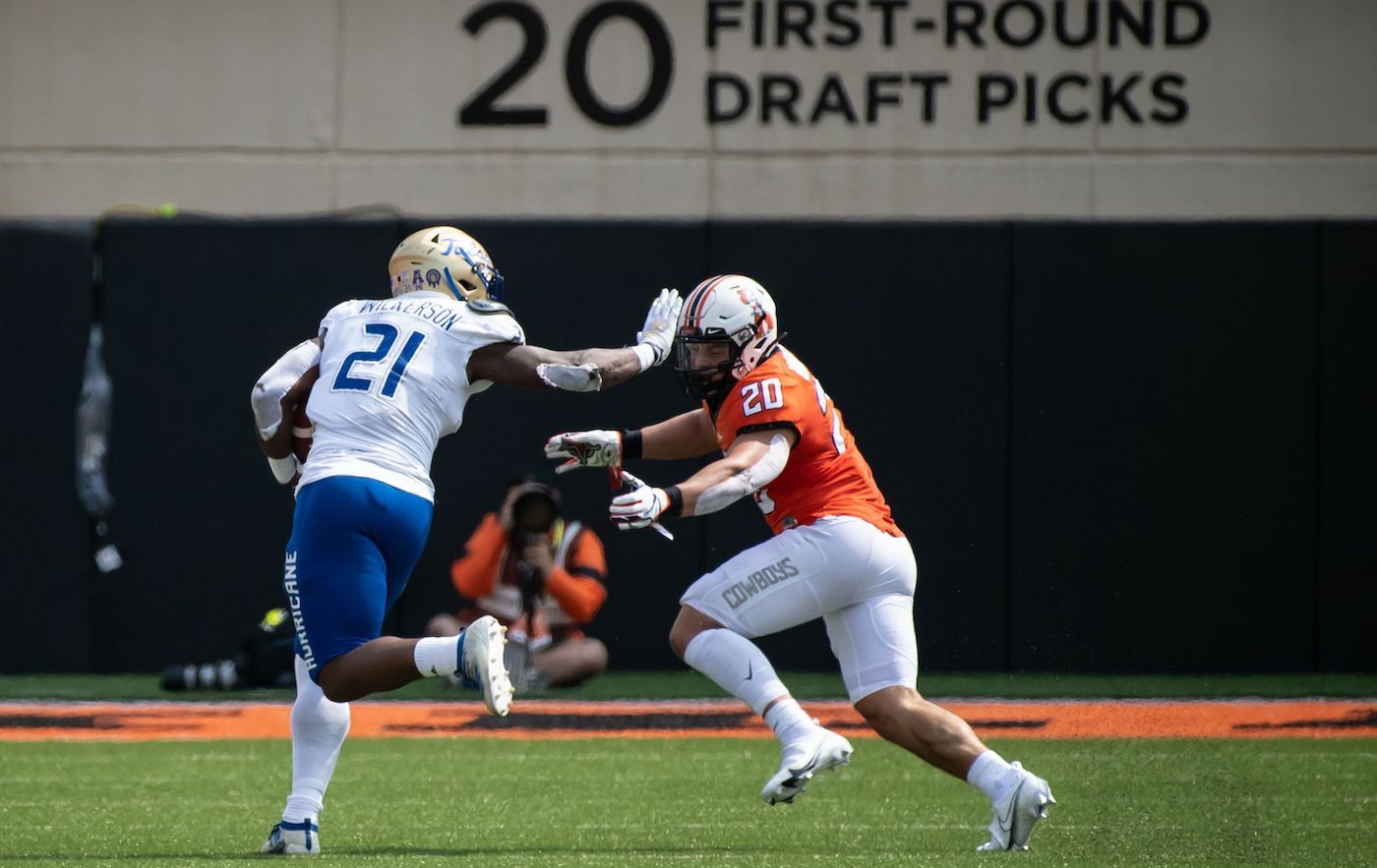 Oklahoma State was the only Big 12 team to play this weekend, leading to a clean, orange-tinted sweep of the weekly conference awards Monday morning.

Earning top honors on offense is Tylan Wallace, who was named Offensive Player of the Week after catching four passes for 94 yards. True freshman quarterback Shane Illingworth earned Newcomer of the Week for what he did in relief of Spencer Sanders and Ethan Bullock. Illingworth led the team in passing with 74 yards.

On special teams, it was — who else?! — Alex Hale who was recognized. Hale, in his first career start as OSU’s kicker, made all three of his field-goal attempts and went 1-for-1 on extra points, notably knocking home a 40-yarder with under five minutes to play in the fourth quarter that gave OSU some extra scoring cushion. He made a 29-yarder with 18 seconds remaining that effectively put the game on ice.