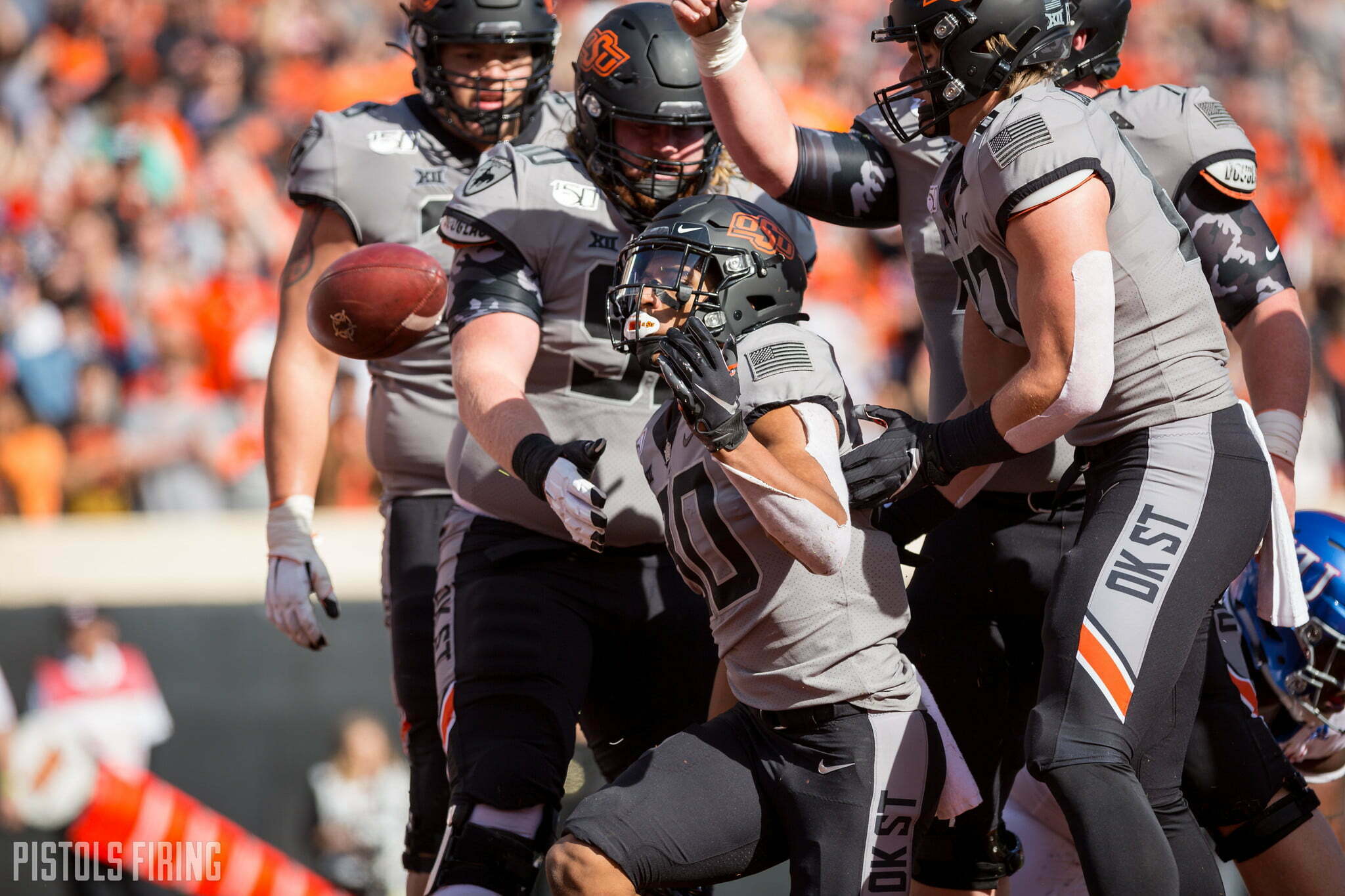 Oklahoma State gets the primetime mothership treatment on Friday night as it faces Texas A&M in the Texas Bowl in Houston, America. The Cowboys are slight underdogs but enter the game with one more tally in the win column than do their former Big 12 rival Aggies.

That’s a testament to OSU crawling out of its midseason rut and back to relevancy, of course, but also to the grueling schedule A&M faced. SEC jokes aside, it 7-5 record isn’t great until you see all five losses came to top-10 teams (four of which were ranked inside the top four and three of which were No. 1 at the time they faced the Ags).

As for this game, it just means more given the history of the two programs — and for Mike Gundy, his history against SEC teams. Gundy is 4-4 all-time against the conference since taking over OSU in 2005, but this is his first shot at the Aggies since they switched to the dark side. OSU won the last four matchups against them before they ejected, and I’m sure Gundy wants to keep that streak afloat.

OSU had some success in the 1980s and found its footing in the early aughts to make up ground overall in the all-time series. It won consecutive meetings against A&M for the first time in 1983 and 1988, then after a six-game skid went back-to-back again in 2002 and 2003. What followed was another skid, this of the four-game variety, before OSU pulled off its own four-game win streak. And so here we are.

A&M has a slight edge in neutral site games with a 3-1 advantage, but its most recent neutral site game came in 1981 in the Independence Bowl. Gundy is 4-3 in his career coaching against A&M.

OSU is getting the ESPN A-list treatment for the channel, but not so much for the crew. Kevin Brown, Andre Ware and Alyssa Lang will all be on the call for ESPN’s broadcast. On ESPN radio, Taylor Zarzour, Matt Stinchcomb and Taylor Davis will be on the call.

Locally, the dynamic duo of Dave Hunziker and John Holcolmb will provide analysis via the Cowboy Radio Network (and via the TuneIn App). Robert Allen will also be on the call reporting from the sideline.

After perusing through the OSU media guide ahead of this game, some interesting streaks, stats and tidbits to monitor that you may (or may not) find interesting. (Also, if you nerd out to some good stats like myself, be sure to read Kyle Porter’s nine things to know before tonight.)

• Chuba Hubbard has rushed for at least 100 yards in each of the past 10 games, the longest active streak in the FBS and the third-longest streak in school history.