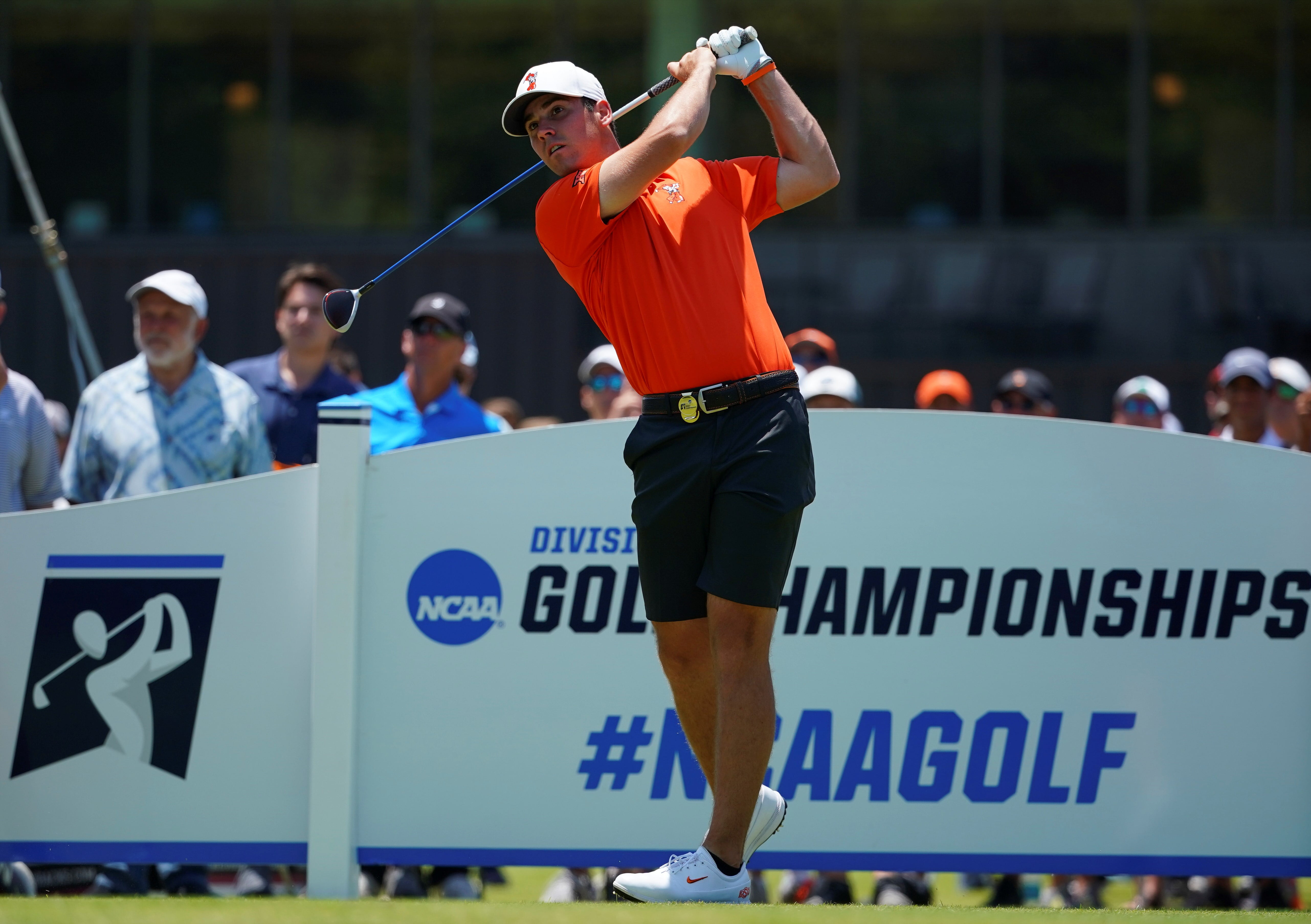 After what Oklahoma State did to the other 29 teams in the field at the NCAA Championships this week in Arkansas, they should cancel the match play portion of the event. It doesn’t need to be played.

OSU shot a 4-under 284 on Monday to touch off the 31-stroke victory over second-place Vanderbilt. Maybe the most remarkable stat of the entire championship is that in every single round, OSU shot the best team score. On Monday it was a single stroke over Vanderbilt, which is the team that finished runner up to the Pokes in Fayetteville.

At the NCAA Championship …

Five players overall shot in the 60s on Monday in the final round, and two of them play for OSU. One of them won it all, the other is the fifth guy in OSU’s lineup.

At this moment, Oklahoma State has the reigning NCAA individual champion, reigning US Amateur champion, their #3 qualified for the 2019 US Open, their #4 has won back-to-back Canadian Amateurs, and they are the defending NCAA team champions. 🔥🔥🔥 https://t.co/1yiDJSfxsC

Regardless, the match play show must go on, and that means OSU gets SMU in the quarterfinals of match play on Tuesday morning. OSU was 60 strokes better in stroke play — their second straight stroke play title in a row, by the way — but that means nothing starting Tuesday. And everybody will be rooting for SMU (with good reason!)

“The great thing about this event is we start all over tomorrow,” said OSU head coach Alan Bratton. “Everybody starts at zero, we’re all tied, and it looks like we’ll get SMU in the morning, they just won the playoff, I think, so congratulations to them and we’ll be ready to go in the morning.”

#OKState will face SMU starting at 7:50 a.m. tomorrow in match-play quarterfinals. Pairings are Hovland vs. Wong; Wolff vs. Goodwin; Wood vs. Osborne; Eckroat vs. Markham; Bauchou vs. Meissner.

OSU will enter match play with four of its five players ranked in the top 45 of the World Amateur Golf Rankings — a laughable number — and will be the heavy favorite to repeat no matter which teams it faces along the way. But weird stuff happens in match play.

“I think Matt won the tournament by five,” added Bratton. “In a stroke play event one player can carry you. In match play all five guys have to contribute. So that’s important for us and it will be important tomorrow. It’s always important. But I’m comforted that our guys know how to get it done and have great experience to draw on from last year, but last year’s last year, this is a new week and we’ll be focused on the first tee ball tomorrow and get as many points as we can.”

The great thing? If OSU wins, it gets the winner of OU-Texas in the afternoon. If OSU is able to squeeze out three match play wins like it did last season at Karsten Creek, the Cowboys will be the first OSU team ever to win back-to-back titles. They will likely be considered the best squad in school history and maybe one of the best ever in the sport (see below). But three wins is a lot to ask in match play, even for the best teams.

“We’re trying to be the best college golf team that’s ever lived,” said individual champion Matthew Wolff on Monday. Three more matches, and they might be able to say just that.

Regardless, the gauntlet has been thrown down. On a week when no other team could get within 10 strokes of par over four rounds of play, OSU went the other way and played the course in 16 under. It’s their seventh win on the year and their 17th in the last two (they won 16 total in the six seasons before that). So whoever wins match play over the next two days gets to call themselves the national champs. But we already know which group is the best team in the country.

The bracket is set! Who will take home the 🏆 at the #NCAAGolf Men's Championship? pic.twitter.com/VnDQThVerO