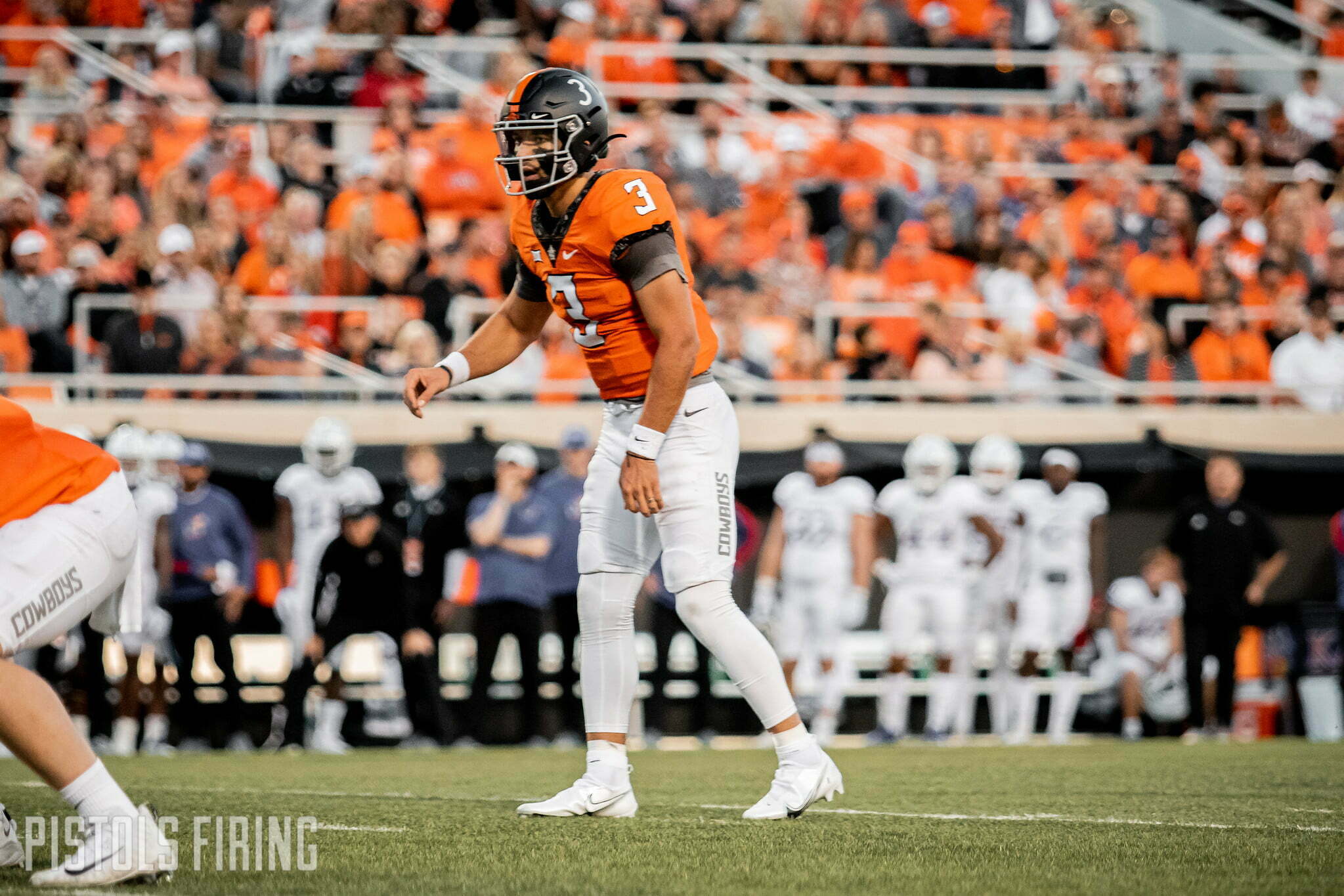 The Cowboys will play just their second afternoon game of the season when they head to Morgantown next Saturday.

OSU’s road game against West Virginia is set for a 2:30 p.m. kickoff and will be broadcast on ESPN. It’s just the second time the Pokes have played in that timeslot — along with the Iowa State game — and it will be OSU’s first televised on the mothership network. This game was previously put in a six-day window while networks waited for Saturday’s results to shake out.

A year after OSU fans couldn’t get a night game, the Pokes have only played two morning games. Five of OSU’s eight games have started at 6 p.m. or later. The Pokes are 0-1 at 2:30 p.m.

This road trip to the country roads starts the final leg of the Cowboys’ regular season. OSU will be back in Stillwater for a matchup against TCU the following week, then head to Lubbock for its final road game against Texas Tech before hosting Bedlam in the season finale.

The Mountaineers upset No. 22 Iowa State on Saturday, doing the Cowboys a favor in the Big 12 title race. Oklahoma sits atop the conference at 6-0 followed by Oklahoma State and Baylor both tied at 4-1. The Cowboys hold the head-to-head tie-breaker against the Bears. Iowa State is now at 3-2 in conference play.