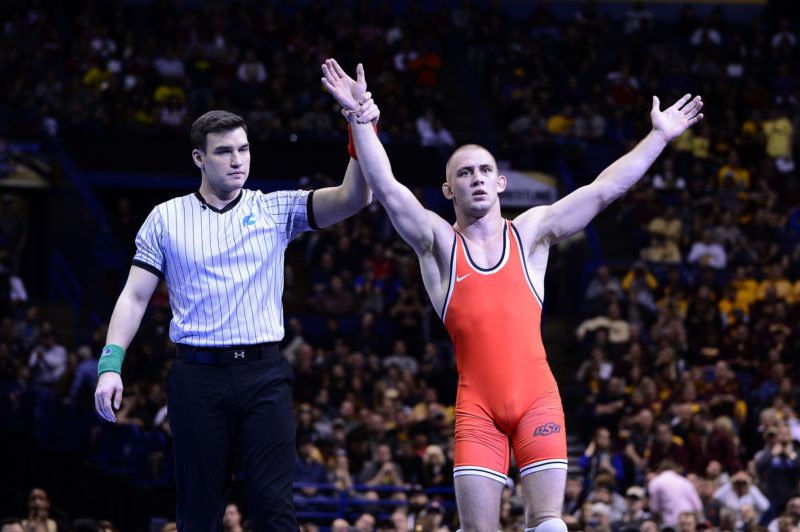 Oklahoma State’s wrestling squad will start the new year in Italy as it takes on North Carolina State in the first NCAA wrestling dual outside of the United States. The two squads will get after it in Naples on January 5, 2018.

I’m all for these kind of events. Oklahoma State hoops in Hawaii. Football in Dallas against Florida State. Any exposure outside of Stillwater, USA is both good for the program externally and helps with recruiting (come here and we’ll let you eat gelato! Then we’ll put you through a 24-hour workout to sweat it all out, but still!)

The Pokes and Wolfpack should be two of the better programs in the country next season so hopefully they’ll put on a good show for the Italian crowd. Also, can you imagine how confused the soccer-loving patrons are going to be the first time a referee holds up his hand with a red wristband on it.

Also, I’m hopeful we get the John Smith version of this video, riding down the streets of Naples in a sick Vespa with Dean Heil and Co. strutting next to him.