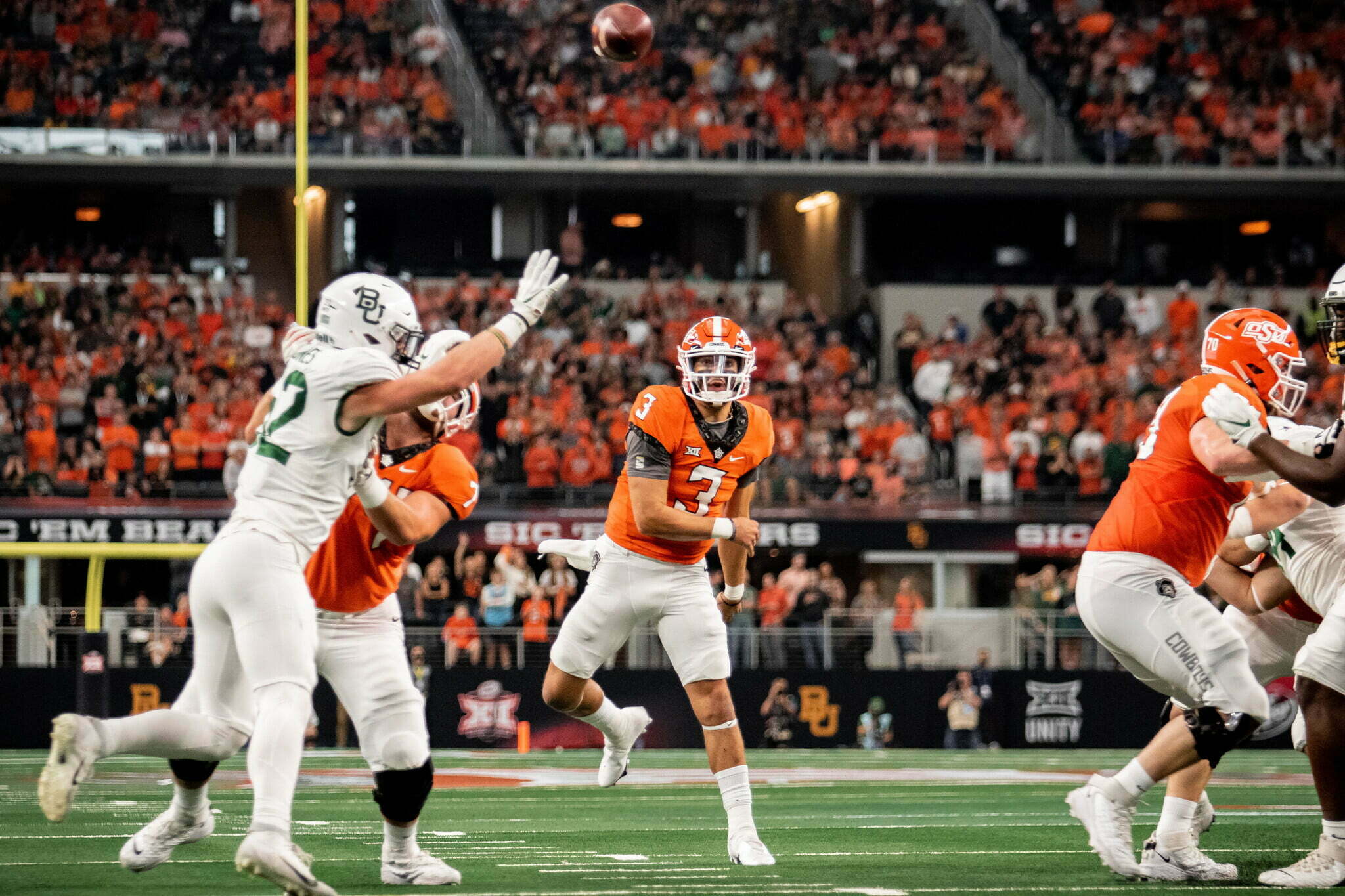 For the first time this season, the Cowboys will start a game before the evening time slot.

Oklahoma State and Baylor will play at 2:30 p.m. next Saturday at McLane Stadium in Waco. The game will be televised on FOX.

Baylor, the reigning Big 12 champ, had an impressive performance Saturday, going into Ames and leaving with a 31-24 victory against the Cyclones. The Bears are 3-1 on the season with their lone loss coming to BYU in Provo.

This will be the third time the Cowboys and Bears have played in the past two seasons. OSU won the teams’ regular season matchup in 2021, winning 24-14. The Bears got their revenge in the Big 12 championship game with an infamous goal-line disaster for the Pokes in the dwindling moments.