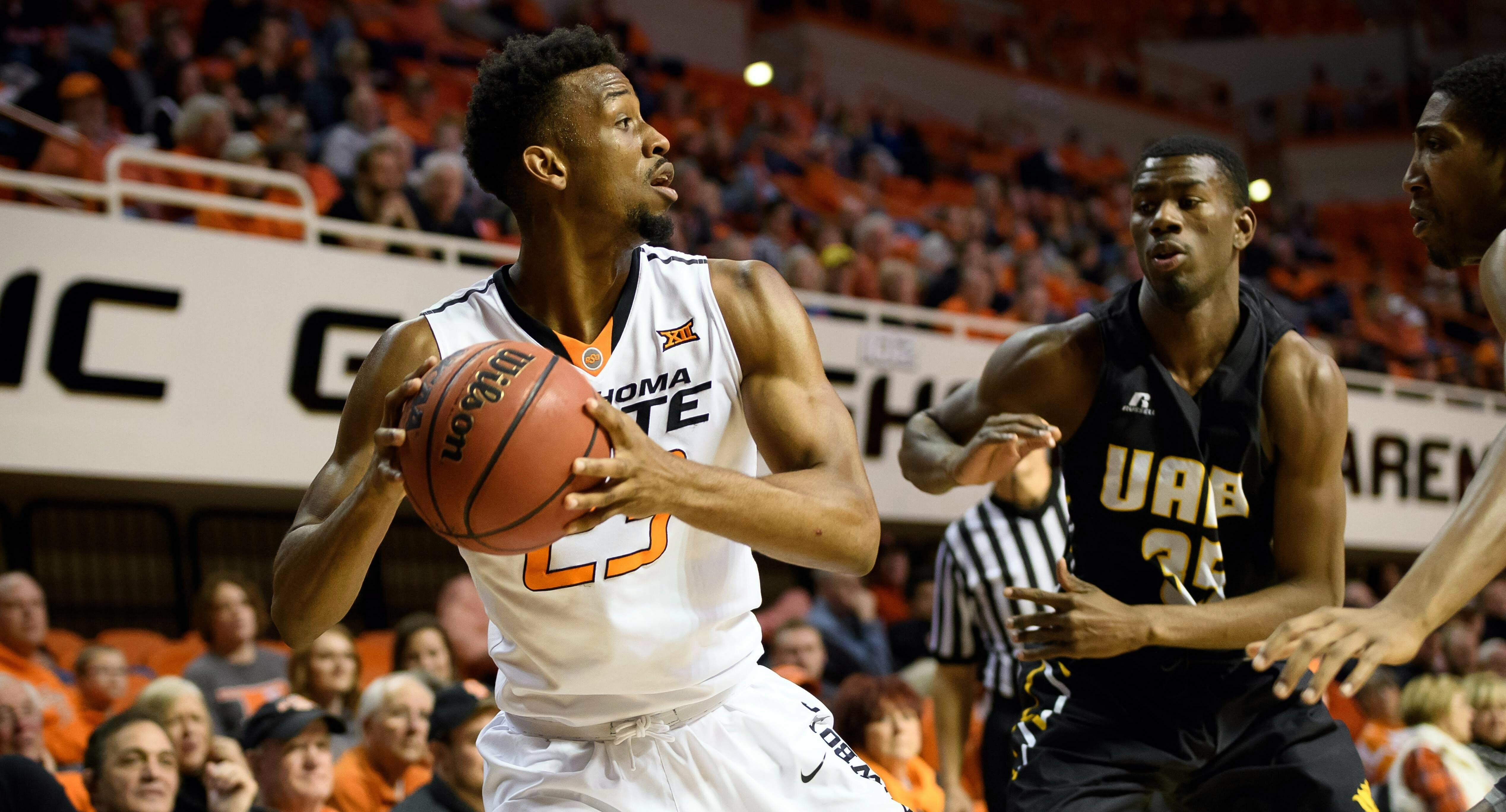 There aren’t a ton of takeaways from pummeling one of the five worst teams in the country, but that didn’t keep head coach Brad Underwood and senior Leyton Hammonds from discussing the benefits of the defense Oklahoma State has been playing.

For good reason, too. OSU is now No. 3 in the nation in turnover creation. The Cowboys turn over opponents nearly 27 (!) percent of the time. Here are the current top 10 (notice Underwood’s mentor at No. 1). OSU created 31 turnovers against Arkansas-Pine Bluff on Wednesday which was five off the school record and the first time they have created more than 30 in a game since 2012.

“I thought our defense at times was just off the charts.” said Underwood. “They tried to spread the floor, back cut on us and doing that, and most of the time that works. It’s always a good sign when we have more turnovers than the other team has field goals and that was a positive for us.”

How is OSU doing this? Two things. First, they are playing a deny-the-ball defense that should be familiar to Cowboy fans. It was the same type of defense that Eddie Sutton’s teams used to play. Don’t even let your opponent catch it.

This has led to OSU being No. 4 in the nation in steal rate (percentage of opponent possessions OSU gets steals on). Here is the current top 10. Also, they are simply more tenacious and serious about defense this year than they have been in past years. I know APB stinks, but this has been a year-long effort.

“I haven’t ever been in a game where we created that much havoc on the defensive end,” said Hammonds. “We do it in practice. That’s our game plan. In every game, just to create havoc, turnovers and easy baskets. It’s good to see that.”

Now we just need to make a run on defense/discipline shorts so I can buy a new pair.