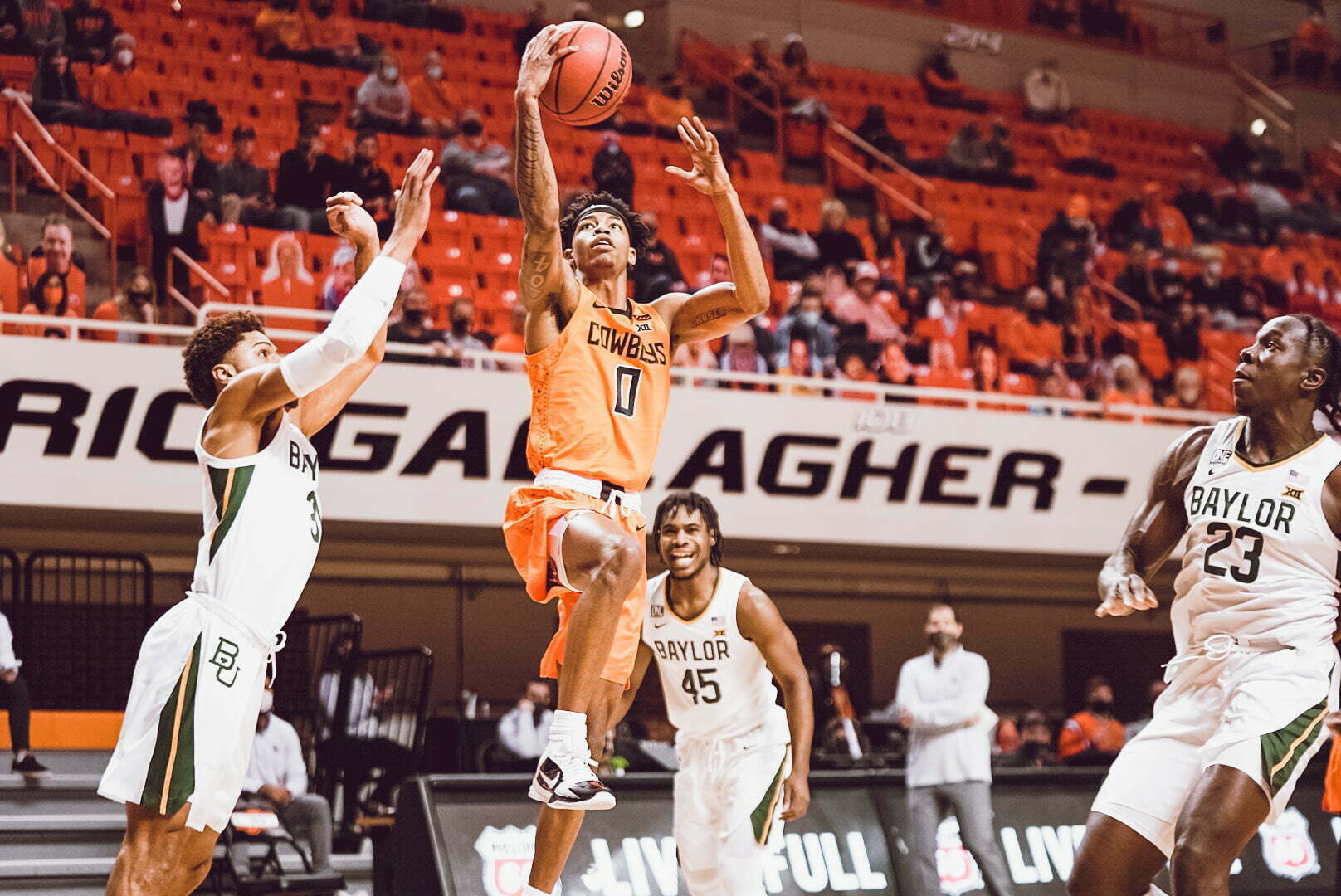 The Cowboys were set to head to Waco to take on No. 2 Baylor this coming Saturday, but that game will not go on as scheduled.

While OSU’s Tuesday night matchup with visiting Iowa State was pushed up to an afternoon game due to inclement weather concerns, it appears that this schedule change is due to COVID-19 concerns.

A release from Baylor stated that the program now has six games postponed “due to the Big 12 Conference’s men’s basketball interruption guidelines.”

The league will try to reschedule some of those games at the end of the season but not all of them.

OSU is currently scheduled to end its regular season with consecutive Bedlam matchups ending March 1, a game that itself has been rescheduled due to the pandemic.

The Cowboys got one shot at the Bears, losing 81-66 (sans Cade Cunningham) in Stillwater after holding a 9-point first half lead.

The Bears (17-0 and 9-0 in Big 12 play) got off to their best start in program history before COVID concerns forced them into hibernation. Baylor last played on Feb. 2, an 83-69 win at Texas.