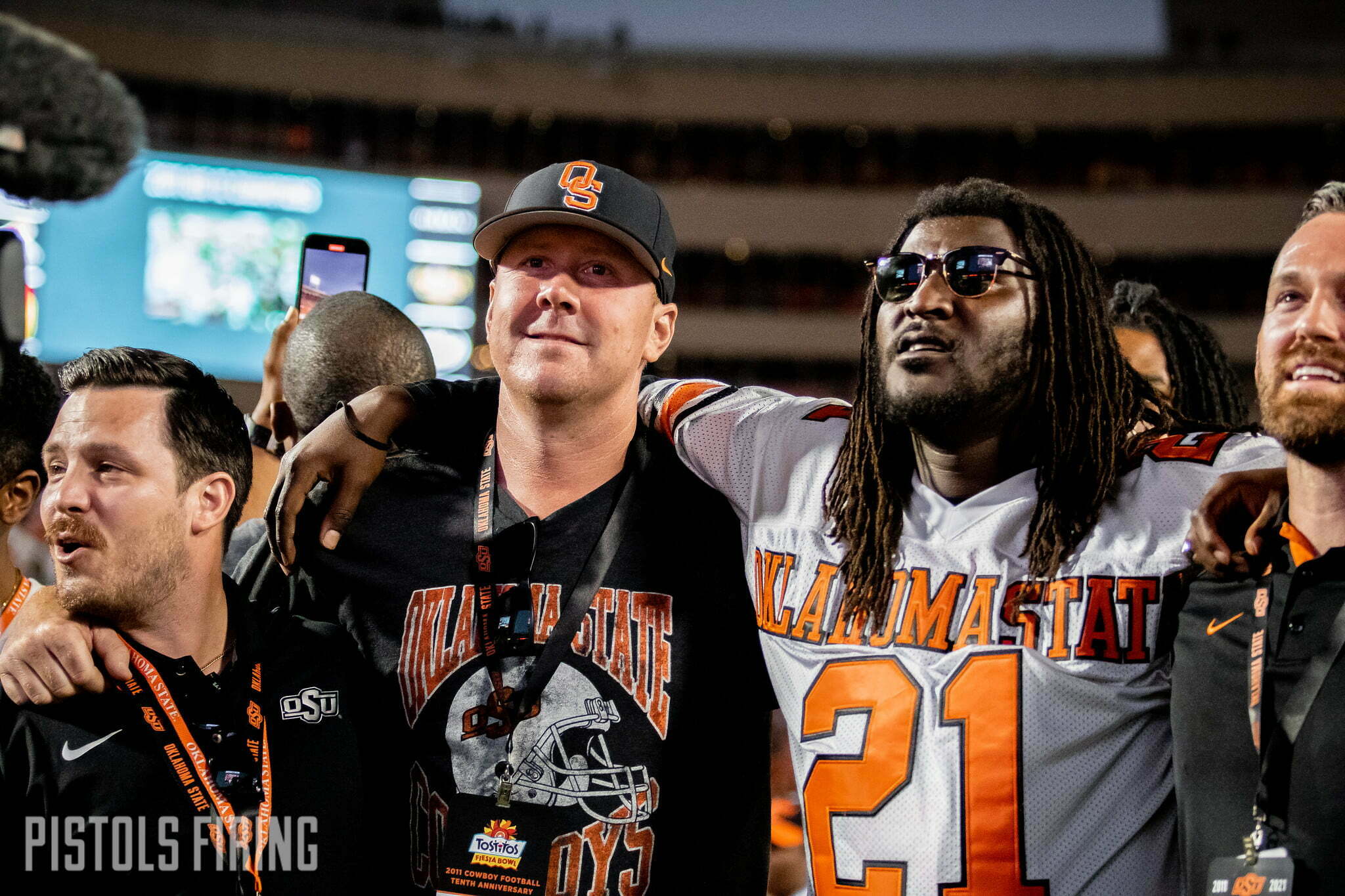 For the third time in program history, the Cowboys will have a fiesta in Arizona.

Oklahoma State and Notre Dame will play in the 2022 Fiesta Bowl on Jan. 1. It’s the third time the Pokes have been selected for this particular bowl, and the Cowboys haven’t lost in it. Here is a look at OSU’s history in the game.

Jim Stanley’s 1974 Cowboys finished the regular season just 6-5 but mustered their way into the Fiesta Bowl, the fifth bowl game in program history.

BYU got into the game after running through the WAC, winning the league after going 6-0-1 in conference play. With that said, the Cougars didn’t have success out of the conference, falling to Hawaii, Utah State and Iowa State in the first three games of the season.

The game started with a pair of BYU field goals, but that would end up being all the Cougars would get.

OSU running back Kenny Walker scored a second-quarter touchdown on a 12-yard run to give the Cowboys the lead. Walker finished with 35 rushing yards on seven carries.

Abby Daigle extended the Cowboys’ lead in the third quarter with a 42-yard field goal before a bit of trickeration put an exclamation point on the game. OSU quarterback Charlie Weatherbie pitched to running back Leonard Thompson who threw to Gerald Bain for a 40-yard score.

BYU actually outgained OSU 301 to 224 in the game, but the Cowboys took advantage of their opportunities, advancing to 4-1 in bowl games.

The 2011 Cowboys were snubbed a shot at the national championship in favor of an SEC rematch, but that snub led to one of the great games in the modern era of college football.

This game included four players who went in the First Round of the 2012 NFL Draft, including two players taken in the Top 5 in Andrew Luck (No. 1) and Justin Blackmon (No. 4).

The Cowboys didn’t lead in the game until Quinn Sharp’s overtime winner. It was a heavyweight prize fight between a pair of teams with stronger than average jaws.

Like with the 1974 Fiesta Bowl, the Cowboys actually had fewer total yards than their opponent, as Stanford had 590 yards to OSU’s 412. Perhaps a more ridiculous yardage stat is that the Pokes had only 13 rushing yards, relying on Brandon Weeden’s arm for 399 yards.

Stanford running back Stepfan Taylor scored with 4:34 to play in regulation to give Stanford a 38-31 lead, but the Cardinal left way too much time on the clock for Weeden and Co. It took the Pokes just 1:51 to answer, going 67 yards in seven plays. Joseph Randle capped the drive off with a 4-yard run.

Despite struggles throughout the game, the OSU defense forced Stanford into a three-and-out to start overtime before Jordan Williamson missed a 43-yard field-goal attempt, his third miss of the day.

Weeden hit Colton Chelf for 24 yards on OSU’s second play of overtime. After Weeden centered the ball with a kneel, Sharp hit the game winner.