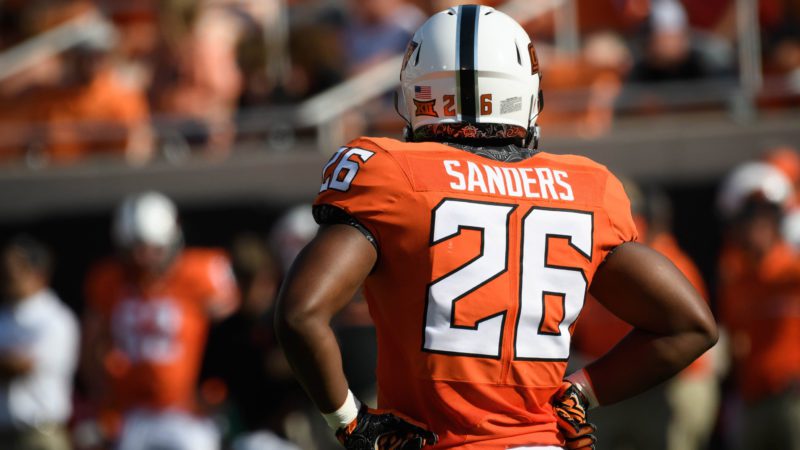 Oklahoma State has had its fair share of dynamic return men in recent history. Any one of these players could flip the momentum of an entire game in one otherwise innocuous play.

So, what’s happened? Over the last couple of years, the Cowboys have struggled to find a game-changer in the return game. In fact, for the first time in quite a while OSU does not have a single return touchdown, either kickoff or punt. See below. Since this is Bedlam week, I would be remiss to ignore some of the big return plays that have shaped this rivalry as of late. Justin Gilbert nearly stole Bedlam in 2010 with his kick return.

In 2012, OU wide receiver Jalen Saunders dashed Cowboy hopes with an 81-yard punt return score helping the Sooners pull off the overtime win. Saunders followed up the next year in Stillwater with a 64-yard punt return for a touchdown in OU’s 33-24 win

Of course, one of the most memorable punt returns in OSU history occurred the last time the Cowboys traveled to Norman. Former Cowboy and Kansas City Chief rookie Tyreek Hill fielded Bob Stoops’ errant re-punt and went house to tie the game late. You know how the rest goes. That one play helped change the course of OSU football from then until now.

A chance to leave his mark

Barry J. Sanders carried loads of promise coming into this fall. There were high hopes for the son of a Hall-of-Famer. Some of us had him penciled in as the would-be starter at running back. Yet here we are at Bedlam and he has just 26 rushing attempts in 11 games.

Sanders has found his way onto the top of the depth chart at both punt and kick returner.

We saw flashes early this season, including the 57-yard punt return that was reviewed but determined to be short of the goal line. That was Week 1.

After he had the crowd at Boone Pickens Stadium chanting his name, huge plays in the return game would certainly be the norm. Unfortunately, no other return has come close and after two muffed punts, some Cowboys fans were calling for the grad-transfer to be benched.

Sanders is averaging a respectable 12.6 per punt return but his kickoff return average of 20.9 is the lowest of a lead OSU kick returner in nine-plus years. That’s a far cry from following in his dad’s footsteps.

But according to Mike Gundy’s Bedlam depth chart, Sanders is still slotted for the No. 1 spot at both return jobs. Can he finally make that play? We know he has the ability. Now, with his college career coming to an end and a Big 12 title on the line, maybe Sanders finally break one loose and leave his mark on OSU history.