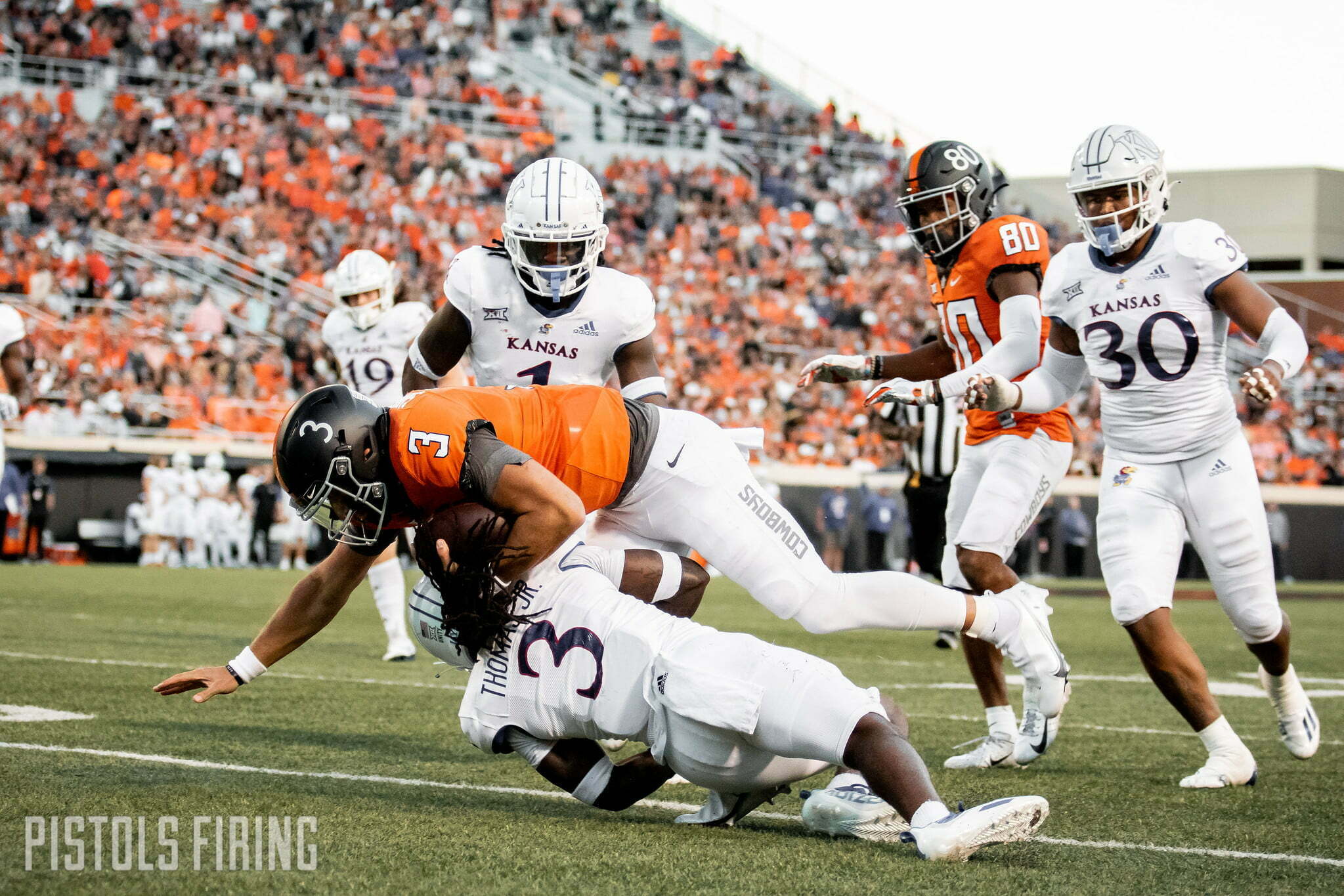 Oklahoma State’s Nov. 5 game at Kansas falls in the six-day window — along with three other games in the league. The only game with a kick time announced was West Virginia at Iowa State, which will be played at 2:30 p.m. on ESPN+.

But we’ll have to wait until after Saturday’s games to find out the following kick times:

Oklahoma State will enter that game on a five-game streak of 2:30 p.m. kicks. On a bye this week, Kansas has played in three straight 11 a.m. kicks.