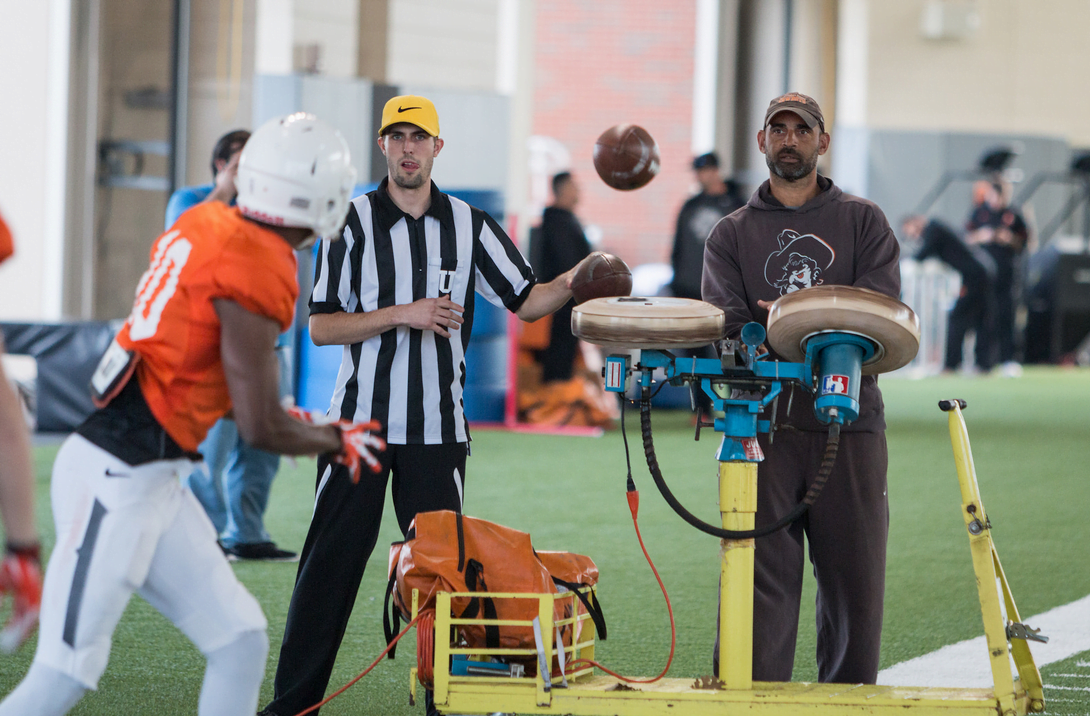 Since joining the OSU staff in February of 2011, he’s been part of a Big 12 conference championship, coached two Biletnikoff Award winners in Justin Blackmon and James Washington, and produced and recruited Tylan Wallace, the runner-up from last season who will enter 2019 as the favorite.

It should come as no surprise that his services on the coaching market are a hot commodity.

Dunn has been mentioned as a candidate to take over at Oregon in the same position (though that spot was filled yesterday by Texas Tech’s coach), and will surely be a name to watch elsewhere, too, if he wants. He’s a top-10 position coach.

According to FootballScoop.com, Dunn ranks sixth nationally among receivers coaches in total salary, ahead of Georgia and Texas’ coach, and barely trailing OU’s two coaches, Tennessee’s coach, Texas A&M’s coach and Ole Miss’ coach. Here’s the number that shows why he likely isn’t leaving for another similar position: $410,000.

So why would he leave again?

Dunn was a potential OC candidate at Oklahoma State before Sean Gleeson was hired, so perhaps he’d leave if he felt passed over for play-calling duties, or felt he was worthy of taking a jump to that level. Even at a non-top-25 program, an OC gig can put him into a new pay grade. But bolting for Oregon or any other program not named OU or A&M to take the same position? The numbers don’t add up unless A&M is going to do the same with Dunn as it did with Henson.

OSU can’t afford to pay all its coaches at a top-10 level, or even top-5 level, which in part is why Josh Henson couldn’t pass up Texas A&M. But OSU is as competitive as any in the area of receivers coaches pay (in part because OSU has one, not two), and Dunn is compensated very, very well. Maybe he’ll leave — coaching at a spot for nearly a decade is rare, and sometimes a change is warranted — but leaving a gig that pays at the level it does now, it’d have to be a markedly better-paying job to be worth the gamble.