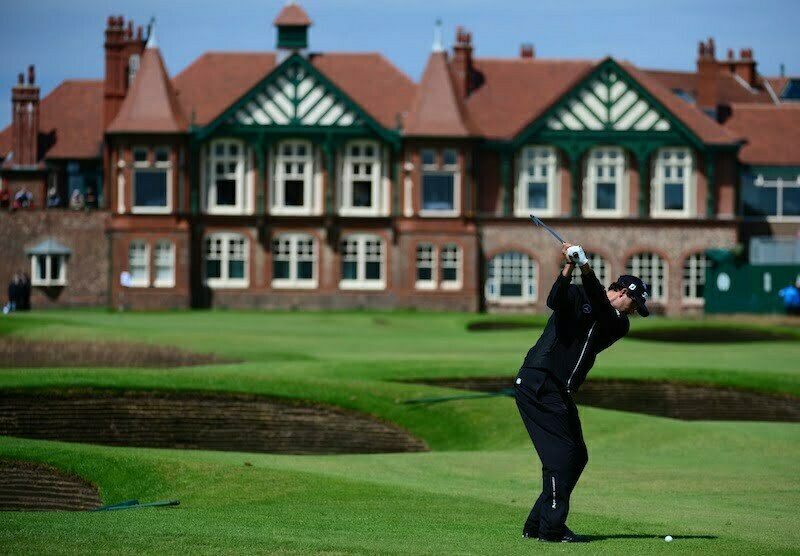 Just like we did for the Masters, Amilian, Nolo, Q (you can read about them here), and I are having an Open fantasy draft.

The rules: low score wins, +2 added to players who don’t make the cut, players who make the cut can’t go higher than their two-round total (ex: if the cut is +4 and your guy makes the cut, no matter his weekend score, the worst you can get is +4), and -2 bonus to the person with the winner. That’s it. Amilian had the #1 pick so let’s get to it.

Quade – I’ll take Lee Westwood. He’s the epitome of “being due”.

Amilian – Tough one right here. Phil played well in the tourney last year, but it comes down to him and Rory and I’d much rather root for the youngster.

Quade – I feel like the British is so much tougher to pick for. No way I would have taken Westwood first on American soil, but his 22 wins in Europe sent me over the edge.

Rory is a solid pick. He’s due to play some good golf, struggled at both majors this year. Too talented to do it a third time.

Amilian – I’m curious to see who out of Nolan and Kyle buy into the Tiger hype. You know you can’t pass him up with your first 2 picks guys.

Not trying to rush anyone, just saying I’m basically out of pocket all afternoon today. The meetings weren’t on my calendar ’til this morning when I got to campus. Sorry.

Nolo – I’m in NYC at Rucker through the rest of the week after today. Plus as you all know I’m going to play at Rucker so I might not be coming back. Whoever wins just tell my mom I owe you $10 at the funeral I’m sure she’ll be more than happy to give it to you. Oh and you all can be pall bearers.

Pistols – Sure, I’ll take the guy who hasn’t finished in the top 10 at the Open since 2006. I have no idea what I’m getting but at least I know if I turn on ESPN at literally any point in the next 96 hours I’ll know exactly how many strokes he’s taken for the tournament. 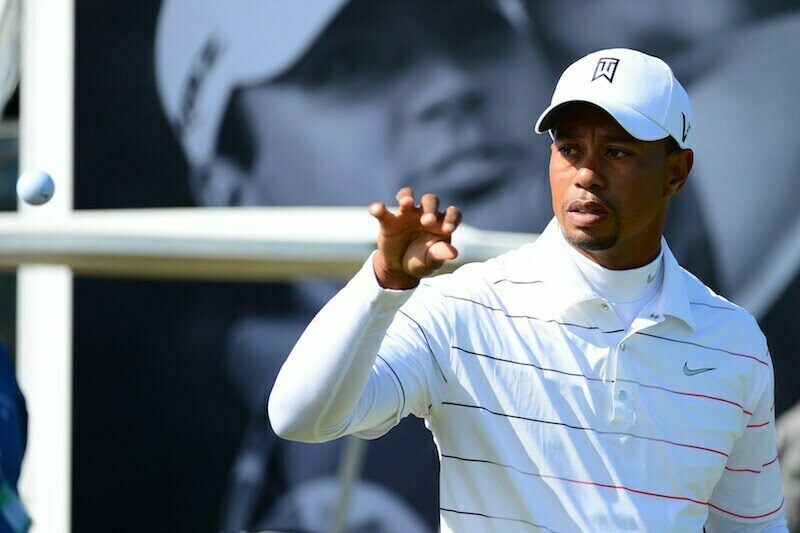 I don’t care if he’s back, I just need him to go low this week.

Quade – Pistolsboy, you running simulations on EA Sports for your next pick?

Pistols – I’ll take Graeme and a case of beers for my Sunday viewing pleasure.

Quade – What time will it end Sunday? Trying to figure out if I go to 9:30 church if it’ll even still be going at 11:00. This is what Saturday night church was made for, really.

Amilian – This might not be a great value pick but for some reason I can see Quade taking him and for a stranger reason I really want him. I think it’s because I was so close to taking him as my bonus pick for the Masters, then didn’t and he made me regret it. Plus, how can I turn down a guy with a huge gap in the middle of his grill in a British Open fantasy draft? Oosty.

Pistols – Great pick, it’s six hours different I think so it usually ends between 11-12 on Sunday. I can’t believe you’re in your 30s and asking me questions like this.

Nolo – I’m not sure what would have taken longer…you typing out your explanation while trying to talk yourself into the pick, or actually typing out his whole last name. Guess we’ll never know.

Amilian – After Googling his name to check spelling, it would have been a tight race.

Quade – Haha, well, jackleg, they played the Open in primetime, so by that calculation it would end at like 1-2. Thought maybe someone had read an article or something that might give me some quick info.

Good pick with Louie, he was one of three I was considering.

Nolo – …and Hunter Mahan just because I feel like I need an OSU guy and I know he’s not going to make it back to me. And because I want Kyle’s collective bag to look like an Ian Poulter Easter outfit after he takes Bubba here next.

Pistols – I’ll pass on Bubbs and take former world #1 Justin Rose whom I both hate and always feel like I end up with in these stupid drafts.

Amilian – And whom Quade already drafted.

Pistols – Screw Quade, he barely knew the Open was being played this week.

I’ll take Adam Scott then, I might have four of the best swings on tour…

Amilian – Quade, Bubba is all yours if you want him. Rory and Oosty aren’t the most handsome of gentlemen so I need someone flashy to take the attention off them. I’ll go with Ian Poulter. I’ll be following him for tips on how to dress to the golf league I joined in Broken Arrow with some customers.

Pistols – You thought you had an ugly team and tried to improve this by drafting Ian Poulter? 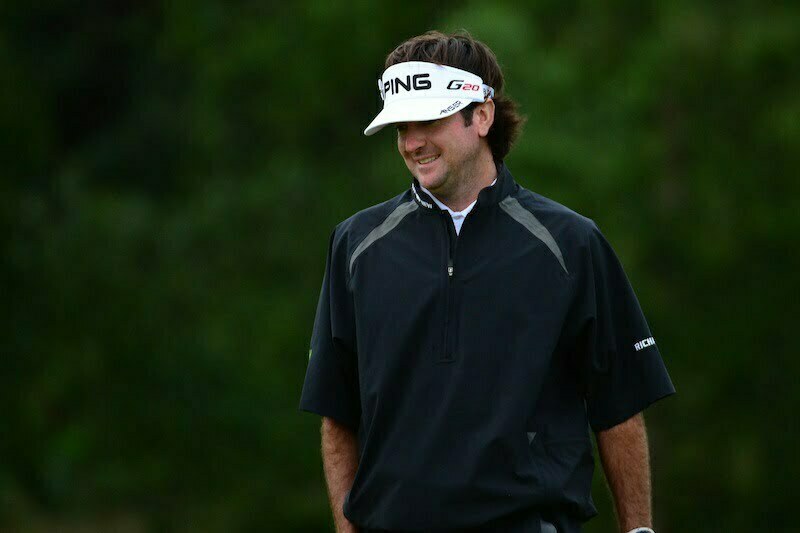 Otherwise I was getting ready to take someone who would have left me w/ only Kuchar as someone I would actually want to win this tournament.

Amilian – Struggling. I want Van Pelt, because he’s probably my favorite golfer. But there’s another American I want to take ahead of him, so I’ll pull the trigger on Jason Dufner. He’s playing really well this year, so here’s to hoping it transfers over to the links course.

Nolo – Dangit I wanted Van Pelt. I hope he finds a new dentist while he’s out there and your family suffers [ed. note: Amilian’s pops is Van Peezy’s dentist].

Nolo – Don’t worry. Judging by their crooked smiles I don’t think there’s an abundance of good dentists in GB.

Pistols – Francesco Molinari, if only because I want to see a crazed and half-drunk Baloteli show up on Sunday afternoon wearing only sliding shorts and knickers chasing Molinari and a dazed Tiger around the back nine of a major golf tournament. Please God, make this happen.

(bonus round – you get a replacement but they have to be from a country you don’t have anyone from already)
Nolo – SERGIO!!!! Cayayayayya~!!!!!

Quade – So, Kyle is up with his bonus?

Let’s see if we can make it a third time in this draft someone takes someone who has already been picked. This is like a fantasy draft with your spouse gone bad.

Pistols – I’ll go Tiger, has he been taken?

Nolo – I hope you’re joking Pistols Boy. I think Rory Sabbatini is still on the board and you don’t have any S. Africans yet…plus the chemistry between him and Tiger would be unmatched.

Pistols – You’re right, I don’t have a S. African, which is why I’m taking the Big Easy, Ernie.

Amilian – Has Kaymer been picked?

Pistols – No. This is the worst draft we’ve ever done. By far.

Amilian – Really is. I’ve been all over the place this afternoon and was dealing with stuff this morning.

But I am taking Kaymer.

Nolo – Yeah it was kind of thrown together. We’re not even really making fun of each other. Oh well!

And that concludes our underwhelming-but-still-pretty-fun 2012 Open draft. 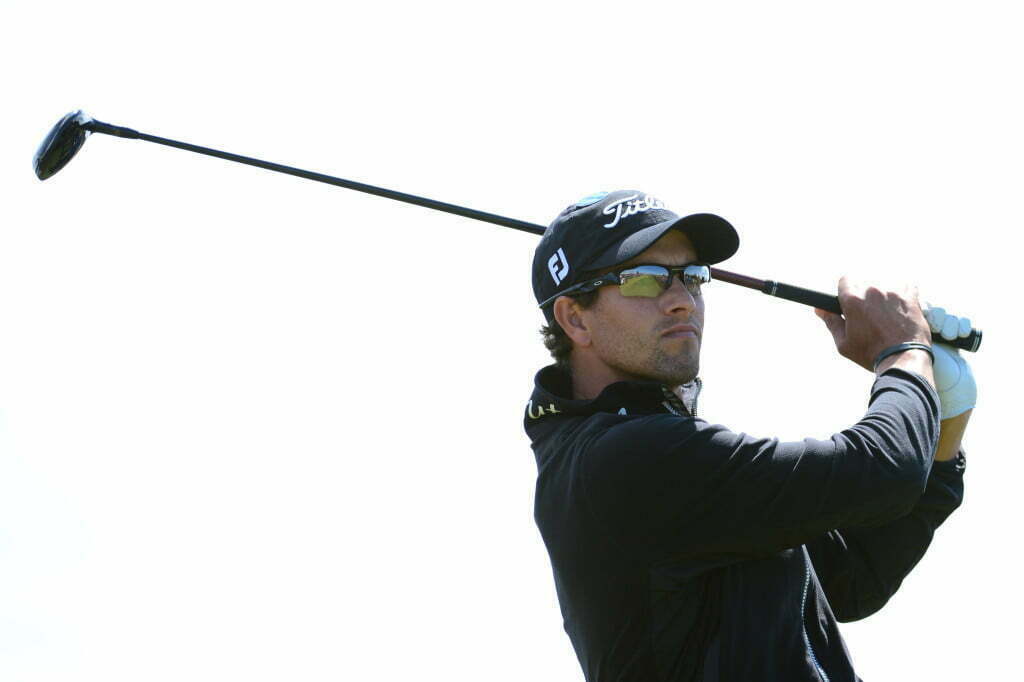