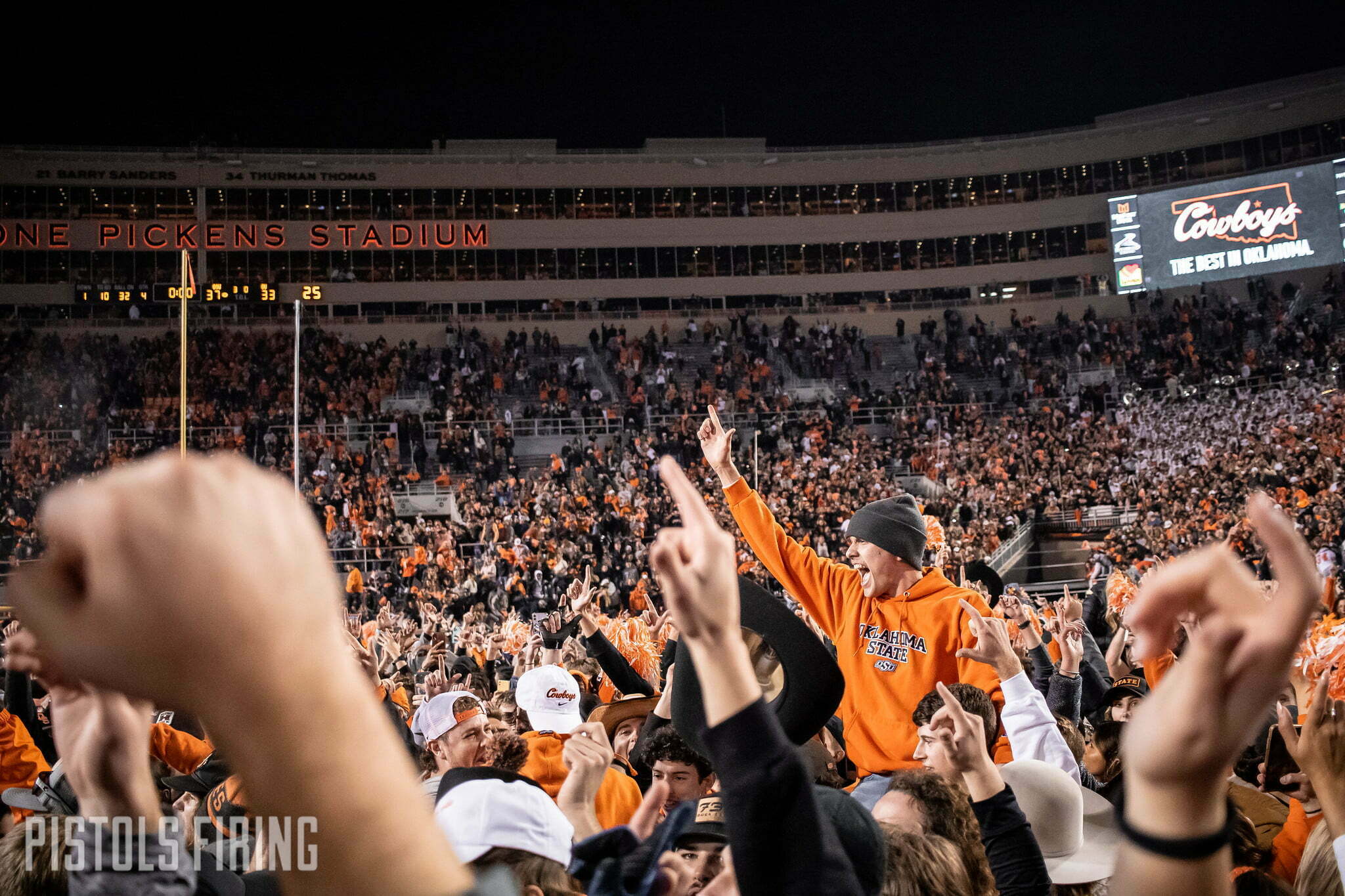 There was something fun about seeing Lindy Waters hit a 3 Wednesday night, wasn’t there?

… or Chris Carson plow over a guy for a touchdown?

There’s something about watching the folks who played in Stillwater play in the pros. A sense of pride, a sense of attachment to watching these players, these people.

Just look at what Glenn Spencer had to say about Tre Flowers — a Cowboy in the pros that he recruited from San Antonio and coached through his entire Cowboy career:

“Tre and I still keep in touch. We still text, like a lot of my guys do,” Spencer said while headed to his new job as Wake Forest linebackers coach. “I always tell him I’m always here for him and always will be. And I love him.

“Just a huge heart, that kid. I can’t be any happier for and prouder of what he has accomplished.”

It seems to be more true of football players than basketball players, that sense of attachment. Would you rather see Cade Cunningham make an All-Star team or Justice Hill? Did you feel more pride, more joy when Dez Bryant made the Pro Bowl, or when John Starks won Sixth Man of the Year?

Side note: did you know only three Cowboys have had double-digit seasons in the NBA? That feels incredibly low.

I’m cherry-picking (we all clearly enjoyed Desmond Mason winning the dunk contest), but I think that’s more a byproduct of having a better shot of more time with football players than the basketball players who could leave early.

If somehow, Josh Furman or Michael Hunter had gone on to prolific NFL careers, I would have cheered for them. Just not as hard as if Markel Brown or Keiton Page had made it big in the NBA.

There’s something really close to this worth mentioning. Have you ever been on vacation and see someone wearing an OSU shirt? Even an Eskimo Joe’s shirt when you’re states away from Oklahoma is fun.

Seeing an OSU alum sticker in a back window in a passing car or a “Cowboys” vanity plate seems to make me think “that’s a good person,” regardless of how they’re driving.

This one may draw a stronger response — ever see someone wearing an OU shirt when you’re on vacation? It’s just immaturity (on my part), but it’s grating. It’s like, “You’re almost someone I would be excited to see. Instead, I’m incredibly disappointed.”

There’s just some sort of quality control implied when you see/learn that someone is affiliated with Oklahoma State in some way. One of “our own.”

Another offshoot of this — have you ever gone to a road game or a bowl game and found yourself slapping hands with people you’ve never met, just because they’re wearing orange?

The further one gets from Stillwater, the more friendly OSU fans get when they’re watching a game together.

Don’t believe me? For years there was a bar where Cowboy fans would meet in the Big Apple and just watch games together.

Not only did many of us get the experience of being in Stillwater together for a season, but now we get to enjoy this bond in different contexts. Watching OSU on TV and watching them with each other is such a fun experience.

This sounds hokey, but in a society where we’re all too keenly aware of our differences, OSU can be (and is) a place for unity over a shared bond and common objective.