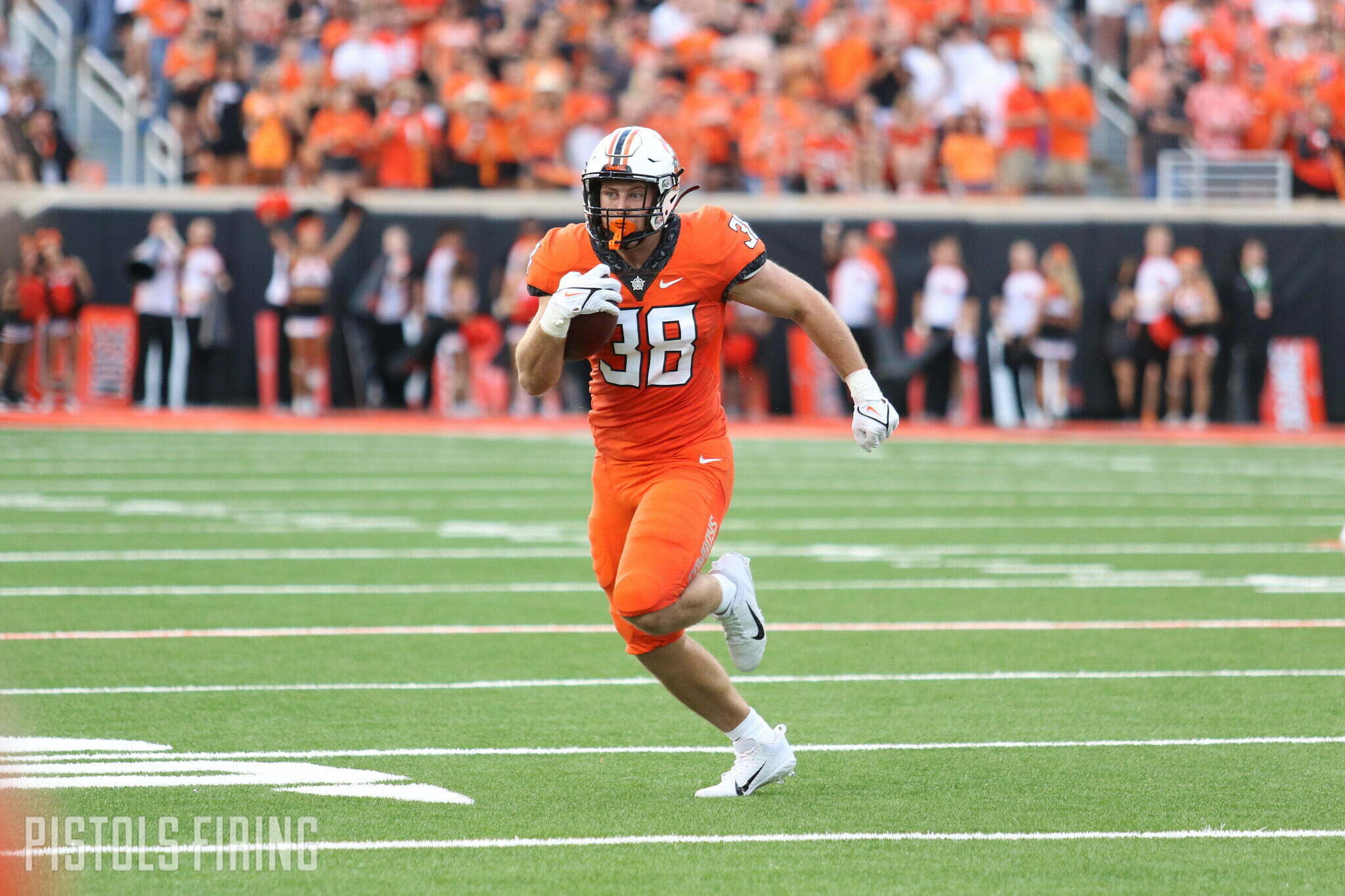 STILLWATER — On a few occasions, the Oklahoma State coaching staff came to Jake Schultz with the idea of him converting from a defender to a tight end, but Schultz turned the opportunity down.

But offensive coordinator Kasey Dunn made another push this spring, and Schultz, a 6-foot-3, 235-pound redshirt junior, finally relented. What made the difference this time?

The pride of Prague, OK, Schultz walked on at Oklahoma State as part of the 2019 class. In doing so, he turned down scholarship offers at Texas State, Bowling Green and New Mexico State. But now he is on scholarship at a Power Five school.

Prague is a town of fewer than 2,500 citizens a little more than an hour drive southeast of Stillwater. With the Red Devils, Schultz starred on both sides of the ball, playing linebacker and tight end. In a game against Bethel as a junior, Schultz caught six passes for 292 yards and five touchdowns. So, it’s not like the offensive side of the ball was foreign to him.

But Schultz preferred defense — so much so that despite being behind defensive ends like Collin Oliver, Brock Martin, Tyler Lacy and Trace Ford, Schultz wanted to stick it out on the defensive side of the ball.

After redshirting in 2019, Schultz mostly played special teams the past two seasons. In the three seasons Schultz was listed as a defender on OSU’s roster, he played only seven defensive snaps, according to PFF. But since making the transition, Schultz has played 44 offensive snaps in only two games.

“I was not on board with it right away,” Schultz said. “I was pretty hesitant. They actually asked me a couple times, and I’d said, ‘No, no, no.’ But then this spring Coach (Kasey) Dunn really pushed hard. He said, ‘Give it a shot.’ So, I did.”

When Schultz debuted as a listed starter on Oklahoma State’s first depth chart, it raised a few eyebrows. The Cowboy back position got a little thinner in fall camp when Blaine Green, a converted wide receiver, went down with a wrist injury, but that has further opened the door for Schultz in his maiden season as a college tight end.

So far he has caught only one pass, a 13-yard catch and run against Central Michigan in Week 1. But that’s already more of an impact than the two assisted tackles he had last season. After some hesitancy with the move, it seems to be paying off for Schultz and the Cowboys.

“He likes to play football,” OSU coach Mike Gundy said. “He was willing to make the move. He could’ve eventually helped us a little bit as a rush end, but there’s a long line of rush ends here and they’re young. So, he made a good move sliding over. Tough guy that likes to play, intelligent. We can play with him. He can make some plays.”