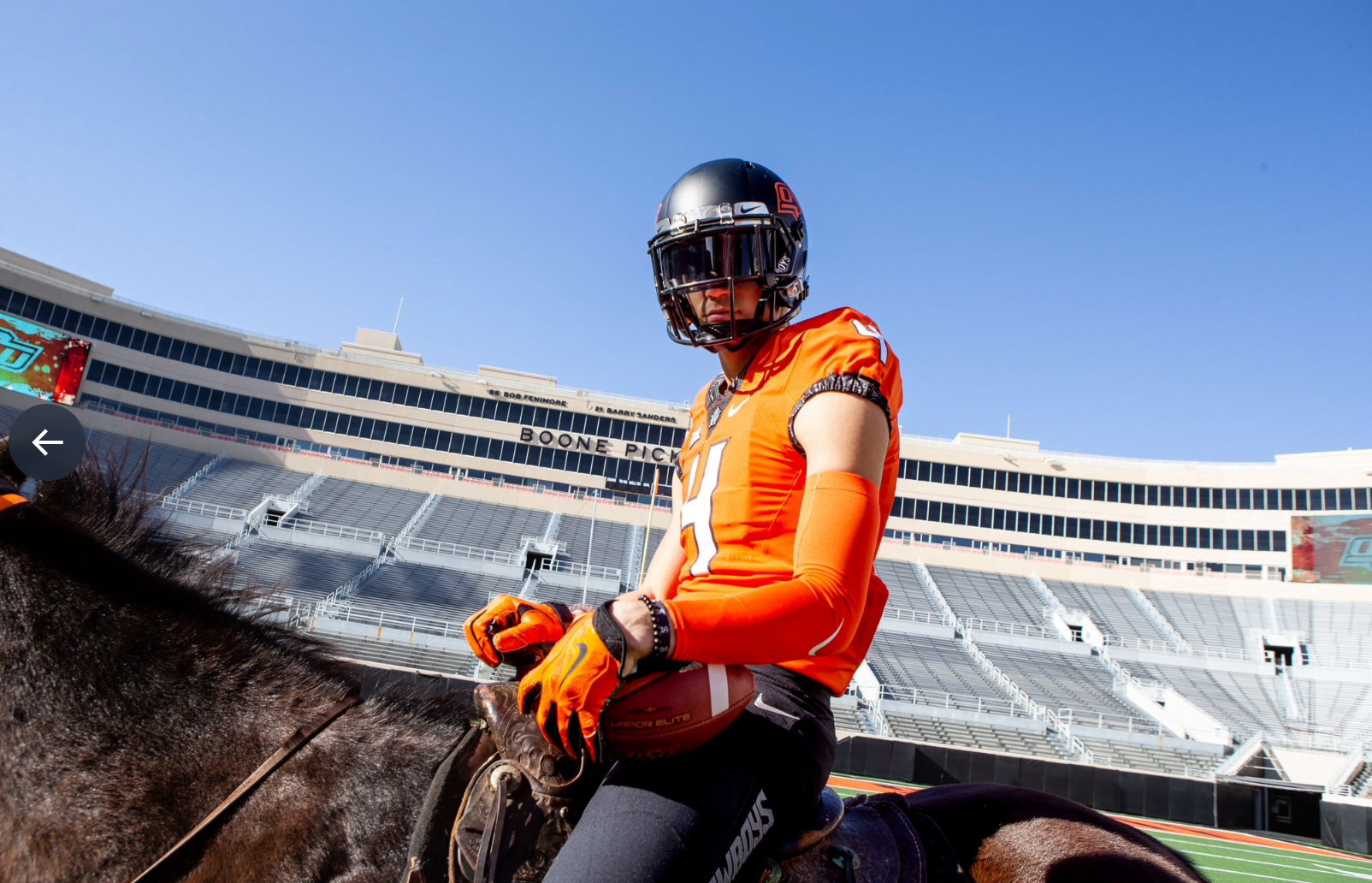 OSU added another commitment to its incoming transfer class from a relatively unknown locale on Tuesday as receiver prospect Leon Johnson III, an unranked, off-the-radar talent from Division III George Fox University, committed to the Cowboys. Johnson III is listed as a 6-foot-5, 207-pound senior from Bothell, Wash.

George Fox is a D3 in Oregon but that didn’t slow Division I schools — including OSU — from pursuing his talents of late. San Diego State and Arizona were among those who also offered, per his Twitter account.

OSU lost a ton of talent at receiver to the transfer portal so his addition could help replenish some lost depth after John Paul Richardson, Braylin Presley, Bryson Green, Langston Anderson and Stephon Johnson Jr. all hit the portal. He’s one of a few incoming receivers for the 2023 class that includes Camron Heard and transfer De’Zhaun Stribling from Washington State.