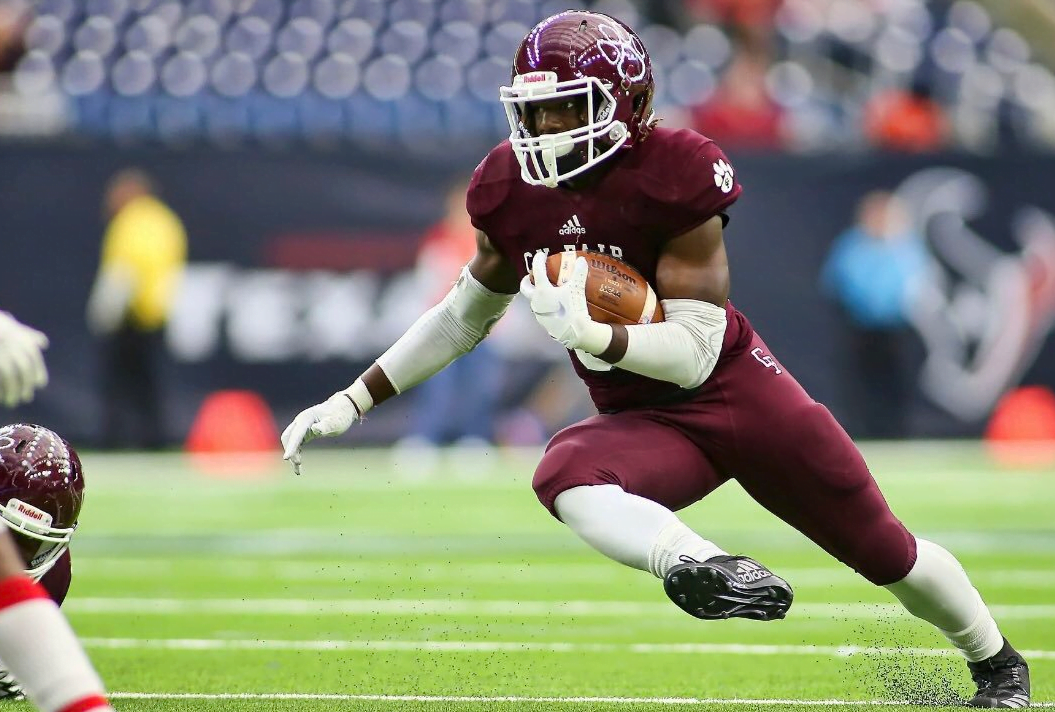 It’s been quite a week for Cy Fair running back recruit LJ Johnson. After picking up an offer from Nebraska to kick it off, he finished it by adding one from OU and, four days later, one from Oklahoma State, vaulting him into the category as one of the most sought after running backs in the 2021 cycle.

Johnson is a 5-foot-10, solid 204 pounds, and if you need one number to validate his rise it is this: 4.42. That’s the verified 40-yard dash time he ran at The Opening Regional in March that got him on the radar to begin with. After logging that time, Arkansas, Baylor, TCU and Arizona tossed him offers just as quick as his sprint time.

Johnson is one of the first running back targets for OSU in 2021 and, for now, one of the most realistic targets. OSU had already offered Camar Wheaton and Donovan Edwards, but both are top-60 (Wheaton is ranked No. 21 and a five-star prospect) and likely not viable candidates to fill a spot at OSU. Johnson, meanwhile, is a three-star prospect who is ranked just inside the top-300 according to 247Sports. With his offer sheet and speed, he’s likely going to be on the rise.

As a sophomore last season at Cy Fair he was the Offensive Newcomer of the Year for District 17-6A. He rushed for 1,139 yards on 164 carries and scored 23 times, darting in between gaps up front and, occasionally, finding just enough of a gap outside to wiggle out of traffic and into paydirt.

OSU will surely like what Johnson can bring to the table as a rusher with excellent vision and a physical running style, but he fits OSU’s system in more ways than one. His ability to catch passes out of the backfield and transform into a threat downfield makes him extra versatile. And seriously, when he finds space, he’s gone. Just substitute Chuba’s name for LJ Johnson here, and this Gundy quote rings true.

Johnson still is likely quite a ways from deciding on his future college but for OSU, this is a smart early move to get in early before he officially turns into a national recruit. If Chuba Hubbard plays out his eligibility and Dezmon Jackson and LD Brown do the same, it will make 2021 a vital recruiting class at running back, elevating the importance of landing a player the caliber of Johnson who could potentially come in and play right away.