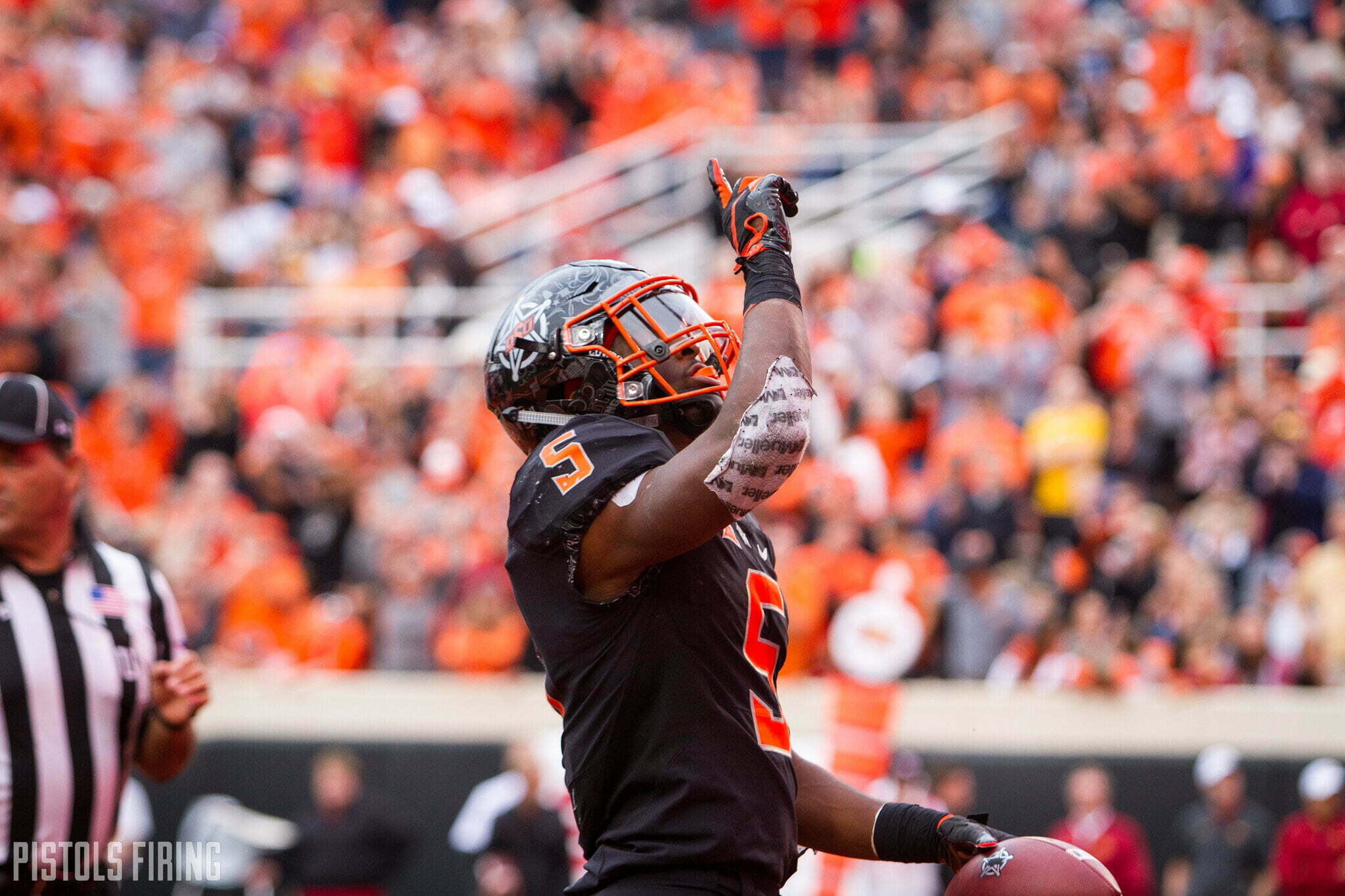 Justice Hill will be taking his talents to Mobtown, after the Baltimore Ravens took Oklahoma State’s leading rusher in the fourth round of the NFL Draft on Saturday.

Justice, who watched eight other running backs get selected before him, must have breathed a huge sigh of relief when he finally got the call.

Several former teammates and coaches chimed in to congratulate Justice on Twitter.

Congrats, @jhill21_! Excited to watch you compete at the next level. Great pick by the @Ravens. #GoPokes #okstate https://t.co/XMoDnXq5a1

??Congrats @jhill21_ well deserved. Thanks for being a great Cowboy. You will represent the Ravens with class on and off the field. https://t.co/hFAg98IVzD

A pair of former fellow RBs took the time to reach out.

Appreciate you brotha! See ya soon ?

One of the best feelings be when you see your brother achieve his dreams! Congrats my g! @jhill21_ Baltimore just got blessed!

Ravens just got a steal!!

#RavensTwitter and national media alike, were also excited about Baltimore adding the big-play ability of Hill.

#Ravens surrounding Lamar Jackson with some serious speed on offense:

Justice Hill is the HR hitter that Harbaugh has wanted to add to the Ravens backfield. Undersized but top-end speed.

New Ravens RB Justice Hill was no stranger to yards after contact per carry last year – here's where he broke out. #NFLDraft pic.twitter.com/9XAhaRjoyV

Love the Justice Hill pick for Baltimore. Wrote about him this week. https://t.co/rY6SZJn2oz pic.twitter.com/G7yPRzH6lX

Ooooooo I like this pick right here. @jhill21_ Big12 taking over https://t.co/kkDVvXws70