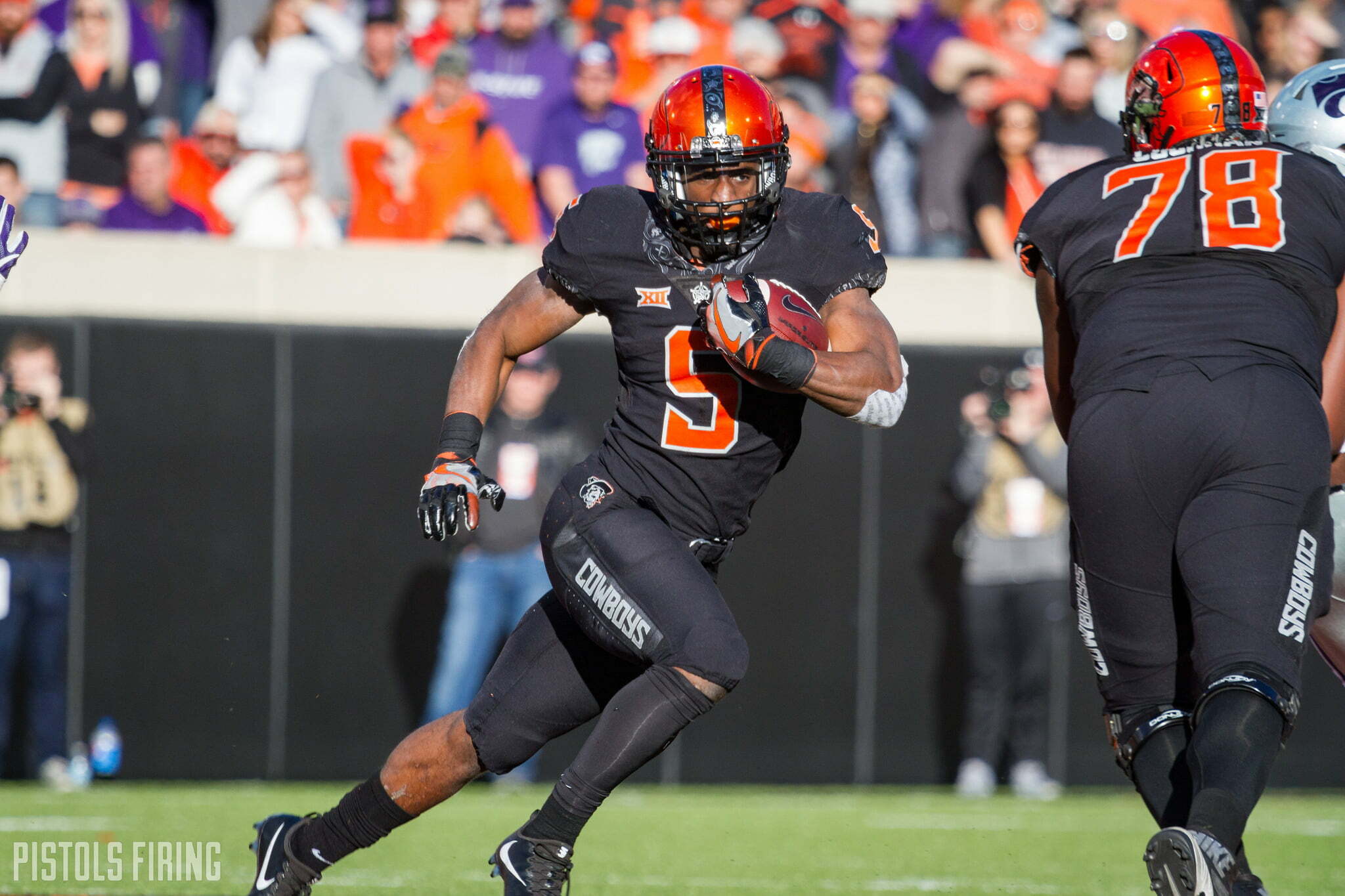 Oklahoma State’s leading rusher has finally found an NFL home in Baltimore with the Ravens taking the all-Big 12 running back with the 113th overall pick in the fourth round of the 2019 NFL Draft on Saturday.

“The Baltimore Ravens are building a track team… I love this pick."@jhill21_ is heading to Baltimore ‼️

Hill celebrated with his family at home in Tulsa and got a little screen time on ESPN.

At No. 113, Hill is the highest-drafted OSU running back since Vernand Morency who went 73rd overall to the Texans in 2005.

Hill is the ninth running back off of the board and will likely compete for a spot behind two-time Pro Bowler Mark Ingram who the Ravens added this offseason. Baltimore boasted the second-best rushing offense in the NFL last season.