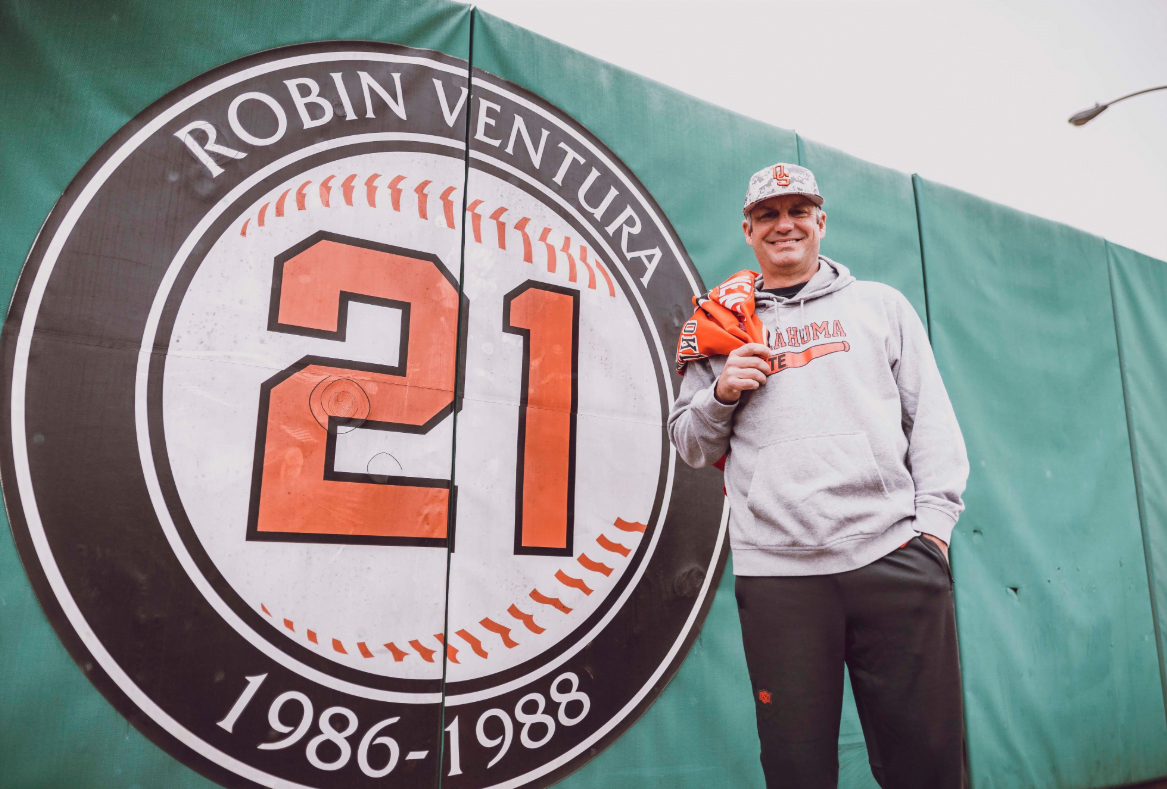 Robin Ventura will join Oklahoma State as a student assistant. Ventura played at OSU from 1985 to 1988 before a 16-year MLB career as a player and a five-year career as the Chicago White Sox’s manager.

“Robin Ventura will enhance the lives of our players — his experiences inside the game of baseball as a college player, major league player and major league manager provide rare and unique perspective to all of us inside the program,” said OSU head coach Josh Holliday in a statement.

“When Robin expressed interest in coming back and finishing his degree and joining our coaching staff, it was exciting. In addition to being an amazing player, Robin is an amazing person, teammate and leader who understands people and what a successful organization is all about. He brings people together and has a love for OSU that led him back to campus.

“What a statement about the value of finishing your degree and giving back to the school that helped launch your career. We have a very special coaching staff that will provide our players an amazing experience and a perspective on the game unlike any other in the country.”

To add on to all the excitement around the program, OSU enters the year at No. 22 and will move into its the new, luxurious O’Brate Stadium on March 20.

In his three seasons as a player in Stillwater, Ventura had a career. .428 batting average to go with 68 home runs and 302 RBIs. After winning gold in the 1988 Olympics in Seoul, he was taken 10th in the MLB Draft by the White Sox.

“I’m really excited to do this,” Ventura said. “For me, I could do quite a few things, but Oklahoma State and Cowboy baseball is special. I wanted to do and be somewhere that meant a lot to me, not just the baseball part — I love baseball and coaching and being a part of that — but being at Oklahoma State adds an extra layer of specialness to me.”

The Cowboys open O’Brate Stadium with TCU on March 20.