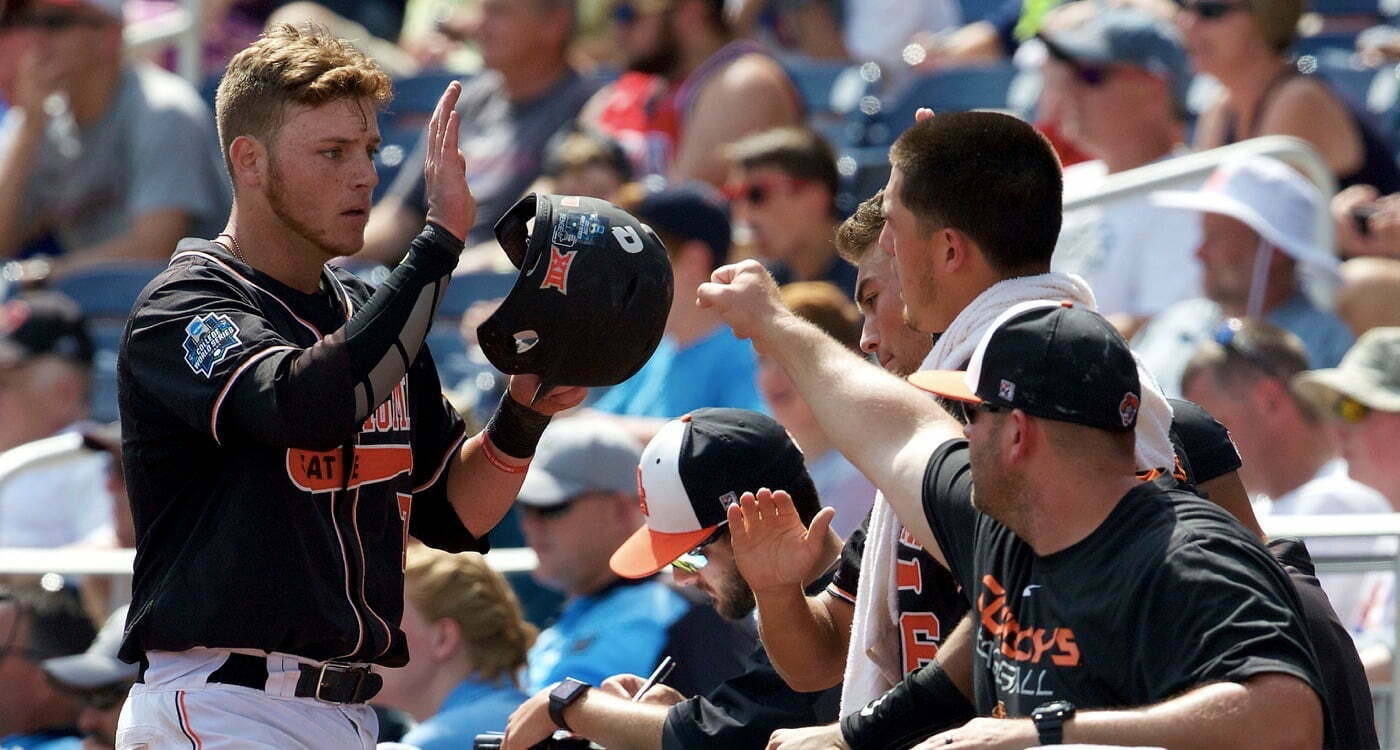 The Cowboys begin the season in Arizona starting with a three-game series with Grand Canyon Feb. 17-19 and a one-gamer with Arizona State on Feb. 21.

The Pokes first weekend series at Allie P. is Feb. 24-26 against Texas State. If you’re eager to see this team in person for the first time since last season’s College World Series run this will be your first chance.

For those in the Dallas area (or willing to make a day trip), OSU will take on three quality opponents in Frisco from March 5-7 taking on Nebraska, Arizona and Arkansas. All three of these teams have played the Cowboys in the postseason over the last two years, and Arizona obviously knocked Holliday’s crew out of the CWS last year.

Last season, scheduling difficult opponents helped toughen up the Cowboys before the Big 12 schedule started. OSU was swept by North Carolina early in the season which sparked a much-needed reshuffling of the bullpen.

Then a series win over Michigan in mid-March propelled the team’s RPI and helped the team’s postseason resume. This year’s slate will likely lead to more wins early in the year, but will provide very little help for the RPI come tournament-time.

The Cowboys will also meet up with familiar foes in Wichita State (twice) and Oral Roberts in midweek battles amidst the conference season.

The Cowboys conference schedule starts with a weekend trip to Fort Worth from March 24-26. This three-gamer has gone a long way in deciding the Big 12 regular season champion in each of the last three seasons.

The majority of the conference schedule is filled with mediocre matchups after that. However, back-to-back conference series with Texas Tech in Lubbock and Texas at home in late-April offer some intrigue. Both of those opponents will likely being fighting with OSU for the regular season crown.

While the schedule lacks a strong non-conference opponent it should still set OSU up for another postseason appearance. Holliday and recently named Asstistant Coach of the Year Rob Walton will have some re-tooling to do before the Cowboys take the field in just four short months.