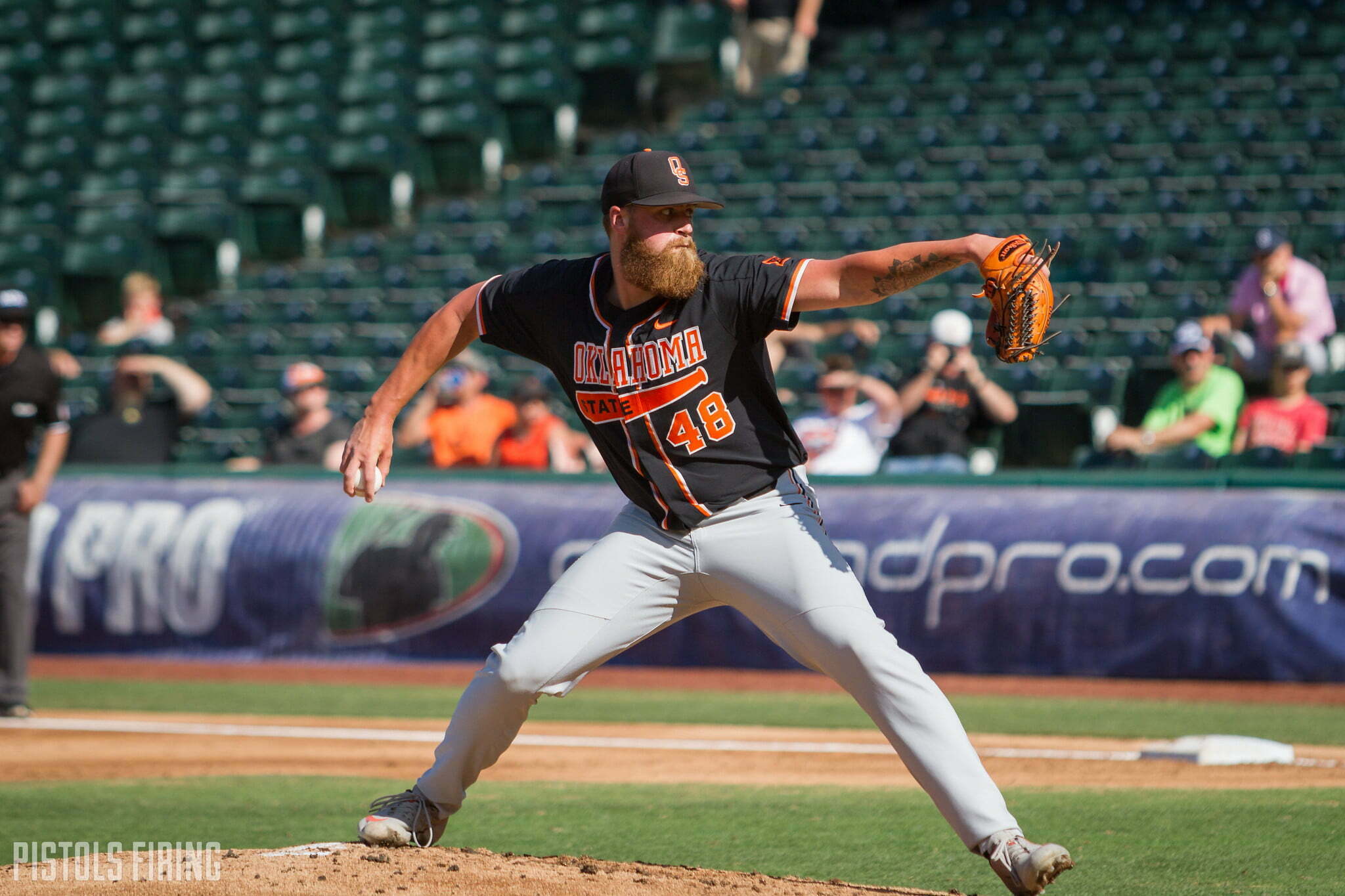 It’s early days in the college baseball season, but the Cowboys’ February slate has started with some competitive baseball.

Oklahoma State defeated No. 8 Arizona State 2-1 on Tuesday night in Phoenix just a few days removed from the No. 24 Cowboys dropping their season-opening series against Grand Canyon.

It was a solid season debut for sophomore right-hander Brett Standlee. After a nice end to his freshman season, Standlee threw seven innings against the Sun Devils (2-3), allowing one run off seven hits while striking out eight and not issuing a walk.

“Brett pitched great,” OSU coach Josh Holliday said. “I don’t think there’s any doubt he walked out there and competed really, really well against a good offensive team in Arizona State, several good hitters up and down their lineup, lot of experienced guys that know how to put an at-bat together. He had all of his pitches working, handled the righties and lefties really well, and I thought he was outstanding.”

Offensively, Cade Cabbiness got the job done for the Pokes (2-2). Cabbiness struggled at the plate as a junior last season, hitting just .234. That was the lowest batting average among OSU’s usual starters. But Tuesday, that was different.

Cabbiness had RBIs in his first two at-bats against the Sun Devils. It started in the second when Carson McCusker and Brock Mathis hit back-to-back singles to start the inning. The two ended up on second and third after a throwing error. Cabbiness made it three straight Cowboy singles when he ripped a grounder between ASU’s third baseman and shortstop, scoring McCusker.

Cabbiness got back to the plate in the fourth. With two outs, he demolished a ball well over the right-field fence, his first home run of the season.

No doubter! @CCabbiness16 sends a pitch deep into the desert to extend the #okstate lead in t4 #GapBand #GoPokes pic.twitter.com/sMxq0fAHVB

Both offenses missed a few opportunities. ASU finished the game with 11 runners left on base, leaving the bases loaded twice, including in the ninth. OSU left 12 runners on in total, leaving the bases filled in three different innings.

One Cowboy who was seemingly always on base was second baseman Kaden Polcovich. Polcovich finished 2-for-3 and was also walked twice. Through his first 16 at-bats as a Cowboy, Polcovich has got on base 42.1 percent of the time. He is also tied for the team lead through four games in hits, RBIs and runs scored.

“That was a high-level college game,” Holliday said. “That was more of a late season-type game played early on.”