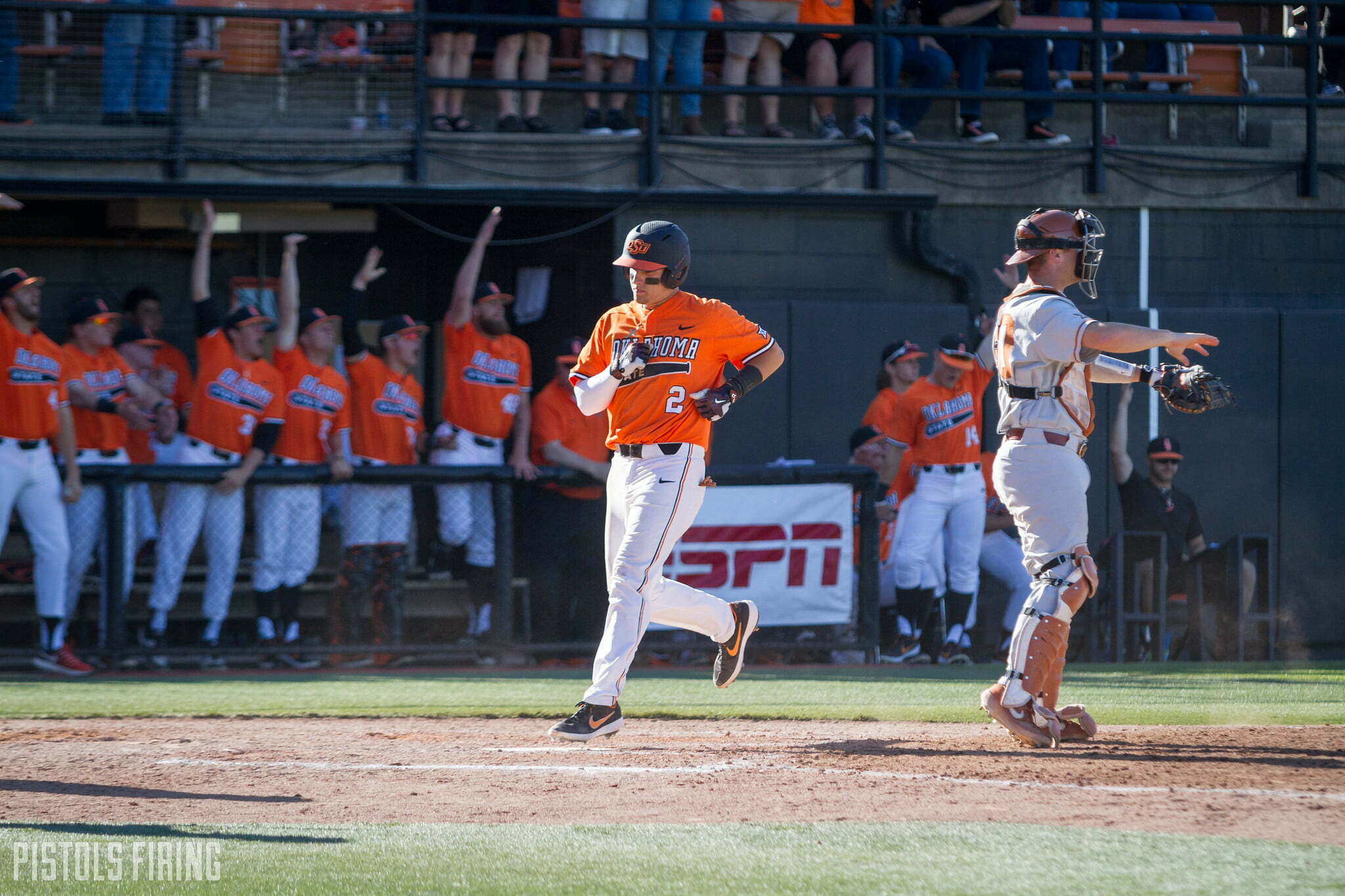 After a disappointing three games against Texas Tech last weekend, it’s safe to say the Cowboys have bounced back.

The Oklahoma State baseball team defeated Oregon State 5-2 on Saturday in Corvallis. The win gives the No. 21 Cowboys a series victory against the defending national champions.

Christian Funk got it done at the plate Saturday night against the No. 2 team in the country. Funk finished 2-for-3 with three RBIs and a run scored. He started the game’s scoring in the first inning with a solo home run to right field, his ninth of the season.

In his next at-bat, Funk hit a sacrifice fly to right field that scored Cade Cabbiness. Then in the top of the fifth, Funk brought in Cabbiness again, this time with an RBI single to right-center.

Andrew Navigato also hit a solo home run to right. His came in the fourth inning. Colin Simpson had the Cowboys’ other RBI, a sac fly that scored Hueston Morrill in the fifth.

It was a bit of a committee approach on the mound for Oklahoma State. Parker Scott started the game while Logan Gragg, Joe Lienhard, Brady Basso and Peyton Battenfield all saw work out of the bullpen. OSU’s pitchers combined to allow two runs off seven hits while walking five and striking out 11.

Gragg got the victory, relieving Scott to start the fourth inning. Gragg, who began the year as a starting pitcher but has found recent success coming out of the bullpen, went four innings. He allowed only one hit. He walked two and struck out five.

In the eighth inning, the Beavers had the tying run at the plate with one out when Basso came in for Lienhard. Basso struck out Oregon State’s next two batters to get the Cowboys out of the jam.

The Cowboys have a chance to sweep the Beavers on Sunday, with first pitch scheduled for 2:05 p.m.