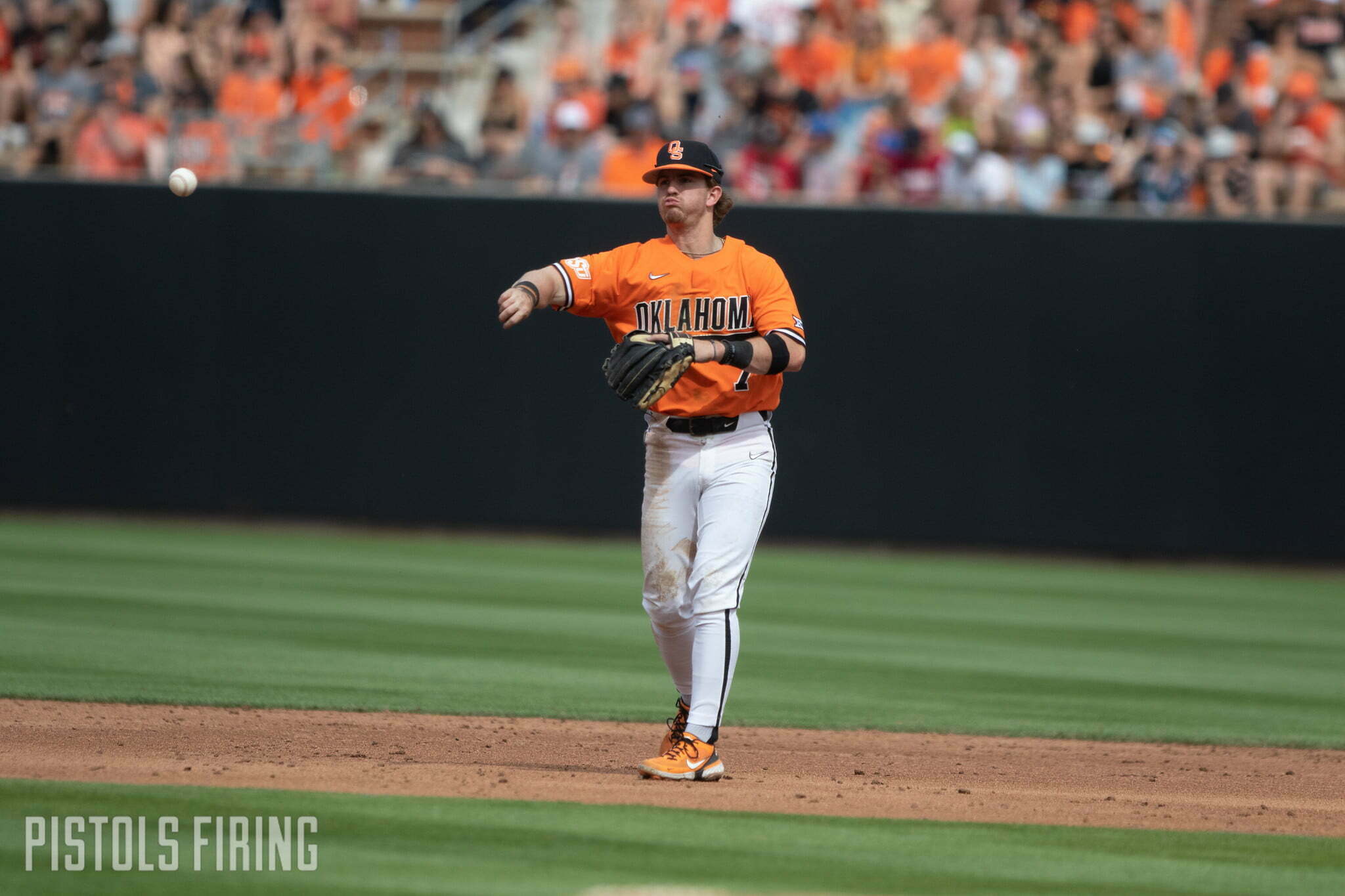 The Cowboys’ attempt to fight through the loser’s bracket to the Big 12 title game was a valiant effort, but it came up just short.

After an 8-1 OSU victory over Texas on Saturday morning, it was the Longhorns’ turn to pile on the runs early Saturday afternoon.

Jake Thompson flipped on the scoreboard with his sac RBI in the bottom of the first. He ended the game 0-for-4, but that run was part of a five-RBI Saturday for the Cowboys’ now co-home run leader.

Caeden Trenkle led the Cowboys going 2-for-3 including a double to right centerfield. He also made a handful of plays in the outfield, recording four putouts.

The Horns scored two runs in the second and then piled on five more in the third at the expense of starter Hueston Morrill and Kale Davis. The pair combined to pitch four 2/3 innings, where they allowed eight hits and eight runs.

Left-handed reliever Dillon Marsh took the mound for the final four 1/3 innings and at least stopped the bleeding, or slowed it. He allowed three hits and just one run, striking out one. That was no small thing against the UT bats that got white hot on Saturday afternoon.

The Cowboys had a couple of chances to make it a game, but it was too little, too late. OSU loaded the bases in the bottom of the fourth before Nolan McLean was struck out looking, stranding three Cowboys.

McLean did not have his best day from the plate, but he was one of only two Cowboys to score in Game 2. After an 0-for-4 outing Saturday morning, he went 1-for-4 in the afternoon. But that one, was a vintage McLean dinger, moving him into the tie for team lead with Thompson. They each have 14 on the year.

Despite the loss, the Cowboys had their fair share of highlight plays.

Thompson made a huge play with this missile from deep centerfield.

And Roc Riggio made this diving play in the sixth.

The Pokes are just on the outside looking for one of the 16 coveted regional host spots. The Pokes await their postseason seed. The NCAA Tournament Selection Show will air on ESPN2 at 11 a.m. Monday.