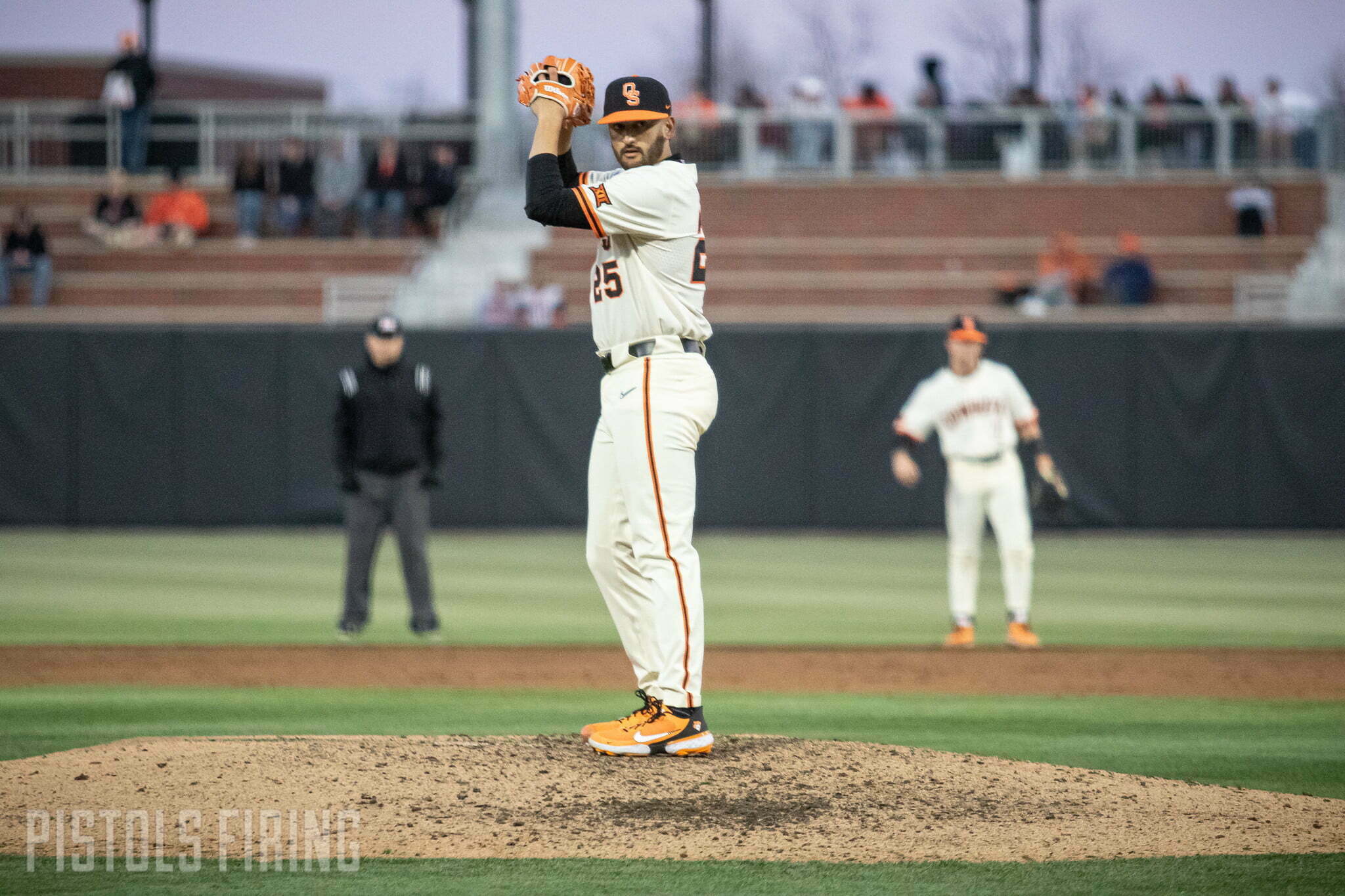 Brett Brown stepped to the dish with the Cowboys in a hole, and the junior college transfer delivered.

Oklahoma State beat Arizona State 7-5 on Tuesday night in the Grand Canyon State, but it wasn’t looking like midweek glory for the Pokes for a decent chunk of the game. Brown stepped to the plate with the bases loaded and OSU trailing 4-1 in the eighth. He hit an 0-2 pitch to the gap in left-center field, clearing the bases and tying the game at 4.

Later in the inning, Jaxson Crull brought Brown home with a bases-loaded single to left, giving the Cowboys their first lead of the night at 5-4.

OSU (5-2) went on to add a pair of runs in the ninth. The Sun Devils scored in the ninth and had the tying run on first base before Trevor Martin forced a game-inning flyout to center. Martin pitched one 2/3 innings where he allowed the one run off no hits. He came on in the eighth with a runner in scoring position, and after a walk, he struck out Arizona State’s next two batters to get out of the frame.

After struggling at the plate during the first week of the season, Nolan McLean built on his Sunday performance. The No. 46 player in the MLB’s 2022 draft rankings, McLean hit a solo home run in the fourth inning, his second of the season. He went 2-for-3 on the day with three runs scored and the RBI. McLean has had some recent strikeout struggles, but he showed patience at the plate in Arizona, drawing a pair of walks.

With the icy conditions in Stillwater this past weekend cutting one of the Cowboys’ games with Wright State, usual Saturday starter Victor Mederos got the start on the bump for OSU on Tuesday. A transfer from Miami, Mederos threw five innings where he allowed three runs off nine hits while striking out five.

Relief pitcher Roman Phansalkar got the win in his two 1/3 innings of work where he allowed one unearned run off three hits. He also walked a pair of batters.

Phansalkar got more than a bit of help in the seventh inning from third-year sophomore Caeden Trenkle. Trenkle made a pair of diving catches in the inning, the second of which saved at least one run.

These teams will do it again Wednesday, with first pitch schedule for 2 p.m. central.