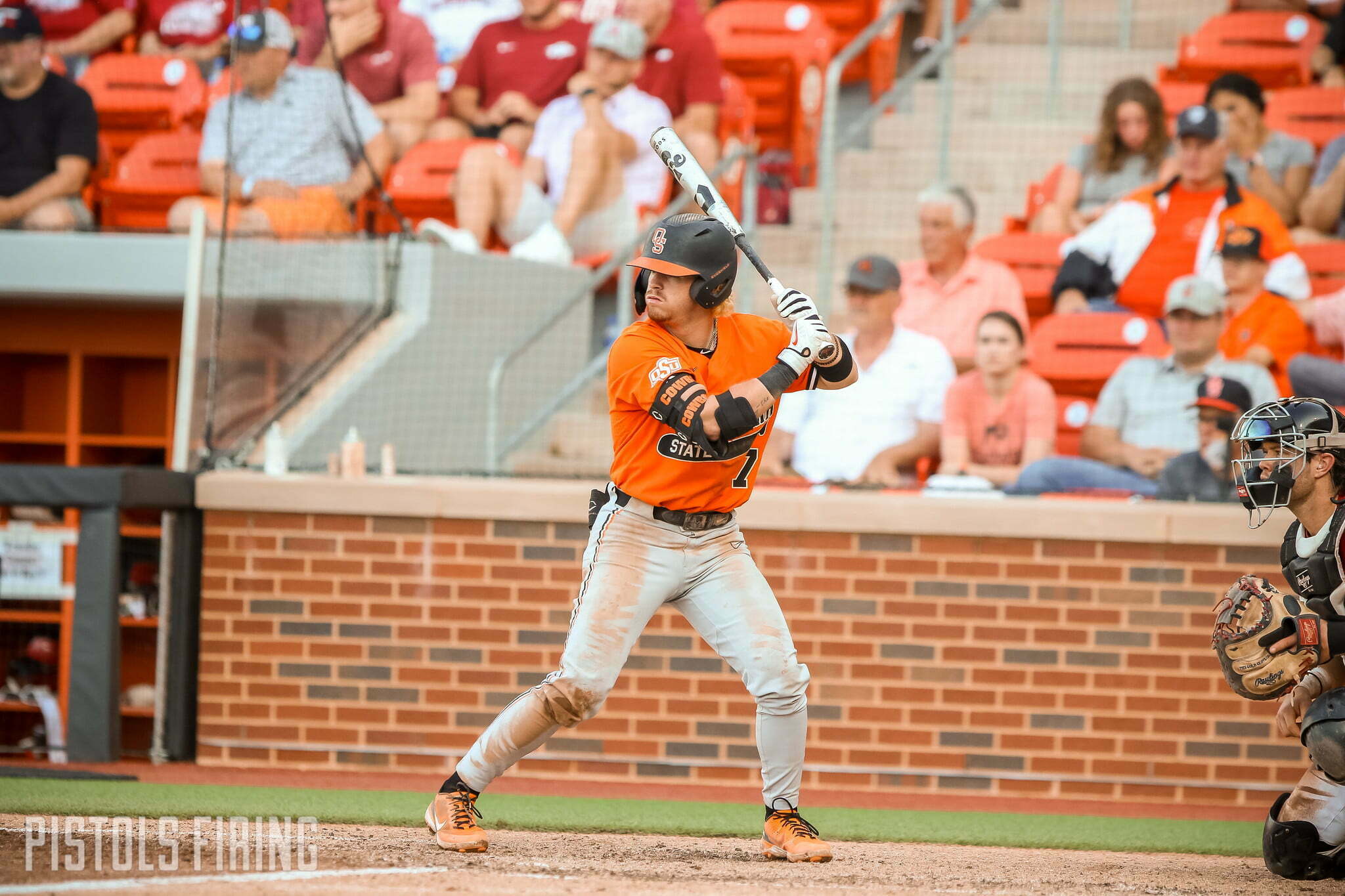 The Cowboys baseball season is just a month away, and it looks as if Josh Holliday has another solid team on his hands.

Oklahoma State came it at No. 9 in D1Baseball’s Preseason Top 25 released Tuesday. That’s top among the three Big 12 teams ranked, joining No. 15 TCU and No. 24 Texas Tech. You can see the full rankings here.

OSU went 42-22 last season. The Cowboys’ season ended in a wild NCAA Regional where three of the five games they played in had at least 24 runs scored (one game had 44 runs scored).

The Cowboys return quite a bit of firepower from their 2022 squad.

Nolan McLean is back after the Baltimore Orioles took him with the 81st pick in last year’s MLB Draft, but McLean and the Orioles were unable to come to an agreement. McLean hit .285 with a team-best 19 home runs in 2022.

Also back are the sophomore tandem of Roc Riggio and Zach Ehrhard. Riggio had an outstanding NCAA Regional, hitting .556 with four home runs and 17 RBIs in those five games. In his first season of college baseball, Ehrhard hit .332 and led the Cowboys with 60 runs scored.

Pitching will be somewhat of an unknown, but Rob Walton and Co. shored things up this offseason through the transfer portal. The Cowboys brought in Long Beach State transfer Juaron Watts-Brown, who had a 3.68 ERA and 111 strikeouts last season. Watts-Brown is part of a Top 5 transfer class the Pokes have brought to Stillwater.

Oklahoma State starts its season Feb. 17 at the College Baseball Showdown at Globe Life Field in Arlington. The three-day event will see Oklahoma State play Missouri, No. 10 Vanderbilt and No. 8 Arkansas.