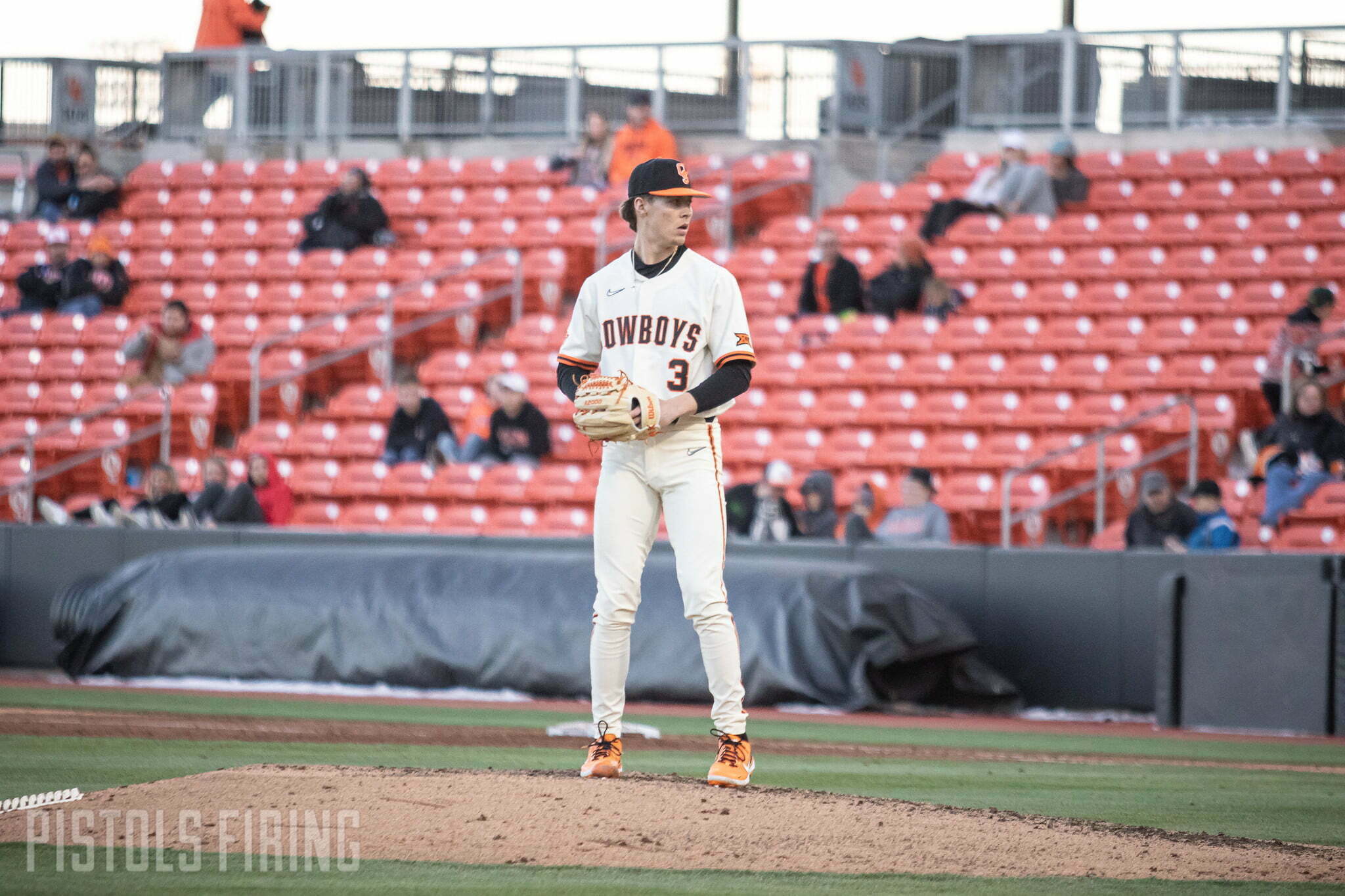 STILLWATER — Temperatures were cold at O’Brate Stadium on Sunday, and so were the Cowboys’ bats.

Oklahoma State fell to Gonzaga 2-1 on Monday, as the Bulldogs completed their series sweep over the Top 10 Pokes. Gonzaga won 4-3 on Friday and 2-1 (in 10 innings) on Saturday before a cold front delayed the teams’ season finale. OSU was just 17-for-97 (.175) at the plate on the weekend.

“When you don’t get the results you want, you start trying harder,” OSU coach Josh Holliday said. “That doesn’t usually lead to the destination you’re trying to get to, but that’s natural on a team. The kids are competitive. They want to win. Guys are trying hard to deliver and sometimes you try too hard and you do too much. There’s a happy medium there.”

OSU was 6-for-32 at the plate Monday, with Marcus Brown accounting for a third of the Pokes’ hits, going 2-for-4.

OSU’s lone run came in the fifth inning when Jake Thompson reached base on a throwing error for what would’ve been the final out of the inning. Zach Ehrhard, who walked to get on base, scored from third on that play. Ehrhard, Caeden Trenkle, Thompson and Nolan McLean, the first four in OSU’s batting order, combined to go 2-for-14 with 10 strikeouts on the day.

The bright side for the Pokes was their pitching staff. Bryce Osmond got the start, throwing four 1/3 innings in which he allowed two runs off six hits while walking one and striking out five. Osmond had only one sticky inning, the third.

That third inning saw three straight one-out singles score the first run of the game. Gonzaga catcher Tyler Rando followed that up with a double to right field that scored the Bulldogs’ other run. Osmond was able to strand a pair of runners with a strikeout and a pop up.

Kale Davis and Trevor Martin came on in relief. The duo gave up only one hit against the 16 batters they faced.

“Disappointing,” Holliday said of the series. “We knew they had a good pitching staff coming in. We certainly matched them on the mound. We pitched beautifully, we played tremendous defense, but we weren’t able to relax and put any kind of offensive finish together. We had some opportunities, had some base runners but just did not finish any. I give them credit. They have a fine pitching staff. They certainly exposed some things that we need to get better at.”

With the weather delay, the Cowboys don’t have long to lick their wounds. OSU hosts Missouri State at 4 p.m. Tuesday in O’Brate. The game will be streamed on ESPN+.