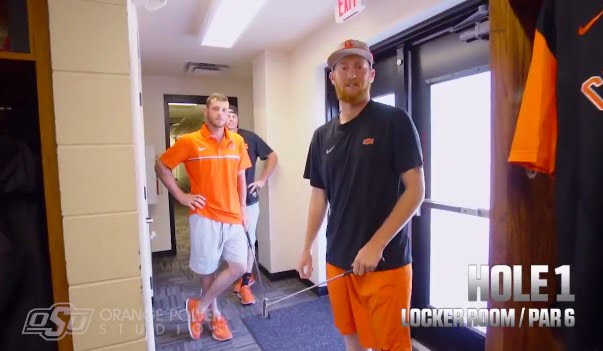 Baseball players putting golf balls with miniature putters through Allie P. Reynolds Stadium had some positives and some negatives … and a whole lot of hilarity. Watch this.

Tour the home of #okstate baseball w/@cobber_22, @AndyRo_44 & Ryan Sluder — and see why you should never let Trey borrow your putter! pic.twitter.com/lyLrMzzBCe

The ugly: Trey Cobb missing a 1-foot putt and slamming his putter twice, bending it (see 1:14)

Next up: Augusta National.

Oklahoma State was rained out on Tuesday night but will start a nine-game home stand on Friday against Texas.