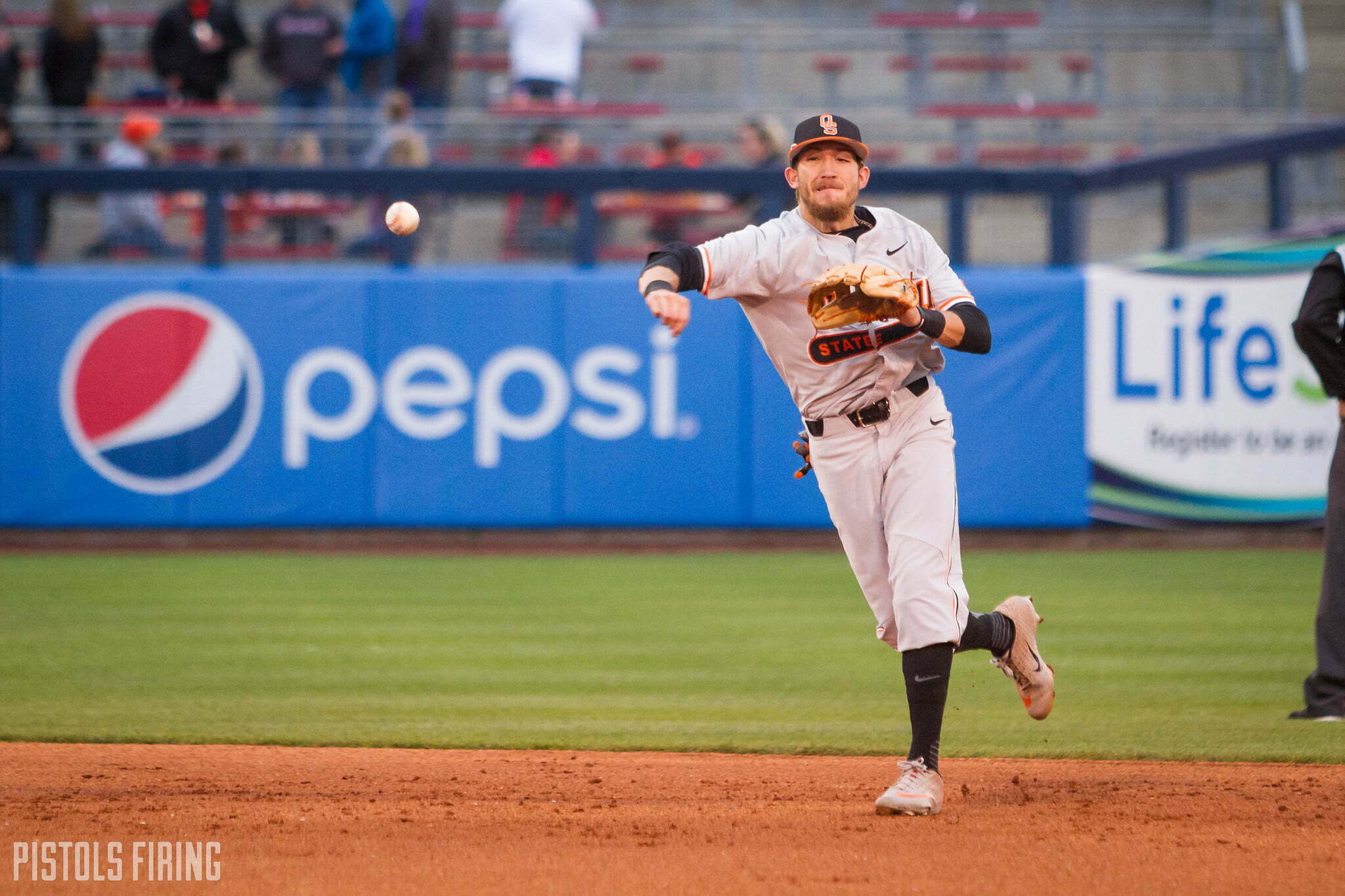 Four Cowboy pitchers made their collegiate debuts Friday night in Phoenix, and the game didn’t go according to plan.

Oklahoma State fell to Grand Canyon 10-3 in the Pokes’ season opener. Highly touted freshman Bryce Osmond started on the mound, but he went just two innings after allowing five runs off five hits while walking two and striking out four.

From there, Kale Davis, Roman Phansalkar and Ryan Bogusz combined to pitch the final six innings. That trio of debutants allowed a combined five runs off four hits, striking out eight and walking five.

There aren’t an incredible amount of returners this season from OSU’s 2019 pitching staff, so it’ll be interesting how that plays out this season.

Despite the lopsided final score, the Cowboys actually struck first. After Hueston Morrill and Caeden Trenkle struck out to start the game, second baseman Kaden Polcovich hit a two-out single. Polcovich then stole second and advanced to third on a wild pitch.

After Alix Garcia drew a walk, Kentucky transfer Jake Thompson brought in Polcovich with a single to right.

The Pokes other two scores came in the sixth. Carson McCusker drew a walk to start the inning and advanced to second on a wild pitch. Max Hewitt doubled to left to bring in McCusker then back-to-back fly outs saw Hewitt getting to third and crossing home plate.

This might not be how the season ends, but here is the batting order — littered with new players — OSU coach Josh Holliday went with to start the season.

The Cowboys still have two more cracks at GCU, starting at 3 p.m. Saturday. Junior left-hander Parker Scott is expected to start on the mound for the Cowboys.