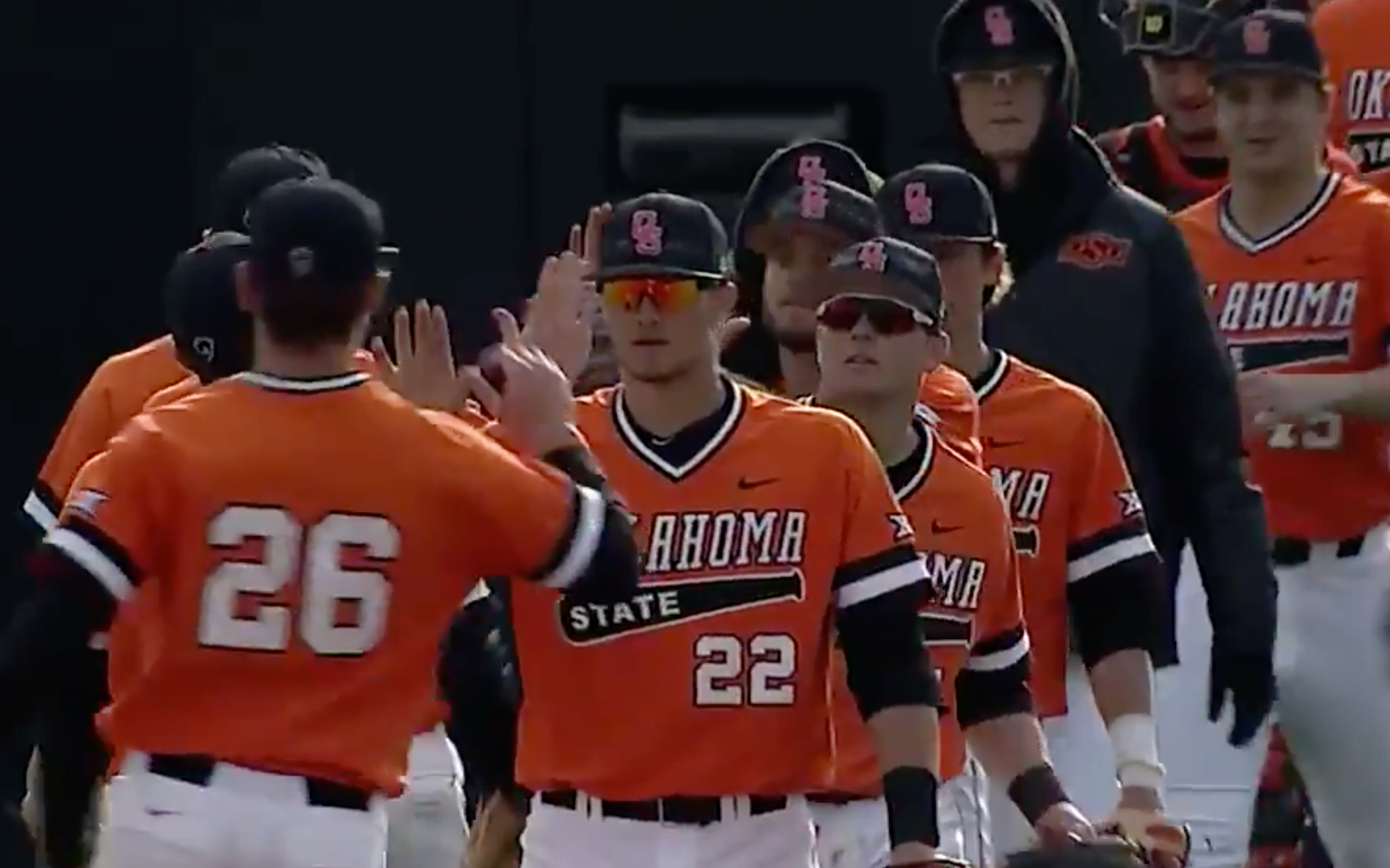 Baseball was back at Allie P. Reynolds Stadium for the 37th, and possibly, final (?) season over the weekend, and there was more history waiting there.

With the Oklahoma State baseball team’s series-clinching 6-3 victory against Texas State on Sunday, the Cowboys tallied their 900th win in Allie P.

OSU junior third baseman Garrett Benge went 2-for-4, drove in half of the Cowboys’ runs and said the historic victory was amazing.

“So much history has been played at this park,” Benge said. “It’s just incredible to be a part of a program that has that tremendous history.”

Junior reliever Jake Cowan said when he thinks of the history at Allie P., he thinks of last year’s College World Series team and the names he sees almost every day.

After 2016’s performance in getting to Omaha, the Cowboys have earned 20 CWS bids and enshrined names such as Robin Ventura, current coach Josh Holliday and, of course, Allie P. Reynolds into the OSU Baseball Hall of Fame.

“I think about the names of the greats on the wall out there,” Cowan said. “Tradition-rich program. Winning is a thing here, we gotta do more of.”

He said the slider was what did it.

“That was really the key to everything,” Cowan said. “They couldn’t hit it very well if you located ’em well, and that’s really what got us going.”

Cowan struck out six of the 13 batters he faced.

After he lit into the Texas State lineup, the inexperienced Cowboy bullpen sealed the series. Junior juco transfer Cole Hearrean pitched the eighth inning before freshman John Heasley closed. Neither allowed a run.

Cowan said pitching coach Rob Walton is working hard, as always, with the staff. He is always working with the Cowboys to get back into the groove and get over the inexperience.

The Cowboys came into Sunday with the series tied after a 10-7 win in the first game and a 12-11 loss in the second. Benge said their attitude was what pushed them across for the series victory.

“It’s a big advantage whenever you know you’re never out of a game,” Benge said. “It’s always good to have that competitive spirit throughout our dugout, and I think that definitely helped with the wins this weekend.”