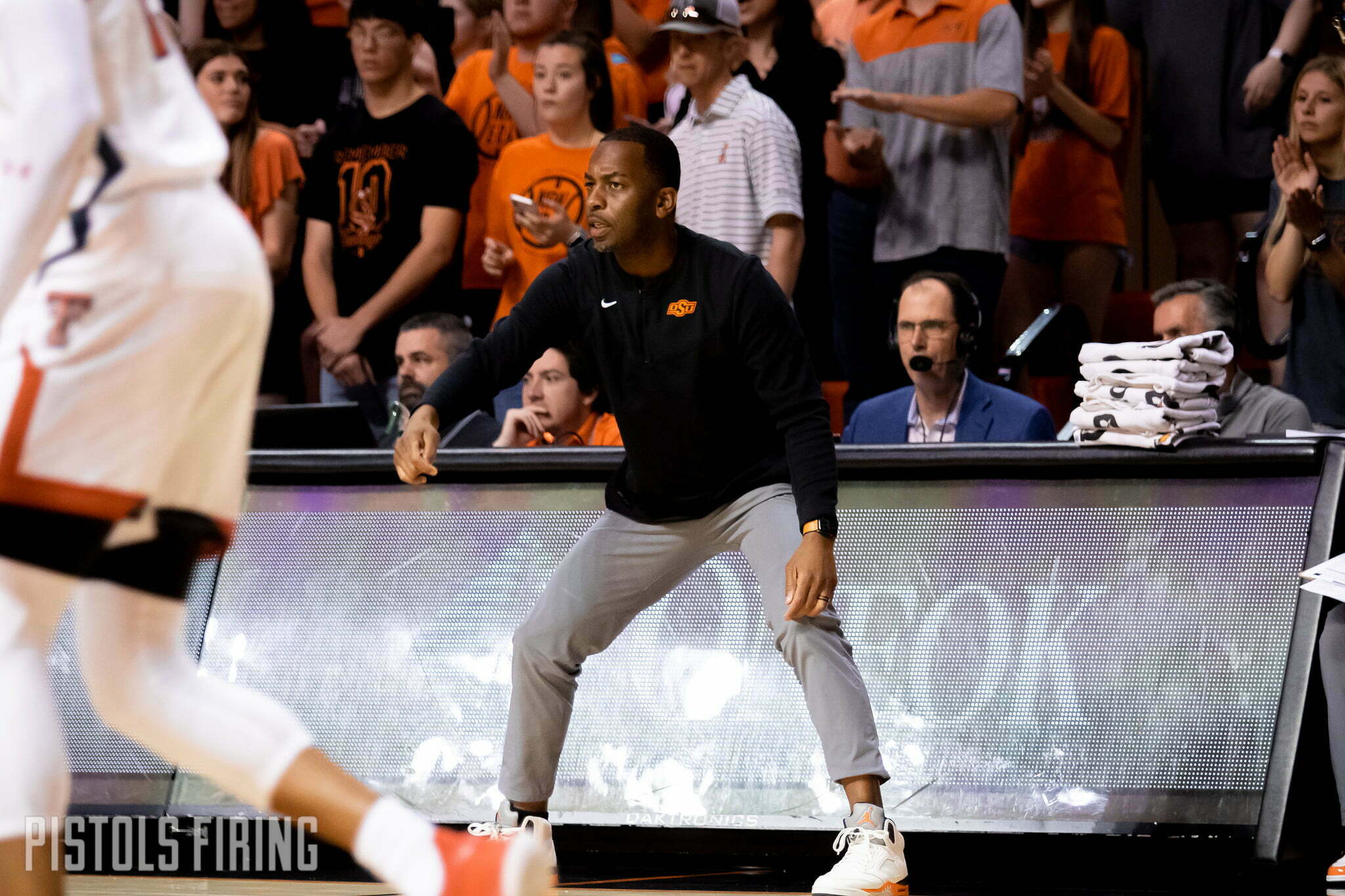 STILLWATER — Mike Boynton’s current four-man recruiting class feels like a lot, but it might not be enough.

Back in the day, seeing six seniors on a roster would mean those six players are done after this season, but not in this post-pandemic world. Among that group of six seniors, Anderson, Harris, Boone and Wright all have an extra season of eligibility because of the pandemic, should they choose to use it. Harris actually should have two seasons because he redshirted with injury last year (but he isn’t listed as a redshirt junior on OSU’s roster). Asberry and Kouma are already in their extra year, according to Boynton.

Then that group of juniors all have two years left after this season, but it’s impossible to say who will stay and who will go.

Then on top of all that, because of the sanctions, OSU could elect to burn another scholarship, the final one, next year.

So, how many scholarships does Mike Boynton have available? Somewhere between four and 11 — probably.

“I don’t talk about it,” Boynton said. “I think about it, obviously, because I want to prepare, but it’s an impossible exercise. … What do you do? You just try to sign as many good players as you can and figure it out next year when the time comes.”

Boynton seems on pace to sign good players. OSU’s four-man class of Brandon Garrison, Justin McBride, Jamyron Keller and Connor Dow ranks 12th nationally. And it could grow. Boynton didn’t say whether there is a number of signees he would stop at. At some point, the high school recruiting will probably turn into waiting until the end of the season, seeing who leaves and hitting the transfer portal.

“It’s hard turning down good players,” Boynton said. “Credit to our staff, they’ve done a tremendous job here early in identifying guys who we think can fit what we’re trying to build here in the future. And they ask the question, and again, I have to answer it. Ultimately, I’m responsible for it. I know that there’s a limit of scholarships we have to be at by next fall. We won’t be over it.”