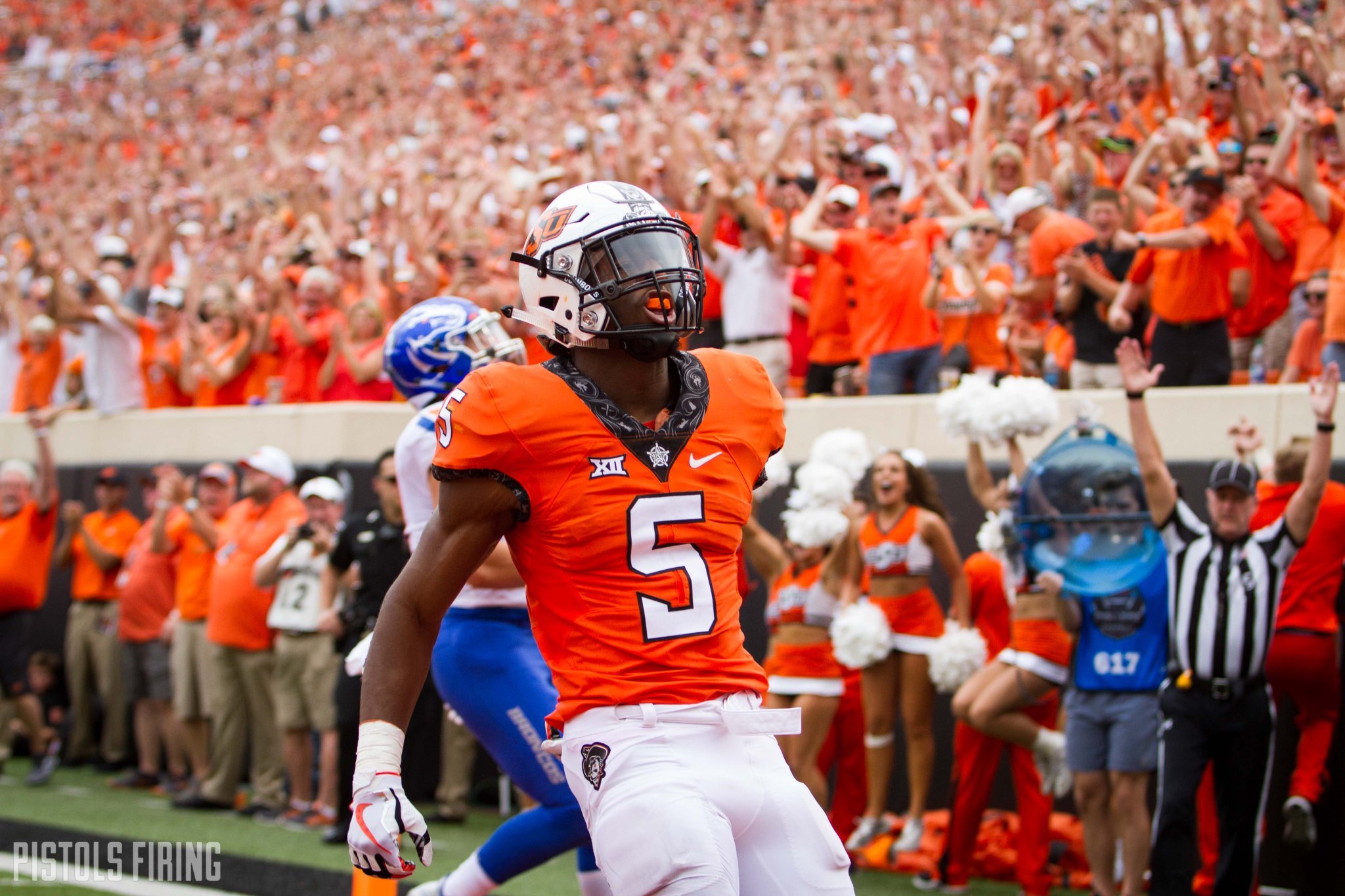 STILLWATER — If you took a potty break early during the first half of Oklahoma State’s impressive 44-21 victory over No. 17 Boise State on Saturday, you probably didn’t miss much.

For two programs as historically (and recently) reliant on offense, it was the one element surprisingly hard to come by early on. The first quarter ended 0-0. Instead, defense and special teams dictated the outcome, and the Cowboys brought a full cartridge of ammo to dominate both sectors. By halftime, it was 17-7 good guys following OSU putting its rushing attack in the hands of its quarterback and a pair of TDs on the ground in the second quarter.

Though the Oklahoma State defense surrendered the first score of the afternoon on a 31-yard pass from Boise QB Brett Rypien, the unit tightened up like Les Miles with a touchdown lead in the waning moments of a fourth quarter. The remainder of the game, the D surrendered only 14 more points. It limited the Broncos and their high-flying offense to a season-low 414 yards.

“It was a really good effort by our defense,” said Mike Gundy. “Gave up one yard per carry against a team that’s had tremendous success running the football … Really good defensive effort. Seven sacks, one yard per rush and other than the first score we gave up, we were really good.”

Strong special teams play was a game-rocker for Oklahoma State in what may have been an otherwise close contest early. The Cowboys blocked a punt early on in the second quarter to start their special teams momentum deep in their own territory. Three plays later, the Cowboy O capitalized with a score to take a 14-7 lead it would not relinquish.

The blocked punt was the first of two for the oft-disparaged Cowboy special teams. Both led to scores on the day, the first instance setting up the offense for a quick drive and score, and the second came via a true scoop and score.

“Sometimes during the week,” said Gundy, “you watch things and you feel like that’s going to work, and then sometimes you’re like ‘I’m not real fired up about that.’ And I felt really good about [special teams] all week.”

It was a much-needed bounceback afternoon for the special teams unit of OSU that has been more up than down this season.

As for the real MVP unit of the day, Oklahoma State might be … *looks around, loads up hot take cannon* really good on defense. Speed off the edge was a game-changer for the Cowboys. Rypien faced constant pressure off the edge from Jim Knowles’ defensive unit, and the looks were exotic as the OKC Zoo. Sometimes that came in the form of Calvin Bundage, others times it was Jordan Brailford or A.J. Green or Jarrell Owens. It was a thoroughly impressive defensive attack.

Here’s the final tally for the defense …

Not to be forgotten, Taylor Cornelius had a second consecutive solid outing in as many weeks. He finished 15-of-26 for 243 yards with a passing and rushing touchdown. Justice Hill added 123 yards on 15 carries and a score. Tylan Wallace had five catches for 105 yards. On the day, OSU ended with 424 yards of total offense on 6.6 yards per play, and got one incredible stiff arm from Justice on the game-sealing drive.

Said defensive standout Jordan Brailford, who wreaked havoc perpetually on Saturday: “It felt really good. There’s a culture here and we don’t take any days off. We pride ourselves on going hard all the time, and that showed today.”