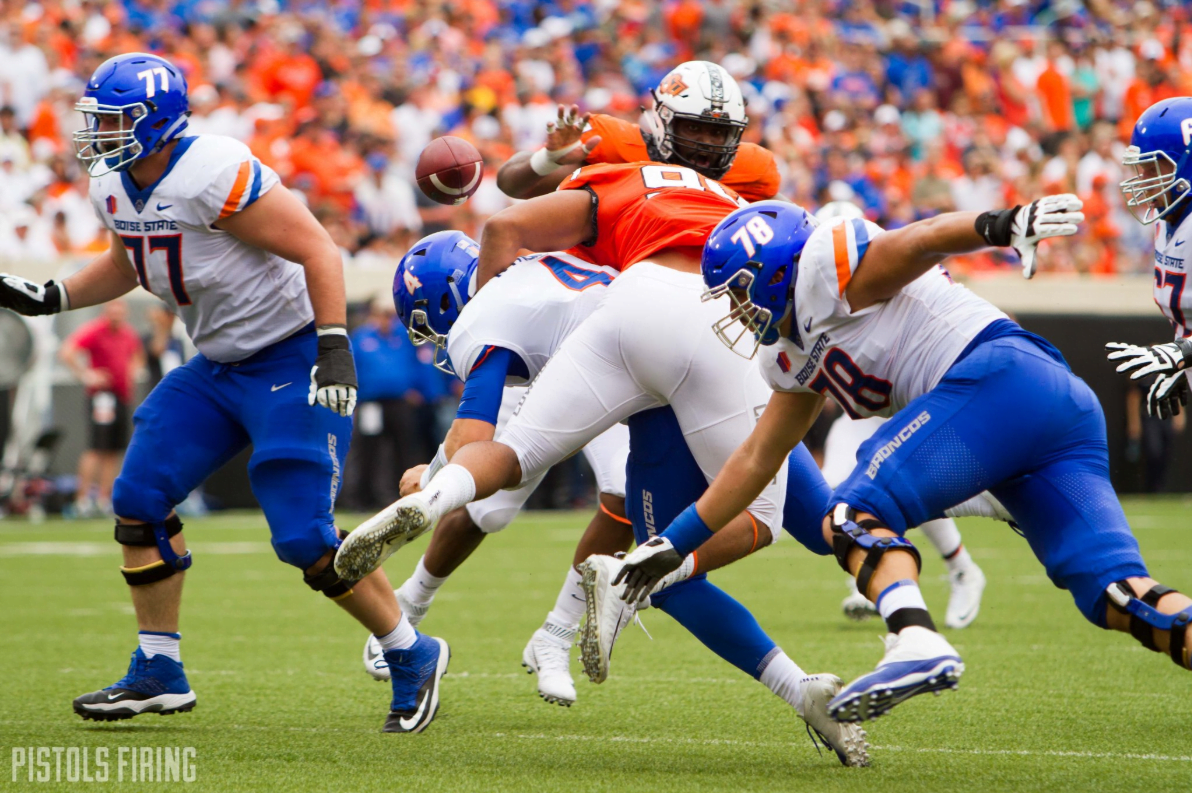 It’s like we’ve been saying for weeks around here: Nobody does special teams like Mike Gundy and Oklahoma State.

Maybe we haven’t been saying exactly that.

But the Pokes showed out on special teams on Saturday against Boise State. The Pokes blocked a punt in the first half which led to a Taylor Cornelius rushing TD. Amen Ogbongbemiga was credited with the block.

Then in the second half another blocked punt led to another TD. This time they didn’t even bother with the offense as Za’Carrius Green took it right in. Jarrick Bernard was credited with the block this time.