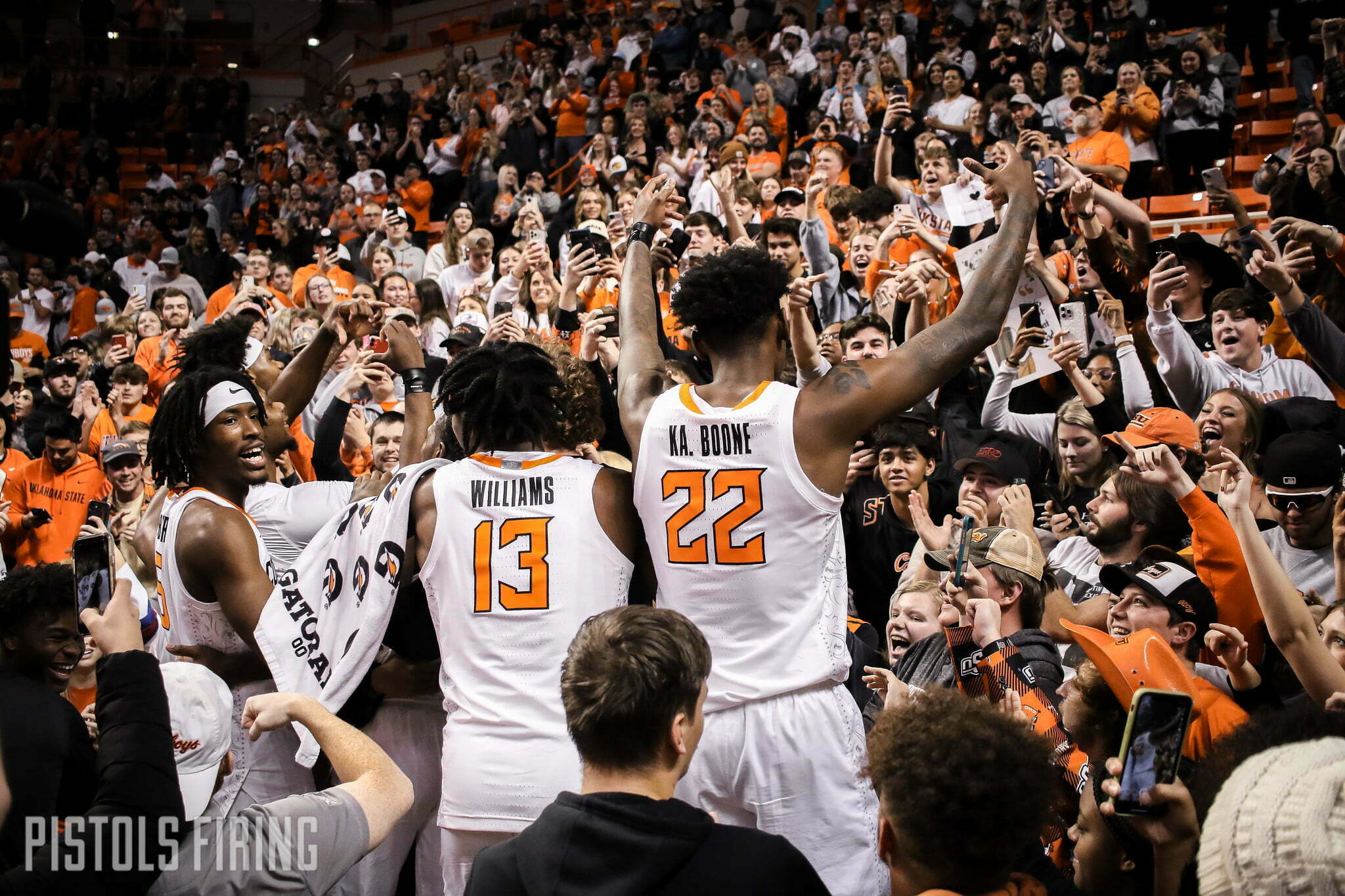 Two wins over two quality teams in the span of a week wasn’t enough to push Oklahoma State into the NCAA Tournament picture for bracket experts who analyze resumes and project for a living, but it sure seems like the Cowboys are quickly entering the March Madness picture after a 1-4 start to Big 12 play.

ESPN’s Joe Lunardi included OSU among the first four teams OUT of the 68-team field following the wild weekend that was that saw OSU overcome a big deficit and defeat Iowa State inside Gallagher-Iba Arena.

SB Nation’s Blogging the Bracket included OSU among the next four OUT — so not the first four out of the 68-team field but the next four after that — in its latest projections. Curiously, though, OU was one of the last four teams in the field. Here’s a side-by-side comparison of the resumes, just for funzies.

A win Tuesday night at Texas would bump OSU to three Quad 1 wins and likely move it from outside the tournament picture to comfortably in the field, but that’s maybe getting out over the skis a bit. The good news is that there’s some life in OSU’s once seemingly dead tourney hopes. There’s still plenty of time for OSU to bolster its credentials ahead of Selection Sunday and OSU seems to be on a path towards potentially making the field.