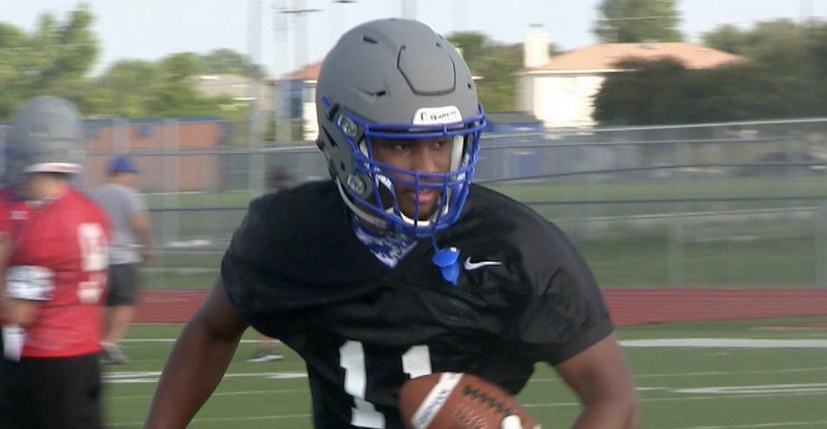 The Cowboy Back position is in a total makeover phase right now in the recruiting process. Oklahoma State lost two key contributors in Blake Jarwin and Zac Veatch after graduating, and redshirt sophomore Jordan Frazier has opted to take his talents closer to home.

That leaves OSU with exactly one scholarship tight end — Keenen Brown — who was recruited to play wide receiver.

Here’s a look at how the scholarships stand at the moment (looking towards 2017) and some key names to keep on the radar.

So this is a total rebuild. Not an ideal situation for OSU losing its best pass catching tight end and best run-blocker in the same year. And the only real depth in Jordan Frazier is going elsewhere, which realistically was a move that helped out both parties.

But now Oklahoma State will rely on first-year guys like they’ve never done before. Right now, OSU has two commitments in the class. And given that 3 just left, #math tells me one is up for grabs. So look for a target to emerge soon.

Finefeuiaki will help soften the blow with OSU’s outgoing talent. He’s a prospect from the College of San Mateo who is built in the mold of an H-back, but has the ability to line up on the line as a tight end and catch passes. To contrast the other current commitment, I’d think he will be more of a blocker that leads the running game charge, but his hands are so soft he almost definitely deserves a role in the passing game. Of course, so did Blake Jarwin. And OSU never really exploited his ability as a mismatch across the middle of the field.

Henderson, a former Naval Academy commitment, was a huge coup for Jason McEndoo. He has good height and a good frame that he can grow into, he was a productive tight end/wide receiver in high school, and fits a hybrid mold of cowboy back that OSU is moving to. Heck, he was even used in the Wildcat formation. As a quarterback!

Frankly, he’s a guy that would benefit from a redshirt. But OSU won’t have that luxury. So the heat is on him to get in shape this offseason to come in ready to contribute in some capacity. He won’t be a big piece from day one, but could be a major factor in the passing game as he develops over the next few years.

This young man is priority No. 1 for Oklahoma State. The Westmoore (OK) product is slept on but won’t be for long. He has excellent size and agility, he moves like a receiver, and he’s a huge target down the field with reliable hands.

Right now, Oklahoma State is the only school on board. But OU, SMU, Tulsa, and others are showing interest. And his interest will likely increase as the spring evaluation period nears.

This four-star Missouri City (Texas) recruit is basically a player you would make on Madden as a perfect tight end. He has ideal size already at 6-foot-5 and 235 pounds to contribute immediately, and he’s built in the same frame as O.J. Howard of Alabama — a kid likely headed in the first round of the NFL draft.

With offers from more than 30 schools including Texas, Texas A&M, Clemson, Ohio State and a slew of others, I’d be surprised to see him give OSU much thought.