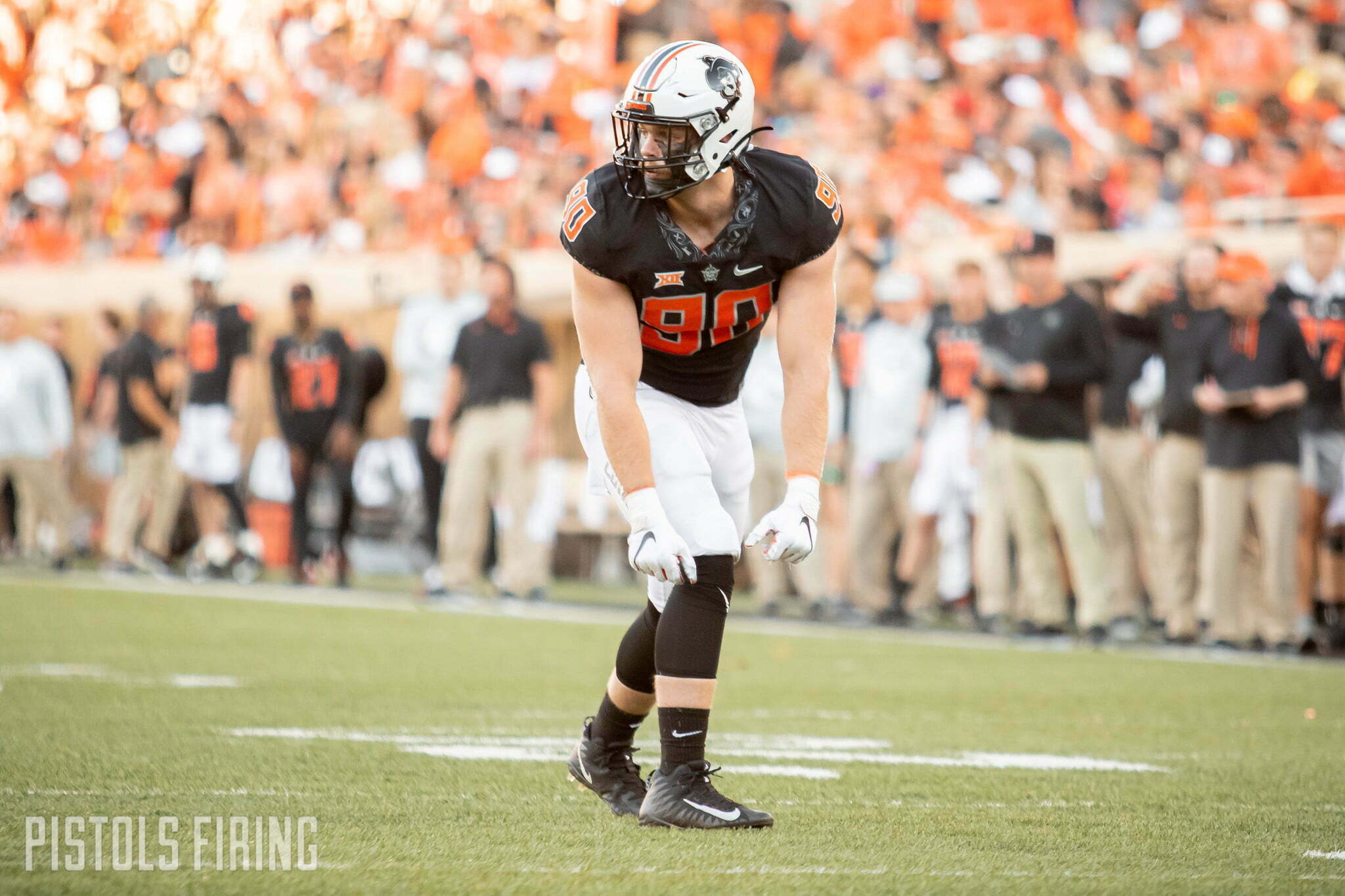 The Cowboys will have their leading receiving tight end back for 2023.

Braden Cassity, who plays the hybrid Cowboy back position, announced on Friday that he plans to return for a sixth season in 2023, and did so in creative fashion.

He tweeted a video clip of The Terminator, uttering the famous (and germane) phrase with Cassity’s own mustachioed face superimposed on top of Arnold’s while Friends in Low Places plays. The guy knows his audience.

Cassity signed the Cowboys as a three-star defensive end out of Westlake High School in Austin, Texas. After redshirting in 2018, he saw the field in every game in 2019 and 2020, mostly on special teams. He then made the switch to the offensive side of the ball and has started 13 games at Cowboy back the last two seasons. His sixth year is possible due to the NCAA’s Covid-19 eligibility waiver.

Heading into the Cowboys’ bowl game with Wisconsin next Tuesday, Cassity leads all Cowboy backs with five catches for 57 yards. He had a career-high, 38-yard catch-and-run in the TCU game. In OSU’s pre-bowl depth chart, he shares an “OR” with fellow Cowboy back Jake Schultz for starter.