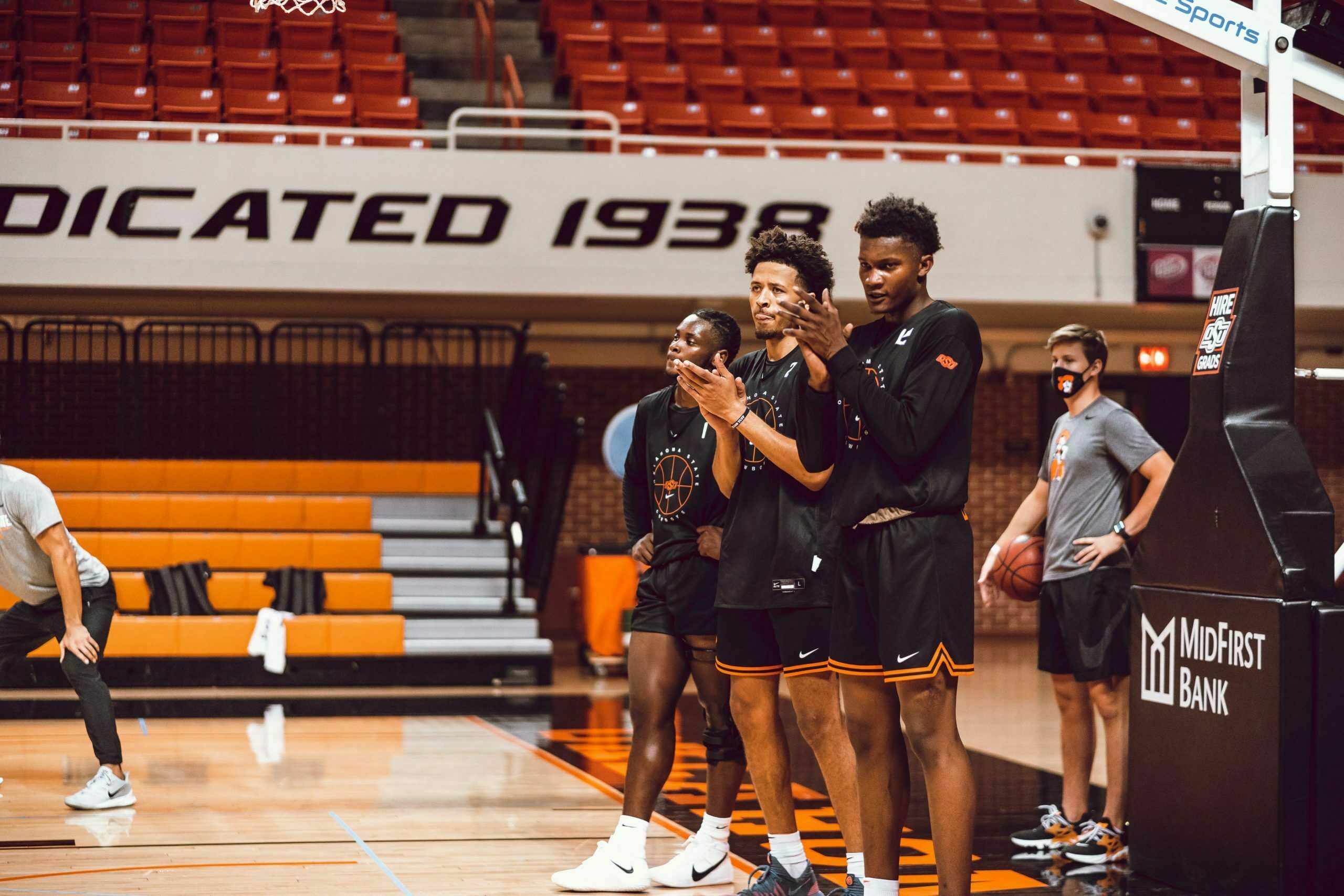 The Cowboys live streaming their first official practice of the 2020-21 season Wednesday was a success in a lot of areas.

It gave insight to the fans, it allowed players’ families to watch and it also allowed the NBA to peak in on what’s happening in Stillwater. Before Wednesday’s practice, Oklahoma State coach Mike Boynton said he thought there would be between 15 to 20 NBA scouts watching the practice.

Cade Cunningham, the projected No. 1 pick in the 2021 NBA Draft, is of course who caused all the hubbub, but while watching Cunningham, scouts will also get their eyes on Isaac Likekele, Kalib Boone and Matthew-Alexander Moncrieffe, all of whom have NBA potential.

“My correspondents, after we put out the information about our stream, they wanted the link,” Boynton said. “Several of them reached out, and they’re curious about some of those younger guys. Obviously, everybody knows Cade, but they’ve heard about these other guys. So, it’s a great opportunity for these guys if handled right to take advantage of the opportunity to be seen more. You’ll find out if they’re prospects or suspects.”

One practice isn’t likely going to tell a scout whether he should draft a player, but throughout the year, NBA teams will be checking in on OSU because of Cunningham.

Likekele is already viewed as a fringe second-round pick. Likekele flirted with the idea of the NBA early this offseason. He said going to the NBA Combine and still returning to school would’ve been perfect, but the pandemic messed all that up.

On more than one occasion, Boynton has said he isn’t sure Kalib Boone will spend four full years in Stillwater. Boynton is high on Boone’s abilities, and Boone showed why at times last season. Splitting starts with Yor Anei, Boone had five games of double-figure scoring as a true freshman.

As for Moncrieffe, Boynton said in April that the Canadian would’ve been a Top 20 player in the 2020 recruiting class had he played his prep ball in the United States.

“Another opportunity for exposure for these guys,” Boynton said. “That’s obviously part of what we’re supposed to do, is put these kids in position to have success as they move forward in their careers.”