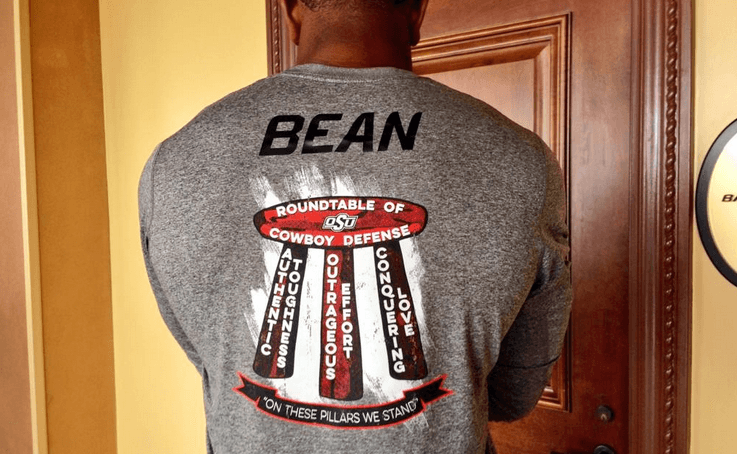 In the preseason Glenn Spencer disclosed the three pillars upon which his defenses are built.

They are all awesome and crazy and as Glenn Spencer as it gets. On Monday Jimmy Bean showed off the shirts Spencer had made for posterity:

Jimmy Bean's (@j_bean92) shirt today displayed the credo for the #OKState defense. "On these pillars we stand." pic.twitter.com/2SQHoeBhpX

My only issue is that that’s a stool and you generally sit on stools. Or I do, anyway.

Whatever, though, because OSU’s defensive coordinator had shirts made that said “conquering love” on them and that’s as boss as it gets.