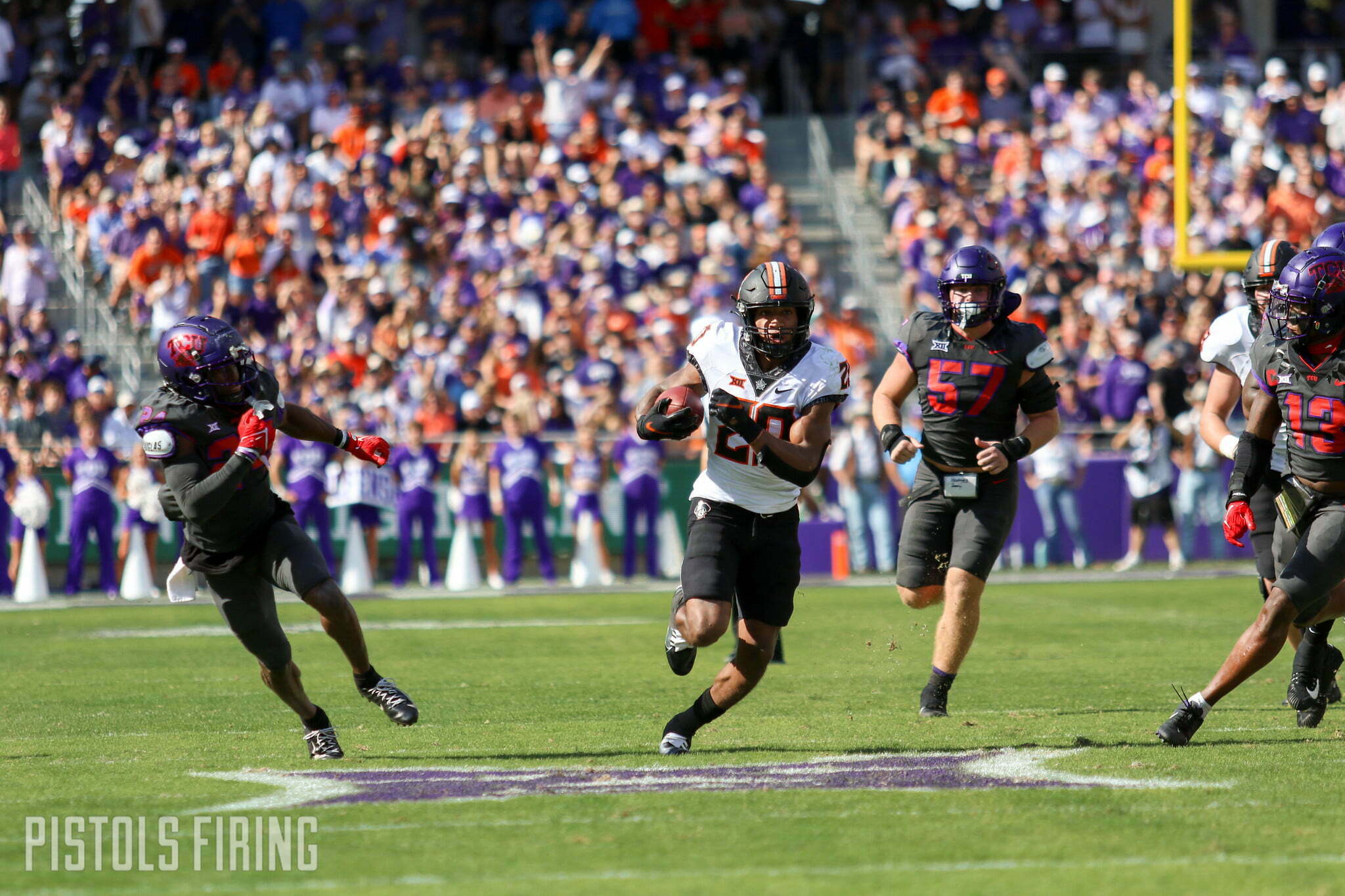 The Cowboys came back from Fort Worth with their first loss of the season. So it should be no surprise to see them take a hit in the polls.

Oklahoma State dropped from 7th to 11th in the USA Today AFCA Coaches poll after a 43-40 double-overtime loss to then No. 15 TCU. The Horned Frogs jumped seven spots to No. 8 elbowing the Cowboys out of the ranking’s Top 10.

Here’s a look at the full Coaches Top 25.

The Cowboys weren’t the only Top 10 team to take an L. No. 1 Alabama fell to then 8th-ranked Tennessee in Knoxville. The Crimson Tide fell to sixth in the ranking and the Vols jumped up to No. 4. No. 6 USC fell to No. 19 Utah, causing the Trojans to also fall out of the to Top 10.

Kansas is out after its loss to Oklahoma in Norman. The Jayhawks finally landed in the ranking after starting 5-0, but since have dropped two straight. Baylor is also out of the Coaches ranking after its own 43-40 loss to West Virginia. Texas moved up three spots to 21 after edging out Iowa State. Kansas State dropped a spot to 17 during the Wildcats’ bye week.