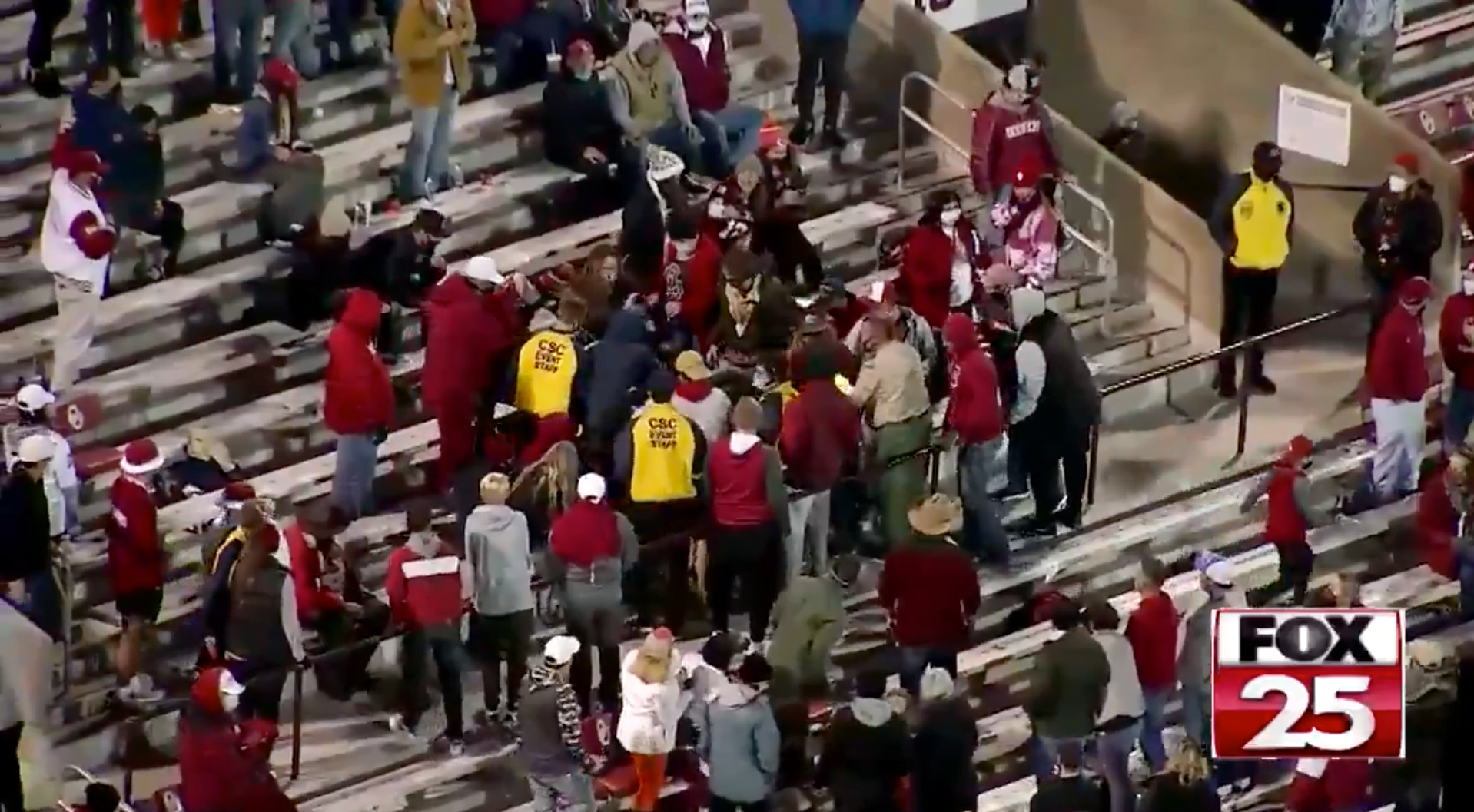 An Oklahoma State equipment manager was allegedly assaulted on Saturday by OU fans during Bedlam while trying to retrieve a game ball following a made field goal by OSU in the second quarter. He suffered a broken rib.

Ashley Jenkins, the aunt of the equipment manager, wrote in a post on Facebook that he is a student at OSU and works in the football department. She said DJ was “attacked by 5 adult men OU fans” who tried to get the ball away from him.

“They punched him and threw beer on him,” she wrote. “He has a broken rib and is very sore.”

In a statement made to KFOR’s Jessica Bruno on Monday, OU’s athletic department said it is “aware of the interaction between some fans and an Oklahoma State team staff member.” OU said it was turning over matters to its police department and an investigation into the incident is underway.

“No matter the outcome of the investigation, physical contact by any fan with an employee of any team is unacceptable,” OU said.

Here is video of the incident.