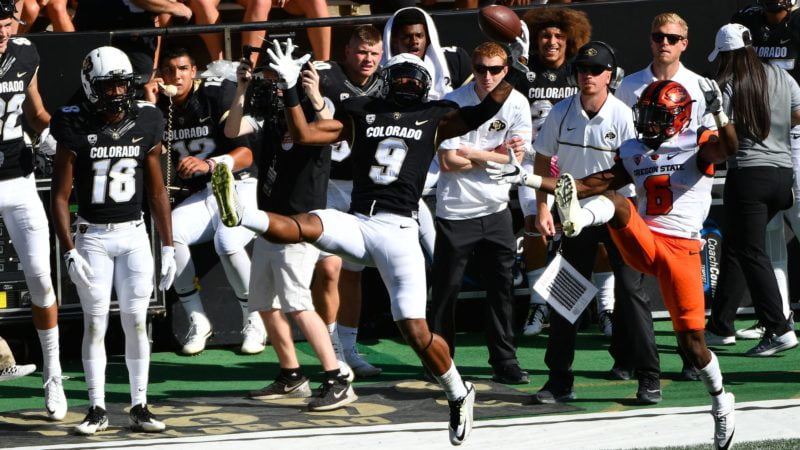 While Mike Gundy sat next to Colorado head coach Mike MacIntyre in San Antonio on Thursday, most were focused on the rumors about the OSU coach and reported talks with Baylor. Mike Gundy’s focus was nearly 1,000 miles away on his counterpart’s vaunted secondary.

Gundy shared as much.

“They have skill in the secondary. We’ve had a brief meeting, but feel like this could be the best secondary that we may have faced as a group throughout the year.”

He may be right.

The Buffaloes rank 29th nationally in opponent long-pass plays (plays allowed of 10 yards or more) with 93. On plays of 20-plus yards, they are 19th having allowed only 31.

On plays of 50 yards or more? Colorado has given up only two all season.

Of the teams that OSU has played, the closest to those numbers plays in the MAC. Yeah, them.

Colorado is also one of the nation’s best in interceptions (15, tied for 14th nationally), which poses a challenge for Mason Rudolph who will look to bounce back from a sub par showing against Oklahoma.

“We’ve watched a good bit of them this past week and they have a very physical defense and some pretty physical corners”, Rudolph said. “They play well all-around, but especially in space so it’s going to be a challenge. I think we’ve been challenged all year and I think we’ve grown a lot from where we were back in August and I think we’re up for the challenge.”

On Friday, Mike Gundy expanded on the Buff’s secondary.

“Their corners are really good. I would say they’re a senior-dominated defense. I would say that three, maybe four could play in the NFL. That’s why their numbers are so good on defense.”

Those seniors do dominate.

Senior corners Chidobe Awuzie and Akkello Witherspoon and senior safety Tedric Thompson all were selected to the All-Pac 12 second team.

Thompson in particular can cover a lot of ground from the safety spot. He’s a big hitter and also accounts for near half his team’s interceptions with seven. That’s tied for second in the nation.

Let’s take a look at the key players in the Buff’s secondary.

If the Cowboys want to come home from San Antonio with an Alamo Bowl trophy, they are going to have to play to their strengths. That means getting something going in the passing game. Against the Buff’s defensive backfield, that’s not going to be easy.