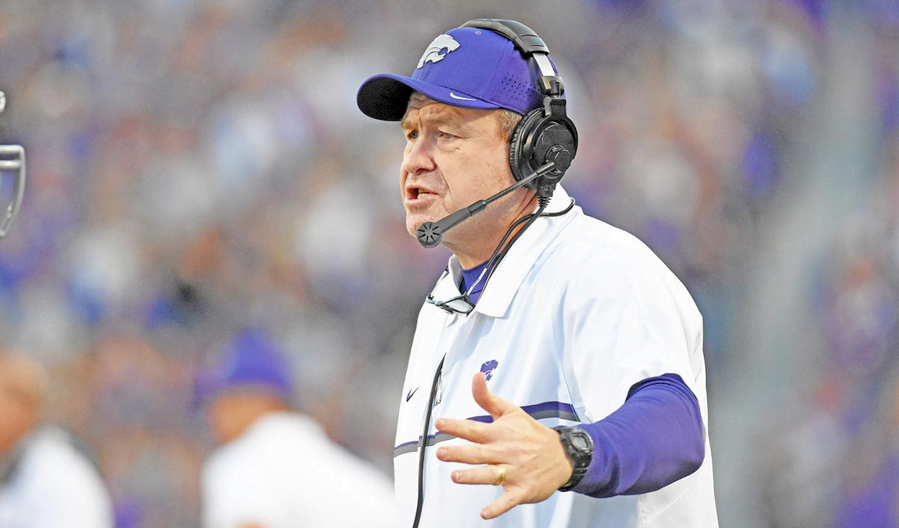 Replacing Josh Henson’s production as a recruiter is an impossible task for Mike Gundy. Which is why there’s a lot to be learned about the recent hiring of former Kansas State offensive line coach/co-OC Charlie Dickey. What is Gundy looking for in Dickey? What does he expect?

One thing that seems clear is that Dickey can do more with less. Dickey’s offensive lines perpetually outperformed their recruiting stars in Manhattan, as many OSU players do. Hiring Dickey, it seems evident Gundy knows that finding as voracious a recruiter as Henson was unlikely, so instead he’s opting for fit and grit in a coach who has proven his resume on development.

But what kind of player should we expect Dickey to start reeling in? After all, K State gets a rap for being a so-so school at recruiting at best, and a Hey kid, can you bale hay? Cool, you’re in! school at worst.

Here’s a look at his track record dating back to 2009. He never brought in a four-star or five-star, and instead brought in almost exclusively three-stars (with the exception of a handful of low twos. Here’s the per-player ranking average since 2009.

So what does the average ranking mean, you might ask? That’s an aggregate of each commitment’s ranking at time of signing. According to 247’s ranking scale, which lists a three-star prospect between an 80 grade and 89, that means Dickey signed mostly low-to-mid three-stars on average.

So how does this compare to Henson’s track record? His first official class came in 2018 after being hired in early 2017 following the completion of the 2017 class, and he rocked both in terms of getting guys to commit, in getting guys not to decommit, and in getting highly-touted guys.

Over the last decade or so, OSU has sometimes opted to use the junior college level as a last resort to supplement depth when young prospects on the roster aren’t quite ready — or when OSU needs help immediately. But the encouraging thing with Dickey is that he embraced the junior college ranks, as K-State’s staff did, and found success doing so.

For as average as Dickey recruited at Kansas State, he really put a new definition on the doing more with less mantra. In 2014, offensive center B.J. Finney was named co-offensive lineman of the year, and in 2018, Dalton Risner shared the honor with Yodny Cajuste and Dru Samia.

Finney was a two-star prospect in the 2010 signing class, and Risner, a three-star prospect whom Dickey landed out of Colorado, was not even a top-500 player nationally. The latter has a chance to be a first- or second-round pick in the NFL Draft this spring. The last offensive lineman to be drafted from OSU was way back in 2010 when Russell Okung went top 10. Perhaps with as much talent as he’ll inherit, Dickey can change that number and develop his fully-stocked cupboard into an elite line that once was synonymous with OSU football.