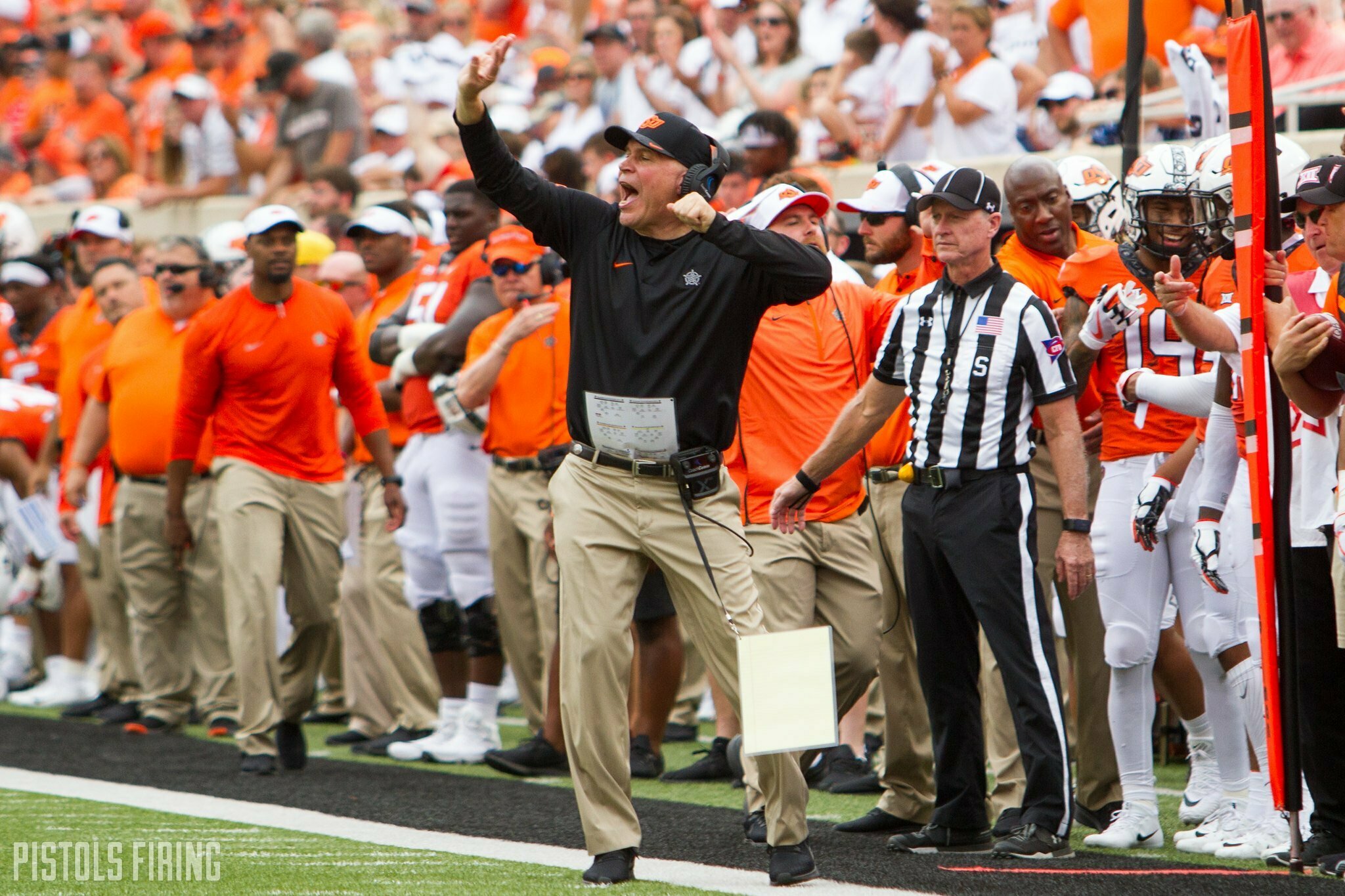 STILLWATER — If there’s anything to be learned about Jim Knowles through his first two seasons in Stillwater, it’s that he doesn’t mind using true freshmen.

Last season it was a group of safeties in Kolby Harvell-Peel, Jarrick Bernard and Tanner McCalister who all forwent their redshirts to play in Knowles’ defense. After Tuesday’s practice, Knowles mentioned four true freshmen that could get some early run this season: Na’Drian Dizadare, Kamryn Farrar, Thomas Harper and Jayden Jernigan.

At the media golf outing last week, Knowles shared a concern with his depth at linebacker. Calvin Bundage and Devin Harper have been limited with injury thus far in fall camp, so apart from Amen Ogbongbemiga and Kevin Henry, the group is quite thin.

“It’s still a concern,” Knowles said. “I’m very concerned about our linebacker depth. Na’Drian Dizadare is starting to step up as a true freshman. Another true freshman I think is going to have to play is Kam Farrar. We gotta get him ready. He’s got a lot of talent just to find the football. He doesn’t really know where to lineup or what to do, but he’s got talent to find the football. I think both those guys are gonna have to play because we have depth issues there.”

Knowles has been high on Dizadare for a while now, as he enrolled in the spring, but Farrar just got to Stillwater for fall camp, meaning Tuesday was only his fifth practice as a college football player.

Stepping away from linebackers, Knowles mentioned two other freshmen who could contribute this season in Harper, a cornerback, and Jernigan, a defensive tackle, both of whom enrolled early.

Harper’s rise through the spring has been well documented, with even Mike Gundy praising the young corner. On Tuesday, Gundy said Harper was getting some runs with the twos. At this point it’d be hard to imagine him not getting at least some snaps this season.

Three of the four players Knowles pointed out as true freshmen who could contribute enrolled in the spring. He said that extra semester is a big deal.

“It helps a ton,” Knowles said. “Look at those guys, there’s Dizadare, Jayden and Thomas, and they’re all playing. I think it’s a big benefit for them and for us to have them here in the spring. They missed their senior prom, I feel bad for them, but we’re glad to have them.”