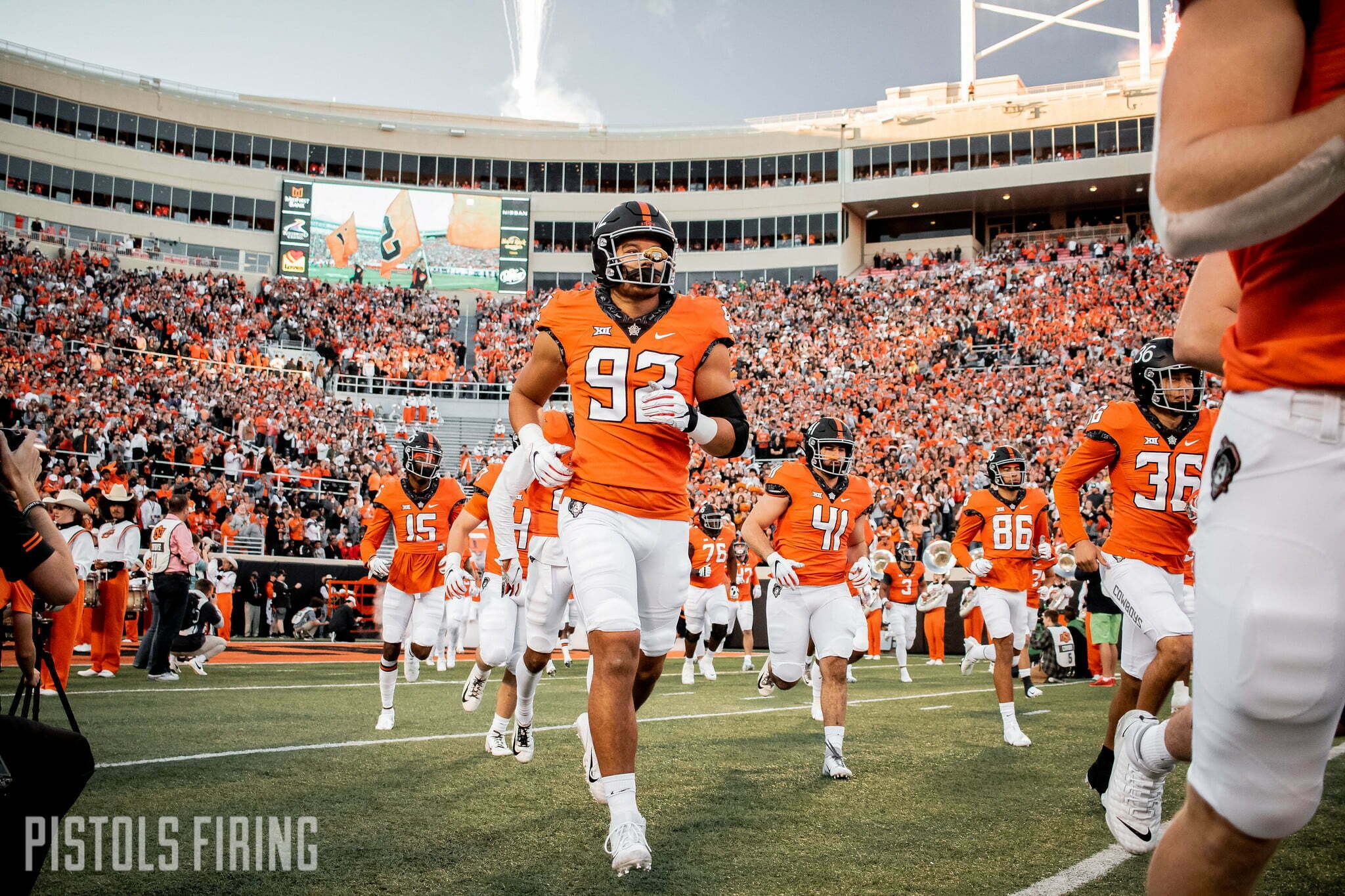 The Cowboys and Jackrabbits are set to square off for the first time.

Oklahoma State added South Dakota State for a future season opener, according to FBSchedules.com. The first ever meeting between the two schools is set to take place in Boone Pickens Stadium on Saturday, Aug. 31, 2024. The website obtained a copy of the contract which guarantees SDSU $450,000 for making the trip.

This agreement fills out the Pokes’ 2024 nonconference slate which also includes a visit from Arkansas on Sept. 7 and a trip to Tulsa on Sept. 14.

South Dakota State plays in the Missouri Valley Football Conference of the Football Championship Subdivision. The Jackrabbits went 11-4 last season (5-3 in-conference) and advanced to the FCS Semifinals before falling to Montana State. South Dakota State shares a conference with Missouri State, which the Cowboys edged out 23-16 in their season opener last year. The Bears finished 8-4 (6-2), for reference.

Mike Gundy is 13-0 against FCS opponents during his 18 years at the helm in Stillwater. Other than the shortened 2020 season, OSU is scheduled to face an FCS opponent every year from 2018 through 2024. There is still an open slot in the Cowboys’ 2025 schedule. Murray State and Western Illinois are currently on the Cowboys’ 2026 and 2027 schedules, respectively.