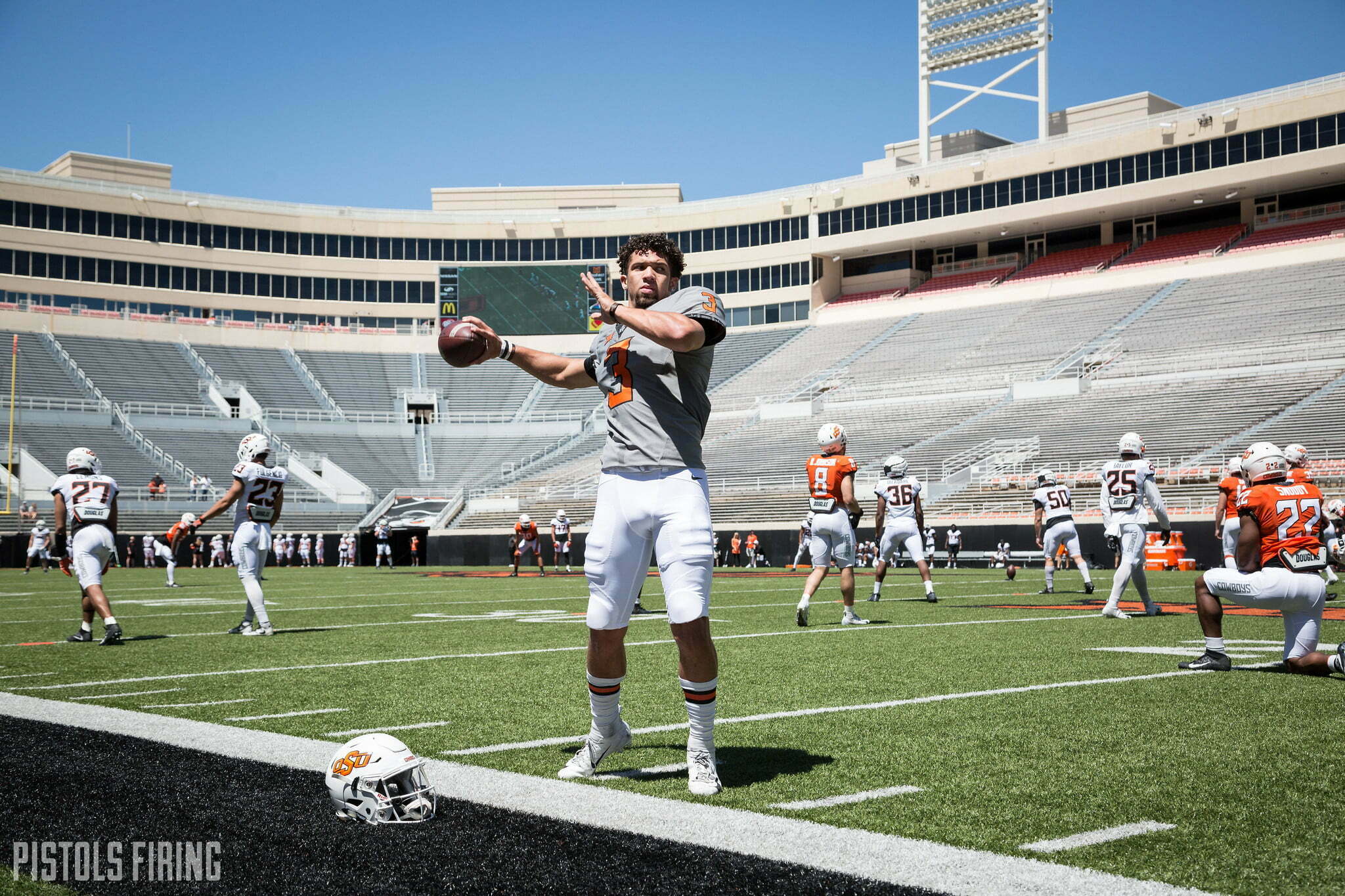 A milestone on the road to the 2022 football season is just three weeks away.

Spring camp will consist of 15 practices over five weeks and will culminated in a Spring Finale. Last spring, OSU held a full scrimmage between the Orange and Black teams like it has in the past. No details have yet been announced on what the “Spring Finale” will look like.

The Cowboys said goodbye to some big names from 2021 like Jaylen Warren, Malcolm Rodriguez, Tay Martin, Kolby Harvell-Peel and others, so coaches will have plenty of holes to fill. These practices will be huge in laying the groundwork for making those decision. It will also be the first chance for coaches to get a look at early enrollees like Garret Rangel, Ollie Gordon, and Talyn and Tabry Shettron.

Here’s a look at the schedule as we know it: