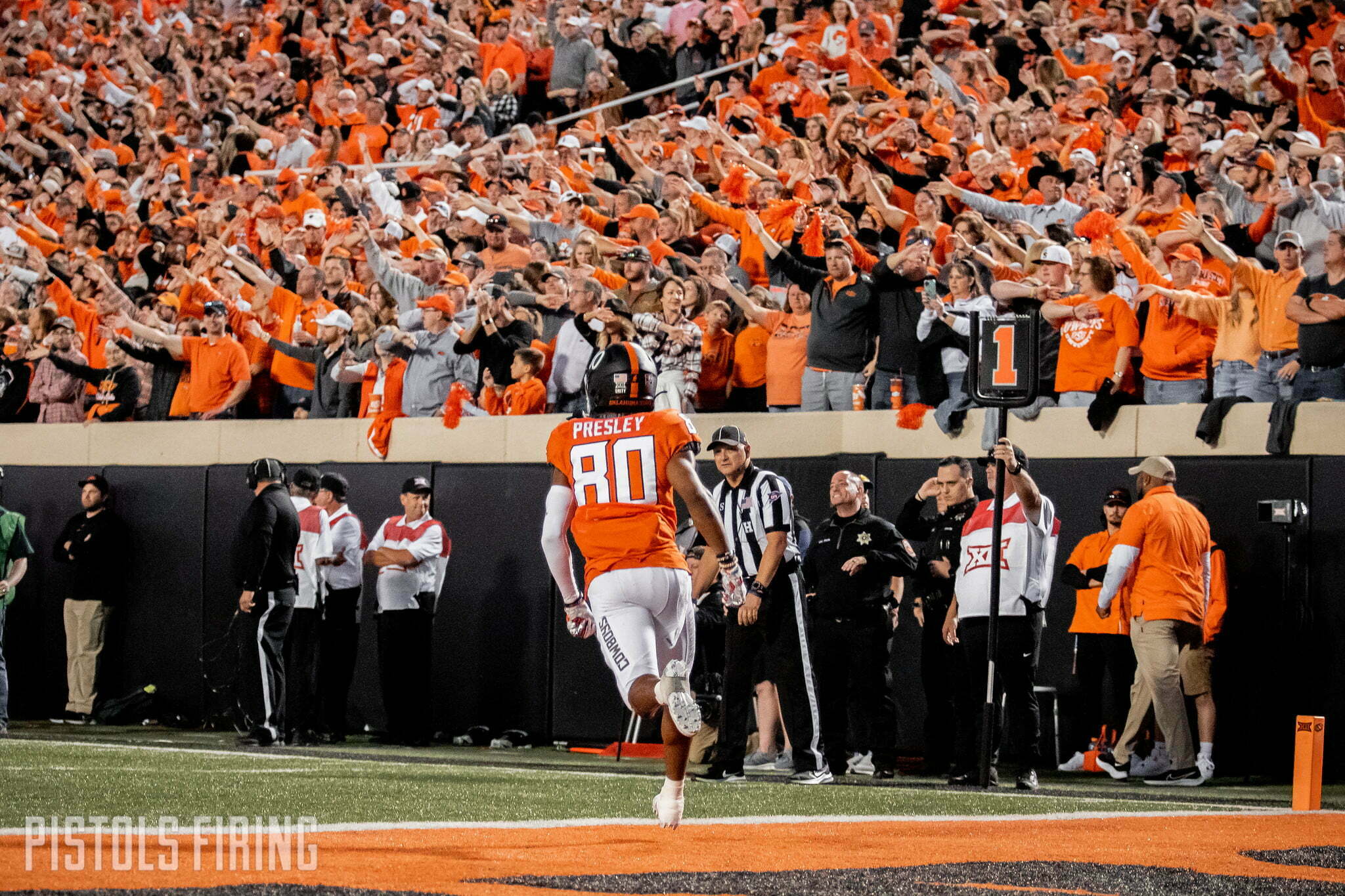 West Virginia hasn’t exactly been a dominant force in the Big 12 race — it is 2-3 in league play and 4-4 overall — but Vegas is giving it plenty of respect Saturday with No. 11 Oklahoma State headed to Morgantown.

The Cowboys (4-1 Big 12, 7-1 overall) are only a field goal favorite over the Mountaineers in the matchup despite one of the best resumes in college football and despite running it up on Kansas on Saturday. (OK, so maybe the Kansas win shouldn’t mean all that much, but style points are style points.)

It’s the smallest margin OSU is favored to win by since the Baylor game when it closed as a 3.5 point favorite. (Though it was underdogs in the next two games against Texas and Iowa State.)

Being favored has been, well, favorable for OSU this season: It is 5-0 entering games in which it is expected to win and 2-1 when an underdog. Saturday, though, will mark the first time all season in which it will enter the game as a road favorite.